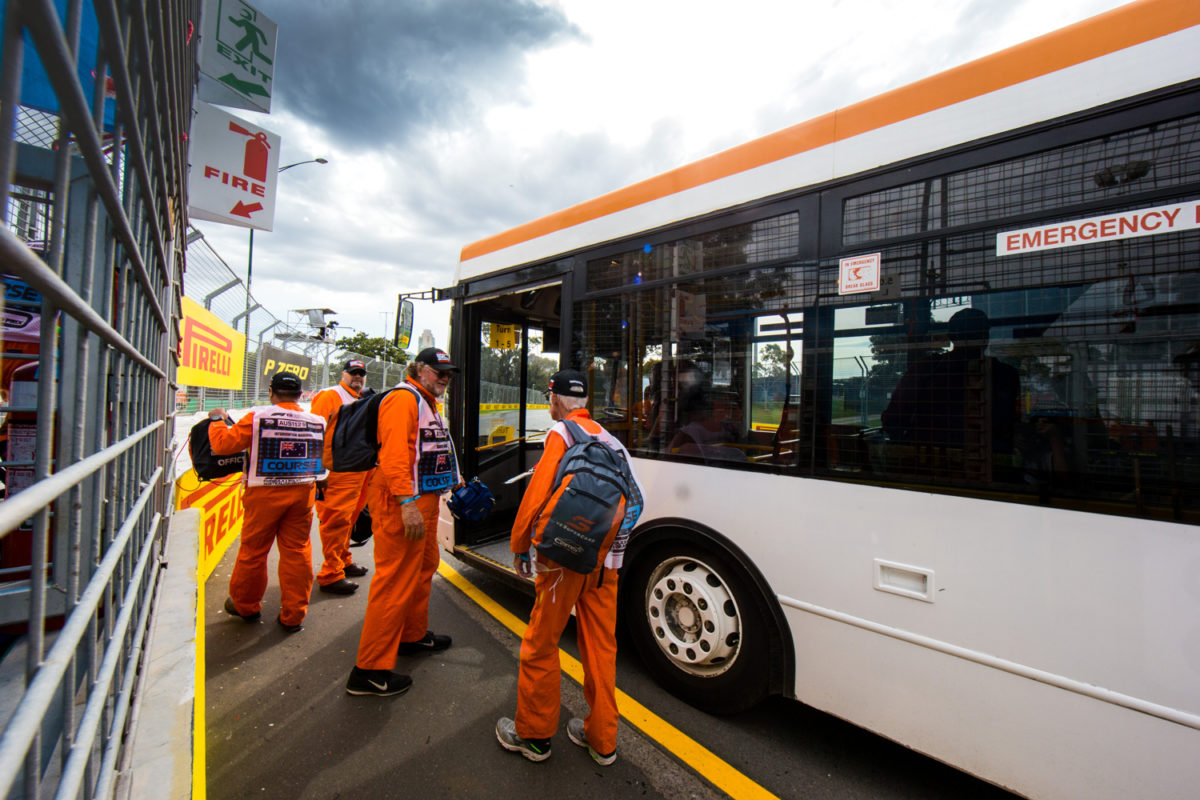 Motorsport Australia CEO Eugene Arocca has moved to pay tribute to the volunteer officials and staff for their patience and dedication during the Australian Grand Prix cancellation saga.

The Australian Grand Prix Corporation finally confirmed that the Formula 1 round was off in a statement released at 10:10 local time/AEDT, just under two hours before F1 practice was to have started, and when Supercars Championship Qualifying for Race 5 was due to commence.

By then, marshals had long been in their positions around the Albert Park Grand Prix Circuit, with none having opted to skip proceedings, according to a post from Arocca on his LinkedIn account.

“A tribute to our wonderful volunteer officials and staff,” wrote Arocca.

“On Friday morning as I drove to the Albert Park track, the news feed was that the Aus GP would be cancelled.

“Fearful of having to tell the AGPC we could not provide support for the event, I wondered how many of our volunteer officials would decide not to come to ‘work’.

“I need not have worried!! I arrived at the early morning muster to find all 950 had shown up, kitted up and ready to do their bit.

“With the help of Mike Smith (Motorsport Australia Director of Motor Sport & Commercial Operations), Dr Brent May (Event Chief Medical Officer) and our staff, we explained what lay ahead and reminded them about the steps to be taken re COVID-19.

“We did not get one question or any push back. No complaints, no whinging.

“They broke up into their teams and went out to their positions – where they waited for another two hours before being told the race was cancelled.

“We returned to the muster and there they all were again – disappointed but united.”

Despite the dramatic circumstances and lack of clear messaging from the AGPC and Formula 1, even through the press conference initiated after the cancellation announcement, Arocca said that how the Motorsport Australia volunteers reacted was a ‘highlight’ of his time in the sport.

“I have experienced highs and lows in sport but this would have to be one of the highlights – the response from our wonderful, magnificent and world’s best volunteer officials was inspiring,” he added.

“From everyone at Motorsport Australia – THANK YOU!!

“I could not be prouder of the response from our loyal volunteers and our hard working staff.”