Formula Ford opener set to go ahead despite coronavirus

Formula Ford opener set to go ahead despite coronavirus 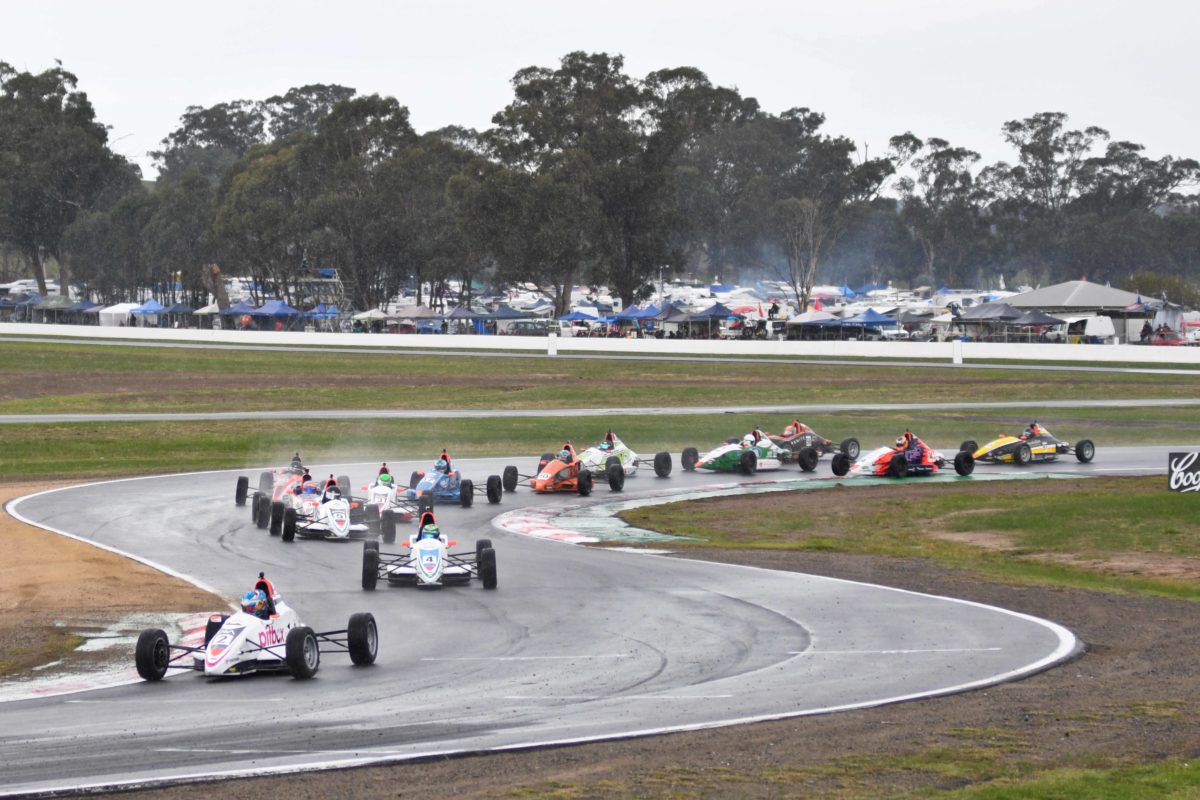 Formula Ford at Winton in 2017

This month’s Australian Formula Ford series opener is currently set to go ahead, with organisers providing correspondence which states that it is not affected by coronavirus-related precautions regarding mass gatherings.

The Formula Ford Association (FFA) issued a release to competitors this afternoon with attached emails assuring that, on current advice, the Victorian State Circuit Racing Championships (VSCRC) meeting at Winton Motor Raceway is set to proceed as scheduled on March 27-29.

That communication, also received by Speedcafe.com, includes copies of emails from representatives of Winton and VSCRC stating that the government advice against the holding of non-essential gatherings of over 500 people does not apply to such meetings.

It does, however, indicate that the staging of the Winton meeting, which features Round 1 of national Formula Ford competition and Round 2 of Victorian Formula Ford, is subject to discussions with Motorsport Australia which are due to take place early next week.

According to the Federal Department of Health, in information last updated today at 10:00 AEDT, “the Australian Government has advised, effective from Monday 16 March, organised, non-essential gatherings should be limited to 500 people.”

Among the emails disseminated by the FFA is one from Michael Holloway, Treasurer of the Victorian Mini Club Inc which is a co-promoter of the meeting, which was sent on March 13 at 21:36 and specifically addresses the status of the meeting.

“In light of the current health concerns regarding the Corona virus we are working our way through a number of issues.

“At this time the meeting is still scheduled to go ahead. As you will be ware there are a whole raft of matters to be taken into consideration.

“Early next week we will have discussions with Motorsport Australia and Winton.

“As soon as a decision has been reached we will let all the competitors and officials know.”

Brenton O’Brien, Winton’s Sales/Marketing Manager, backs up the claim in an email sent earlier this afternoon, advising that that activities at the rural Victorian circuit are currently unaffected.

“You can be assured that at this time, and for the foreseeable future there is no change here at Winton Raceway with our Test and Tunes,” reads an email, in part, from O’Brien.

“We are a large outdoor area that has extra handwashing/cleansing facilities available if you feel the necessity.

“As it stands there is no change at Winton, we are not affected by the Government’s recommendation for these type of events.

“You can be assured that we have, and will continue to have the facility being managed business as usual.

“There is a Test and Tune this Friday the 20th, immediately followed by a Test Tune and Timing the following day on Saturday the 21st of March.

“You are encouraged to come along and continue to enjoy what we have on offer. We look forward to seeing you here to get the most out of what you run.”

Speedcafe.com understands that the Shannons Motorsport Australia Championships meeting on the same weekend at Sydney Motorsport Park, which includes Round 1 of TCR Australia and V8 Touring Cars, is also slated to go ahead in that date slot.