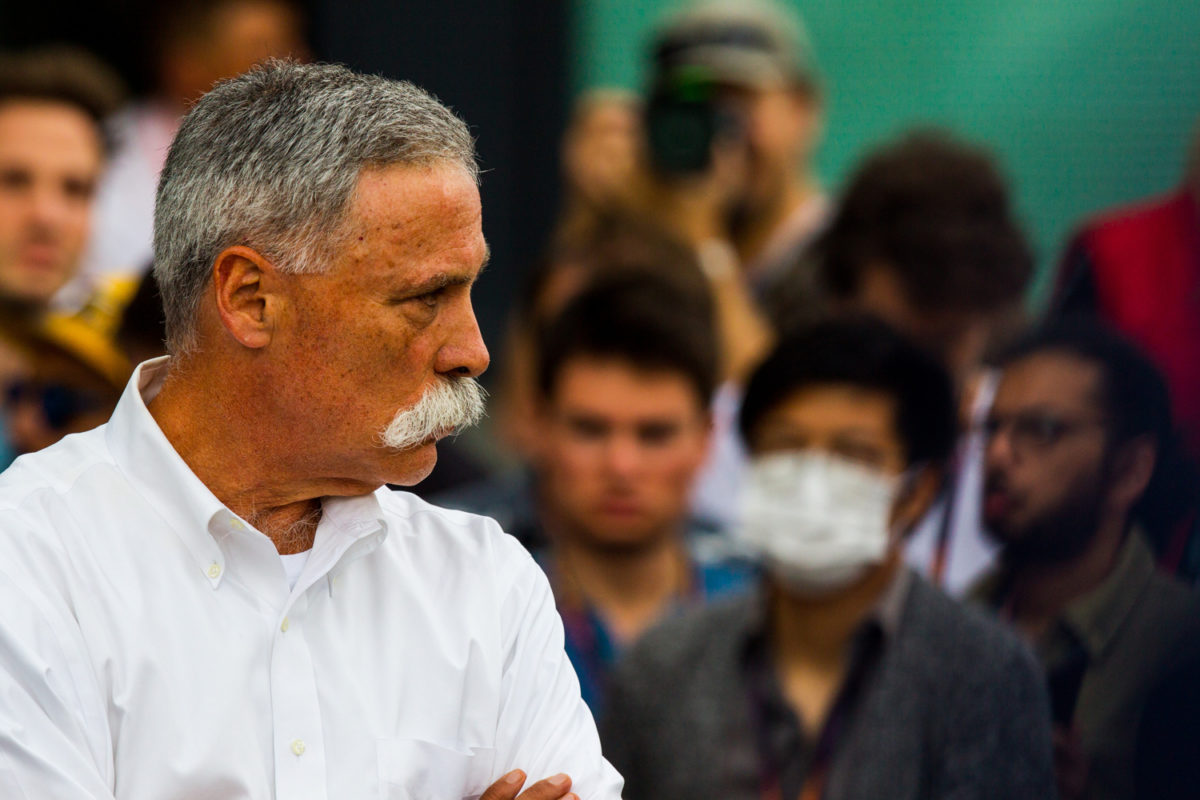 Formula 1 CEO Chase Carey has attributed the decision to cancel the Formula 1 Rolex Australian Grand Prix to an “accumulation of facts” in recent days.

The cancellation was only announced by the Australian Grand Prix Corporation (AGPC) at 10:10 local time, less than two hours prior to the scheduled start of F1 Practice 1 at Albert Park.

According to that AGPC statement, it was “advised by Formula 1 of their intention to cancel all Formula 1 activity” at 09:00 local time.

Carey acknowledged that the returning of a positive test for coronavirus for one of McLaren’s team members, precipitating that team’s withdrawal from the round, was a pivotal moment.

However, he cited broader developments globally and in Australia as being just as significant factors, if not more so.

“I think there were an accumulation of facts that led to the decision,” said Carey.

“Certainly, the infection from the McLaren individual was one, but really the situation has continued to change rapidly.

“You go back and look four days ago; you had very different situations around the world, whether in Europe or the US, or various events, and so it is an evolving situation. All those facts are part of what we deal with.

“There obviously were other individuals being tested here, so clearly the situation here was very different than it was Sunday when you had an event with close to 100,000 people (Women’s Twenty20 World Cup Final) here on the ground.

“We’re a sport travelling around the world that really started moving everything here last weekend, so there is a lead time to what we do.

“In hindsight, obviously it looks different, but when things were changing as rapidly as they were, I think we were dealing with it in real time.”

There remain unconfirmed reports that multiple drivers including Sebastian Vettel and Kimi Raikkonen flew out of the country in the early hours of Friday morning.

AGPC Chairman Paul Little claimed to not be aware of those departures and said that they were not a factor in the decision, but did refer specifically to the McLaren crew member’s diagnosis.

“We certainly weren’t aware of anyone leaving,” stated Little.

“If that was the case, we didn’t know about it.

“Look, I think it was the McLaren test coming back as a positive test was obviously something that needed to be addressed medically.

“The medical people met overnight in relation to that, who that individual had contact with.

“It was pretty clear-cut and all the way through this, we haven’t questioned the input from that critical source for us.”

Carey also alluded to disagreement among some parties during overnight discussions about whether or not to proceed with the Australian Grand Prix, but said that it was a joint decision in the end.

“In terms of the decision, we spent the last evening really getting input from everybody,” he explained, although it is believed Ross Brawn, F1’s Managing Director of Motorsport, was involved in those discussions and not Carey, who was in transit from Vietnam.

“It was a joint decision; the FIA, our Australian partners, ourselves, certainly input from the teams.

“As would be expected, there are a range of views; we’re dealing with things (in) real time, in a very difficult, challenging situation.

“Were there differing views and differing opinions? Yes, and I think that’s what everybody tried to wrestle through, but I think we got to the right place and we all agree we made the right decision.”

Since Carey spoke, the Bahrain and Vietnam races have also been postponed, a status already applying to the Chinese Grand Prix, meaning May’s Dutch Grand Prix is provisionally the first round of the season.