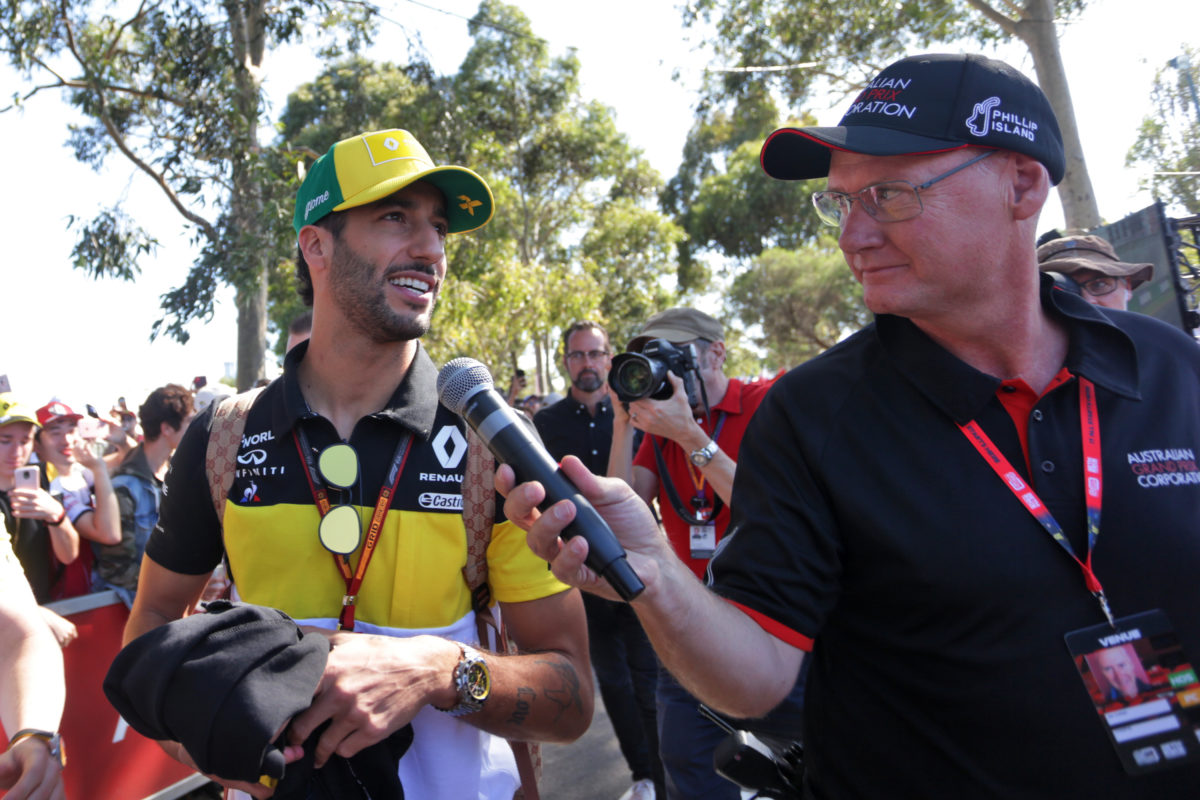 Daniel Ricciardo has described himself as ‘devastated’ at the cancellation of his home grand prix at Albert Park due to the coronavirus outbreak.

The decision followed McLaren’s announcement late last night that it had withdrawn from the round after one of its team members tested positive for coronavirus.

Ricciardo supported the call to cancel the event, but also expressed his regret on behalf of the fans, many of whom were queued outside gates this morning without knowledge of what was unfolding inside the circuit.

“I’m devastated I can’t compete at my home GP here in Melbourne & get the season started,” wrote the Renault F1 Team driver on social media.

“Ultimately though the right decision has been made & I think everyone can understand this is something we’ve never seen before.

“Sorry to all fans who came out for the support. Much love”

The Renault factory team itself also issued a statement following the cancellation of the race, in which it too backed the decision.

“Renault DP World F1 Team acknowledges and fully supports the decision of F1 and the FIA to cancel the 2020 Australian Grand Prix,” read the statement.

“We are disappointed not to be able to race in front of the passionate Australian fans who have shown such support of our team and Daniel, however the health and safety of our team members and the wider F1 community is of paramount importance.

“Our thoughts are also with our partner team, McLaren Racing as they deal with a confirmed case of COVID-19.”

Since the cancellation, McLaren has advised that another 14 of its team members have been placed into quarantine having been in close contact with the infected person.

I’m devastated I can’t compete at my home GP here in Melbourne & get the season started. Ultimately though the right decision has been made & I think everyone can understand this is something we’ve never seen before. Sorry to all fans who came out for the support. Much love 💙