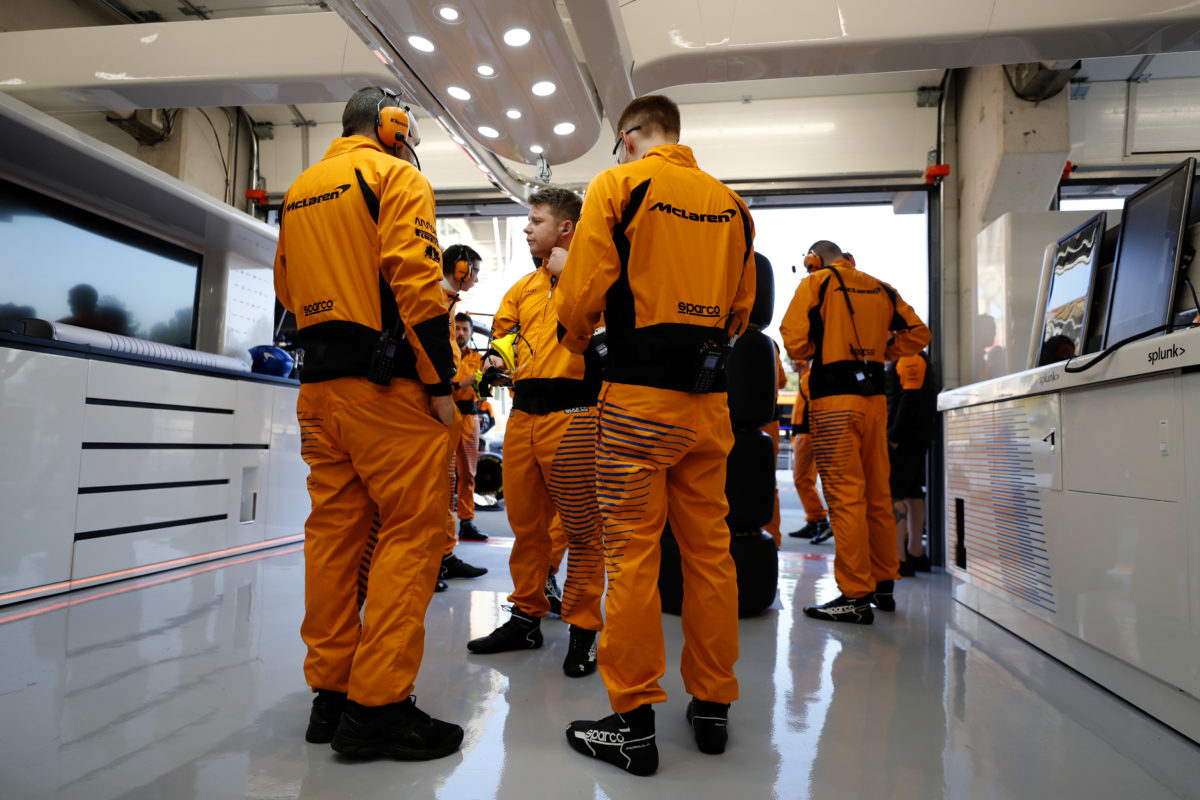 McLaren has advised that 14 of its team members have been placed into quarantine in addition to their colleague who has already tested positive for coronavirus.

The decision, made overnight in consultation with local health authorities, was taken due to their “close contact” with their infected colleague.

McLaren, which had already withdrawn from the Formula 1 Rolex Australian Grand Prix following the positive diagnosis, made its latest announcement in a team statement issued after confirmation that the event had been cancelled altogether.

They will remain in the team hotel for 14 days, but will have senior team personnel with them.

Staff returning to the United Kingdom will be kept away from McLaren’s Woking base for the same period of time.

Thus far, only the aforementioned McLaren crew member has been confirmed as returning a positive test for coronavirus.

Another seven Formula 1 team members are known to have been tested and cleared of infection, although the status of another person connected to the paddock, an Australian photographer sighted by Speedcafe.com yesterday, is unconfirmed.

Red Bull Racing Team Principal Christian Horner has expressed his doubt that the Bahrain Grand Prix will go ahead next weekend in light of the Australian cancellation.

It has already been decided that spectators will be barred from entering the Bahrain International Circuit.

Speedcafe.com revealed this morning that the Vietnam Grand Prix, which is currently scheduled for April 3-5, is set to be cancelled.

The Chinese Grand Prix that was to follow a fortnight later has formally been postponed.

Further to McLaren’s withdrawal from the 2020 Australian Grand Prix, we are now in a position to provide a further update.

McLaren fully supports the decision taken by Formula 1, the FIA and the Australian Grand Prix Corporation to cancel the event.

Overnight, 14 members of the team, in addition to the one confirmed case, were placed in quarantine at the team hotel for 14 days, in accordance with local health authority directives. These are individuals who had been in close contact with the team member who tested positive for coronavirus. These individuals are being supported by senior team personnel, who will stay behind with them during the quarantine period.

Any other team members who show symptoms will be tested immediately and self-isolate, in line with our protocol.

Other members of the team have been cleared to return to the paddock to pack down team equipment before travelling back to the UK. On arrival in the UK, no race team member will return to the McLaren Technology Centre for a period of 14 days, as a precautionary measure.