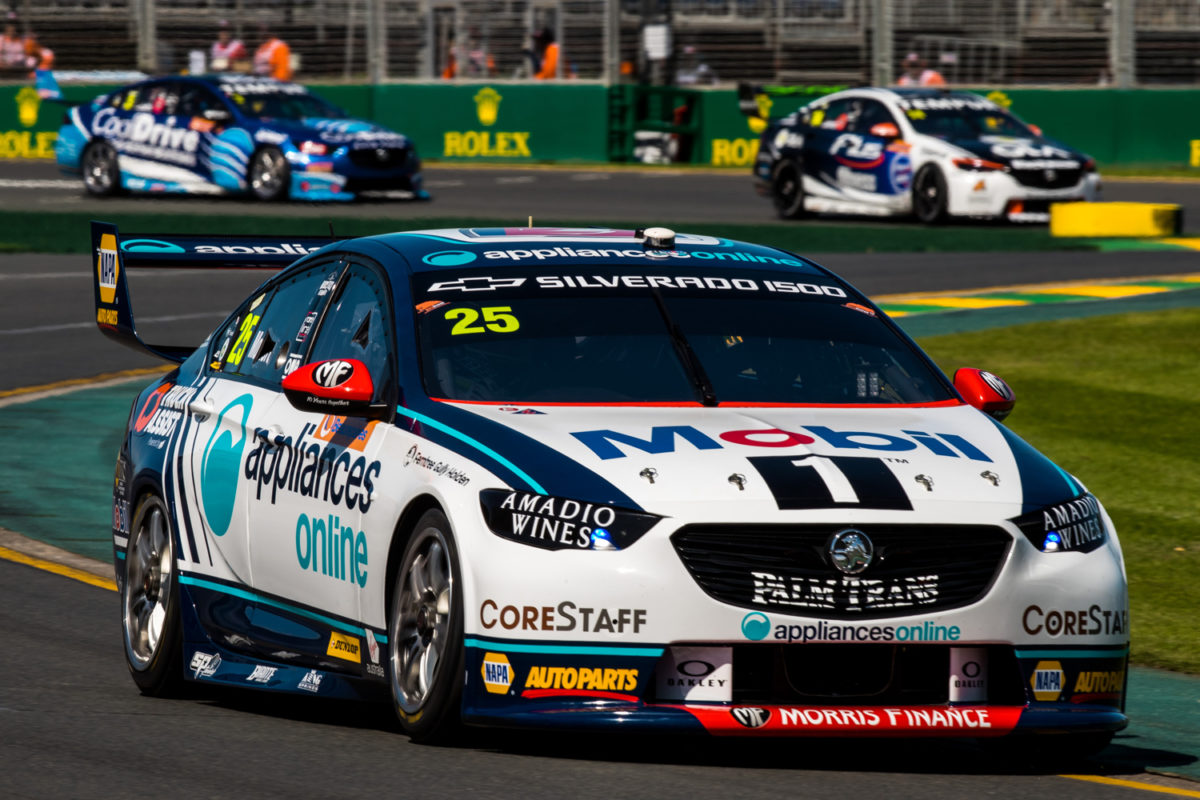 Time is running out for two prospective manufacturers to enter Supercars as they await a definitive Gen3 regulation set says Ryan Walkinshaw.

At the season-opening Adelaide 500, the Walkinshaw Andretti United team boss said his preference is to no longer race a Holden ZB Commodore in 2021.

That came after news General Motors would pull the Holden brand from the marketplace by the end of 2020.

Walkinshaw spoke with select media at the Beaurepaires Melbourne 400 where he expanded on recent comments surrounding the team’s future.

Asked about whether there was a deadline for introducing a new manufacturer to the championship, Walkinshaw quipped, “yeah, two months ago.

“It doesn’t mean it’s off, but it just means that every week that you wait, it’s going to cost you more money and put more risk in the programmes.

“We’re not going to go and do anything and screw it up just because we’re trying to rush it in. It has to be done in the right way.

“I think we’re still in that sort of period where we can achieve that, but every week that goes on… Anything can be done, but obviously costs increase and stress on the organisation and our people will increase as well.

“We haven’t got a huge team of people, we’ve only got a few guys who can do this work. They’re already doing their day job and this is supplementary to anything that they’re doing day-to-day.

“Putting additional work onto them to try and get a programme done in only nine months, for example, or eight months, it just adds complexity and makes it a more difficult program for the guys to be able to do right.”

Walkinshaw said the potential for the team to introduce another manufacturer largely hinges on a change to the control chassis, which he has previously cited as a stumbling block for a potential Chevrolet Camaro Supercar.

Penrite Racing boss Barry Ryan has said the change could be done in time for the 2021 season to fast track potentially bringing in a new manufacturer.

Walkinshaw stressed that the decisions made have to be in the best interest of Supercars, not just his team.

“We’ve made no secret that we’ve been pushing a change on the chassis for a while, a relatively simple change that, in our opinion, we should’ve been focused on doing earlier,” said Walkinshaw.

“But we are where we are, so we’ve just got to work with what we have in front of us and work with the category, the technical department, and all the other stakeholders because it’s not just us.

“We’ve got other teams, we’ve got the technical department of Supercars, we’ve also got manufacturers such as Ford that we need to make sure are comfortable with those changes.

“I think Gen3 is obviously a great program that we need to be pushing hard on, but our personal view is that it would be nice to be able to have some form of change for next season, particularly with the roll hoop.

“If we did that very small change, admittedly there’s some cost in it and lots of complexity with getting everyone along for the ride, but that change would open the doors to a variety of different body shapes.

“(That) would allow manufacturers to race cars that they actually have budget to go racing with; performance cars, exciting hero cars, not just four-door sedans, which we all know is a declining market in Australia.

“Most brands don’t really want to go and spend money racing those kind of products.”

Walkinshaw reaffirmed his position that ‘at least two’ manufacturers are interested in entering Supercars if a change was made to the control chassis.

“Whether that happens for next year or the year after will be up for Supercars and everyone to find some sort of consensus on,” he said.

“Our personal preference as our team would be to try and find a solution for the next season because there’s an opportunity with manufacturers that we wouldn’t want to lose.”

“Just having some more diversity in manufacturers would make it that much more exciting. But I think, otherwise, when I look at the different racing series around the world, this is an awesome racing series to watch, so just another manufacturer or two.”

Discussion surrounding Gen3 has taken on greater importance in the wake of General Motors’ decision to withdraw Holden from the marketplace.

However, while Walkinshaw is exploring options away from the Holden Commodore, other teams are expecting to run the current model into 2021.