Hamilton speaks out on AGP cancellation

Hamilton speaks out on AGP cancellation 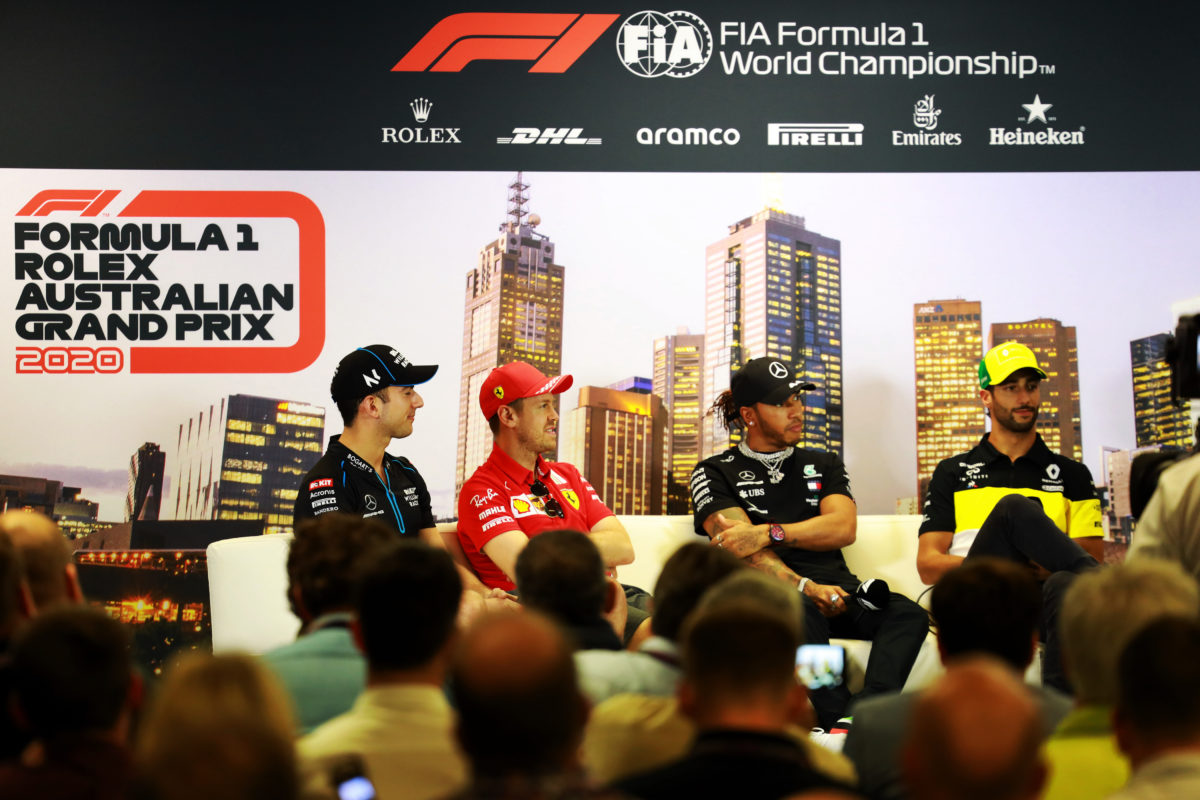 Lewis Hamilton has backed the decision to cancel the Formula 1 Rolex Australian Grand Prix a day after declaring it ‘shocking’ that the event was to proceed.

Hamilton was the only driver of the four present in the Thursday press conference who offered a stern opinion on matters relating to coronavirus, when he said that it was ‘concerning’ that Formula 1 had not followed moves by other sporting bodies to suspend their competitions due to the coronavirus outbreak.

The Australian Grand Prix Corporation (AGPC) eventually confirmed that the F1 round was off less than two hours before the first practice session was scheduled to begin at 12:00 local time.

That communication stated that advice from “Formula 1 of their intention to cancel all Formula 1 activity” was provided to the AGPC at 09:00 local time.

“Sadly, this is the right decision,” wrote Hamilton on social media.

“No one wants this, we all want to get in our cars and get racing, but we have to be realistic and we must put health and safety first.

“The reality is, this is really serious with people dying every day, lots of people ill and even if they are not ill, many people being affected financially and emotionally.

“No one really knows the extent of what we are dealing with, but we should all take precautions to keep as many people as safe as possible.

“I know it’s disappointing, as sport unites us when times are tough, but it’s the right call.

“Listen to the advice everyone, keep safe. Hope to be back racing soon but in the meantime look after yourselves.”

Hamilton’s team, Mercedes-AMG F1 Team, pre-empted the AGPC’s announcement when it issued its own press release calling for the cancellation of the event around five minutes before the AGPC statement.

It argued that the pandemic had created a ‘force majeure’ scenario and jeopardised the safety of its employees.

“The Mercedes-AMG Petronas F1 Team has today sent a letter to the FIA and F1 requesting the cancellation of the 2020 Australian Grand Prix,” read the statement.

“We share the disappointment of the sport’s fans that this race cannot go ahead as planned. However, the physical and mental health and well-being of our team members and of the wider F1 community are our absolute priority.

“In light of the force majeure events we are experiencing with regards to the Coronavirus pandemic, we no longer feel the safety of our employees can be guaranteed if we continue to take part in the event.

“We empathise strongly with the worsening situation in Europe, most especially in Italy, and furthermore we do not feel it would be right to participate in an event where fellow competitors such as McLaren are unable to do so through circumstances beyond their control.

“Our team will therefore begin pack-up preparations at the circuit this morning.”

McLaren has since advised that another 14 of its crew members have been placed into quarantine, having been in close contact with their colleague who has already tested positive for coronavirus, while Red Bull Racing Team Principal Christian Horner has cast doubt on the notion that the Bahrain Grand Prix will go ahead next weekend as scheduled.