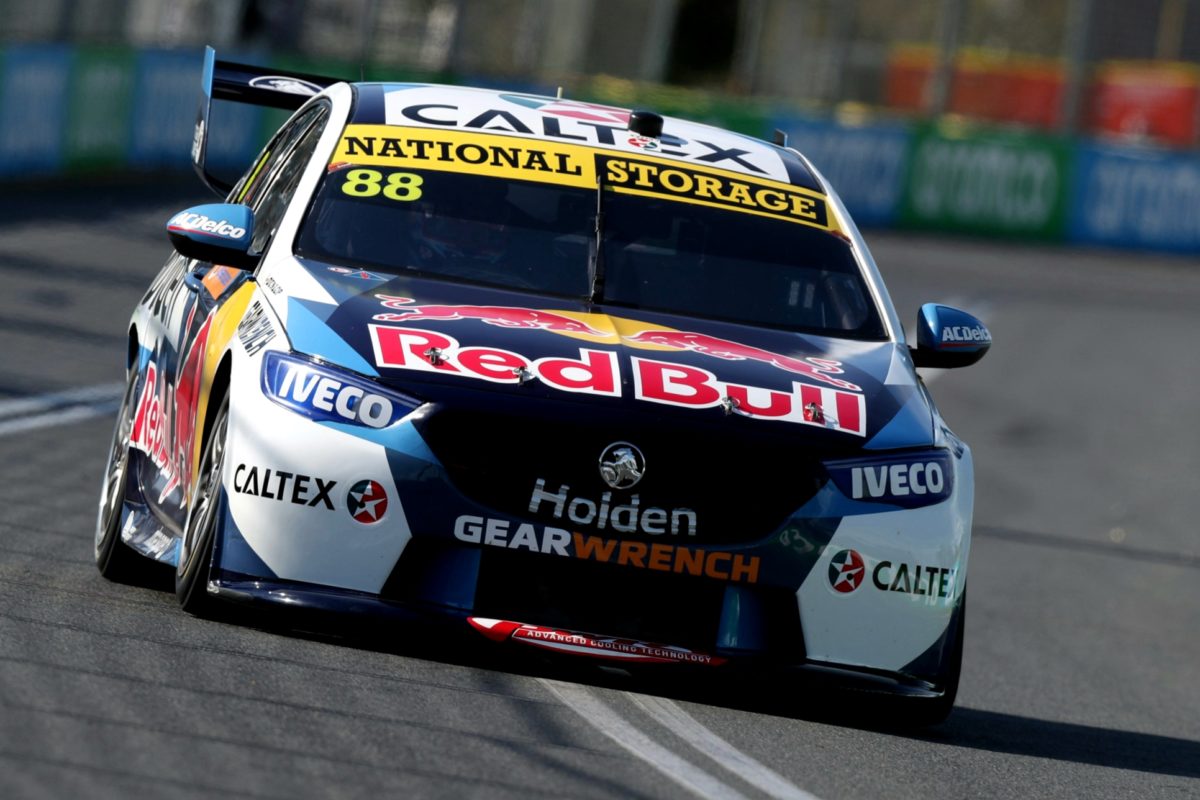 Jamie Whincup shook off a hit with the wall to take pole for Supercars Championship Race 4 at Albert Park after Triple Eight team-mate Shane van Gisbergen qualified fastest for Race 3.

Whincup made for a Red Bull Holden Racing Team lockout at the front of the grid for tomorrow afternoon’s opening 100km race of the Beaurepaires Melbourne 400, and will have Tickford Racing’s Cameron Waters alongside him for the start of Race 4 on Saturday after the rapid-fire, 10-minute qualifying sessions.

Will Davison put the #23 Milwaukee Mustang into third with a 1:55.3181s and will be joined on the second row by Scott McLaughlin (#17 Shell V-Power Mustang).

Fabian Coulthard (#12 Shell V-Power Mustang) ended up 12th and David Reynolds (#9 Penrite ZB Commodore) was only 17th having been something of a victim of the unique format for the weekend.

The Erebus Motorsport driver had to go for a second flying lap on the only set of soft compound tyres he had at his disposal for the first of four qualifying sessions at Albert Park, having breached track limits on his initial flyer, but the life had by then already gone from his rubber.

Whincup fell just short of van Gisbergen’s effort in the preceding session but was still at least 0.1118s faster than anyone else with a 1:55.2809s on his only flyer.

Waters took second, from Davison, van Gisbergen, McLaughlin, and Reynolds, with the top four covered by 0.2227s on a nearly two-minute lap.

Mostert waited in his garage until everyone else had finished their sessions to go for his time attack in the #25 Walkinshaw Andretti United entry and clocked the fastest first sector before reaching the chequered flag at a time of 1:55.9020s, which left him seventh.

The qualifying sessions for Races 5 and 6 of the Virgin Australia Supercars Championship take place tomorrow at 10:10 and 10:30 local time/AEDT respectively, while Race 3 runs in the afternoon.