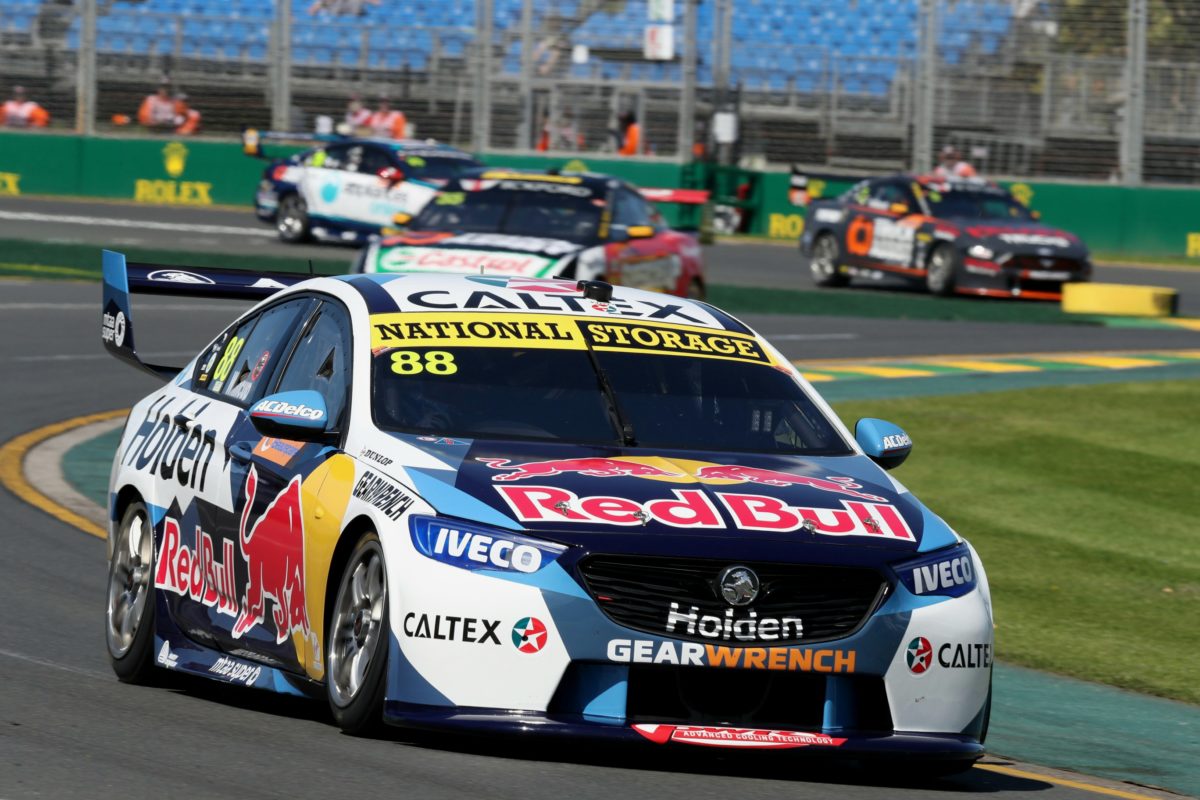 On a weekend in which both compounds of tyres are in play, both Whincup and van Gisbergen reportedly had new soft tyres bolted onto their Red Bull Holden Racing Team entries for their final runs in the 30-minute session.

Scott McLaughlin ended up only 13th with his best time set on the hard compound, but he was fastest to the second sector with soft tyres on the #17 Shell V-Power Mustang when he pitted before completing the lap at the end of the piece.

The championship leader had been the fastest on hards for much of the session, although that honour fell to Chaz Mostert (#25 Mobil 1 Appliances Online ZB Commodore) by the time everyone had filed back to the pit lane.

Nick Percat, on soft tyres, rounded out the top 10 in the #8 Dunlop ZB Commodore, with McLaughlin second quickest of those who set their fastest lap on hards.

Over six minutes was lost at around the halfway point when Scott Pye stopped on-track with a suspected alternator problem in Team 18’s #20 DeWalt ZB Commodore.

Van Gisbergen and Percat were both seen having offs at Turn 9, although Pye’s was the only somewhat significant drama in the session.

Practice 2, another half-hour session, is due to start at 13:35 local time/AEDT.