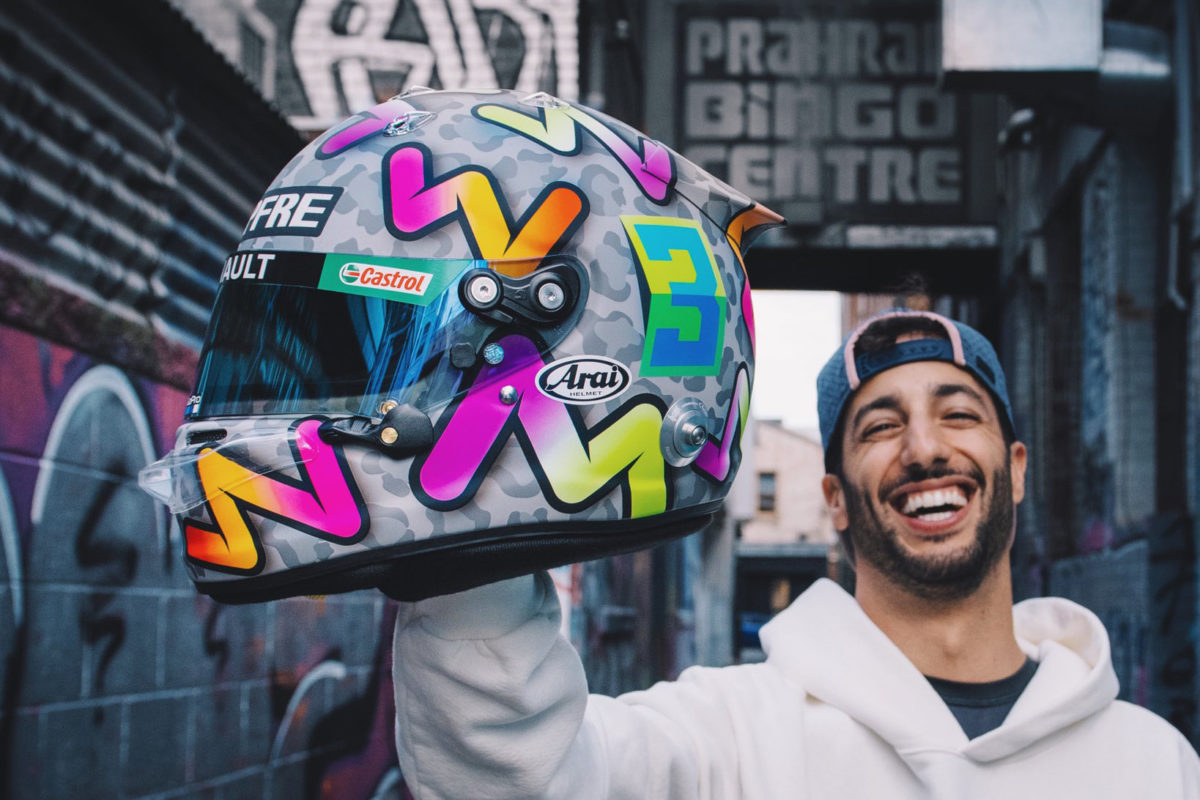 Last year Ricciardo revealed a striking ‘Stop Being Them’ design and has continued the trend of bold designs for 2020.

Ricciardo will this year be joined by Esteban Ocon of France following the departure of Nico Hulkenberg from the Renault line-up.

Last year the 30-year-old finished ninth in the championship with a best finish of fourth at the Italian Grand Prix.

The 2020 season marks year two for Ricciardo at Renault.