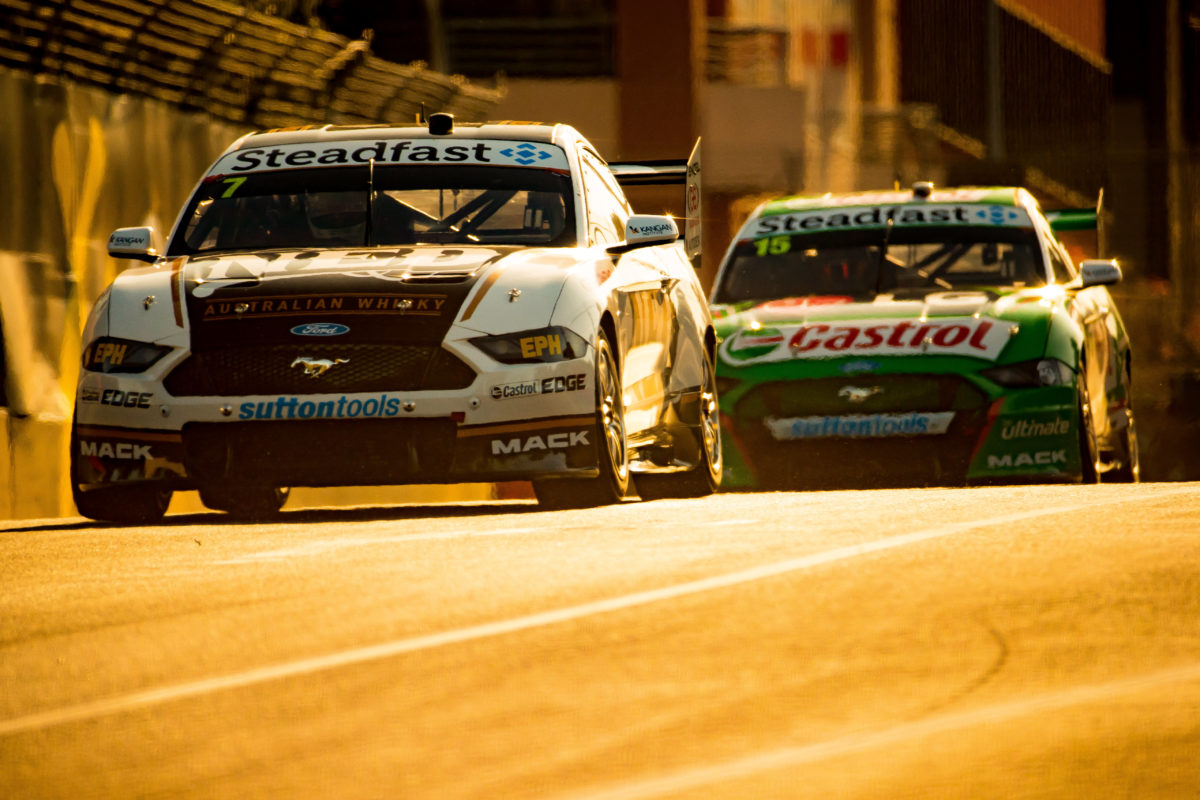 Kelly Racing co-owner Todd Kelly says bringing the racing business back to just two cars has been ‘refreshing’ for his team and afforded it a more focused approach to its campaign.

At the back end of 2019, the team announced they would switch from Nissan to Ford while reducing its four-car Supercars fleet to two.

The team has had a largely trouble-free through pre-season testing and the season-opening Adelaide 500.

Some minor technical gremlins stifled the pre-season test, but Rick Kelly and Andre Heimgartner finished the opening two races of the year with a top 10 finish apiece.

Kelly said the move back to a two-car operation has given them a quality-over-quantity approach to the 2020 season.

“Today, running four cars is not twice as much work, it’s three or four times as much work than two cars,” Kelly told Speedcafe.com.

“Just trying to get in a performance environment, the optimum is two obviously, to bounce set-ups and driving styles and things off each other.

“Trying to get four lots of engineers and data people and drivers to all work together is next to impossible.

“We’ve tried to do two lots of two and separated it a few times over the years. That really never worked. Having everyone in the one debrief was really the only way to do it.

“With the time available at the track, you can’t get through the volume of data and discussion needed to improve at the rate you want to.

“Going back to two cars, to experience that for the first time in Adelaide was really refreshing and it’s actually quite exciting to have that model now moving forward.

“Like the change of cars and engines and everything, it will be a big gain in our performance as a team as well.”

As a result of the change, confidence in the team has been heightened.

Kelly said part of that has been moving back to relatively normal work hours and being able to have weekends and public holidays off.

“It’s a little bit more civilised at the shop now than what it has been for the last three months,” he said.

“Now that everyone’s recharged and recovered, that’s also made a big difference to the morale and the performance of each individual.”

The forthcoming Beaureapaires Melbourne 400 presents a unique opportunity for the team.

With 10 sessions in total, the team will get meaningful mileage in short bursts that will give them some strong data sets to develop their Ford Mustangs.

“That format will really suit us,” noted Kelly.

“There’s so much downtime for the engineers and everybody at Albert Park because of how it is spread out, that it’ll allow us to really interrogate all the data and spend a lot more time focusing on what our next move is with the cars and evolving the set-up.

“It’s hard at a normal round, you’ve only got a short amount of time between practices and qualifyings and races, you can’t do anything major.

“I think we’ll really maximise the time available at Albert Park and have a pretty big swing at the set-ups on the cars and, again, try and understand them as much as we possibly can.

“We’re actually in a pretty good spot as a team now heading into Albert Park, which is exciting,” he added.

“Again, quite a different track, and it’s more and more knowledge that’ll set us up for the second half of the year when the whole thing should really start to come together.”