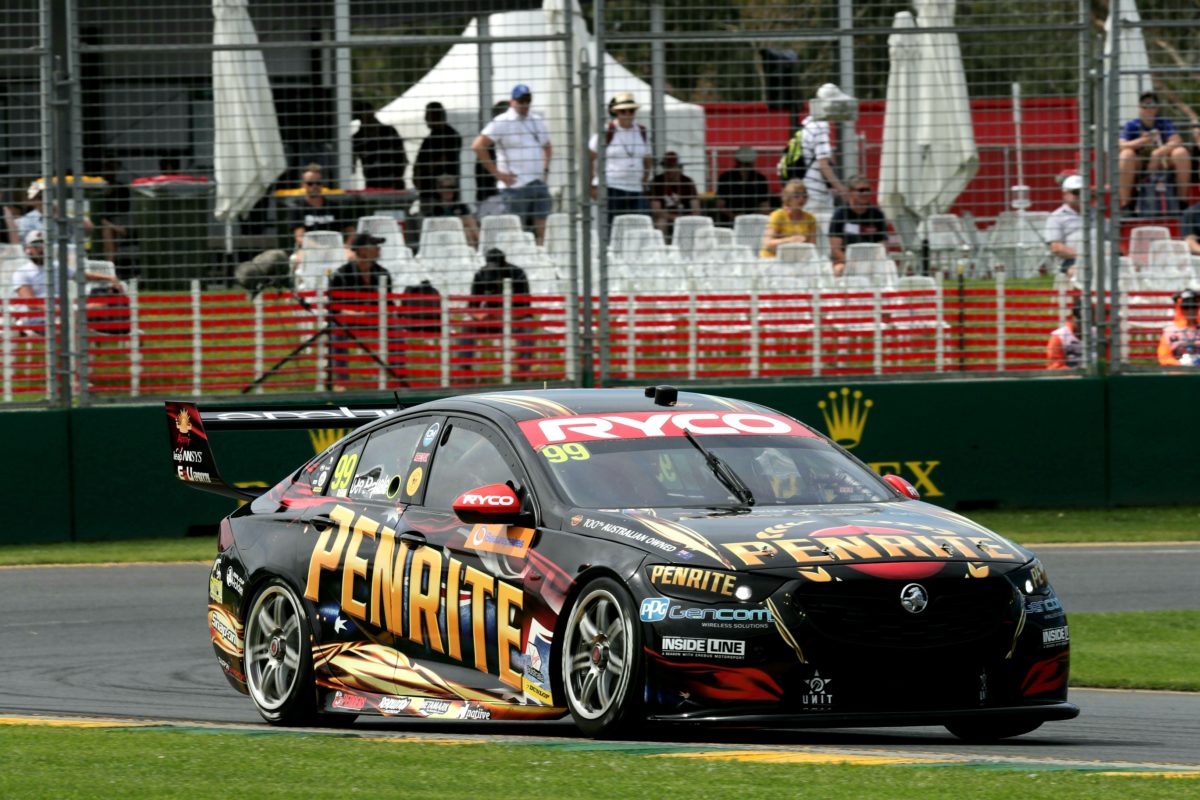 Anton De Pasquale has gone quickest in a second Supercars Championship practice session at Albert Park which ended early due to a crash for Macauley Jones.

The Brad Jones Racing driver ran off at significant speed at the end of Walker Straight (main straight) and made it all the way to the barriers at the end of the run-off area.

Replays suggested that Jones may have been the victim of a mechanical failure in #3 Team CoolDrive ZB Commodore, with engineer Julian Stannard stating that a rear brake failure may have been to blame, and that his driver hit the wall at around 80km/h.

With a red flag called with around two minutes remaining, the session did not restart.

Fastest on the hard compound, according to the computer timing screen, was Team 18’s Mark Winterbottom on a 1:57.1741s in seventh position.

Van Gisbergen jumped up the order with soft tyres on Triple Eight Race Engineering’s #97 ZB Commodore for his second run.

Kelly jumped up to third in the 25th minute, on his third run, shortly before De Pasquale improved further to what would stand up as the very fastest lap of the half-hour session.

Will Davison (#23 Milwaukee Mustang) ended up sixth at 0.5304s off the pace, while Tickford Racing stablemate Jack Le Brocq remained eighth having been fastest to the first sector in the #55 Supercheap Auto Mustang when Jones came to grief and caused the early end to proceedings.

Rounding out the top 10 were the other two Tickford drivers in Lee Holdsworth (#5 Truck Assist Mustang) and Cameron Waters (#6 Monster Energy Mustang), while McLaughlin was 11th on a 1:57.7882s set on hard tyres.

Scott Pye did get out after stopping with electrical problems in Practice 1 and put the #20 DeWalt ZB Commodore into 20th position, one position ahead of Fabian Coulthard (#12 Shell V-Power Mustang).

Andre Heimgartner was officially 23rd without a representative lap time after encountering a long pedal in the #7 Ned Mustang, and Jones, who was later seen standing in the paddock area, 24th.

Qualifying for the first two races of the Beaurepaires Melbourne 400, in the form of two 10-minute sessions, will be run this afternoon at 16:10 and 16:30 local time/AEDT.