Damage rules Jones out of qualifying after 16G crash

Damage rules Jones out of qualifying after 16G crash 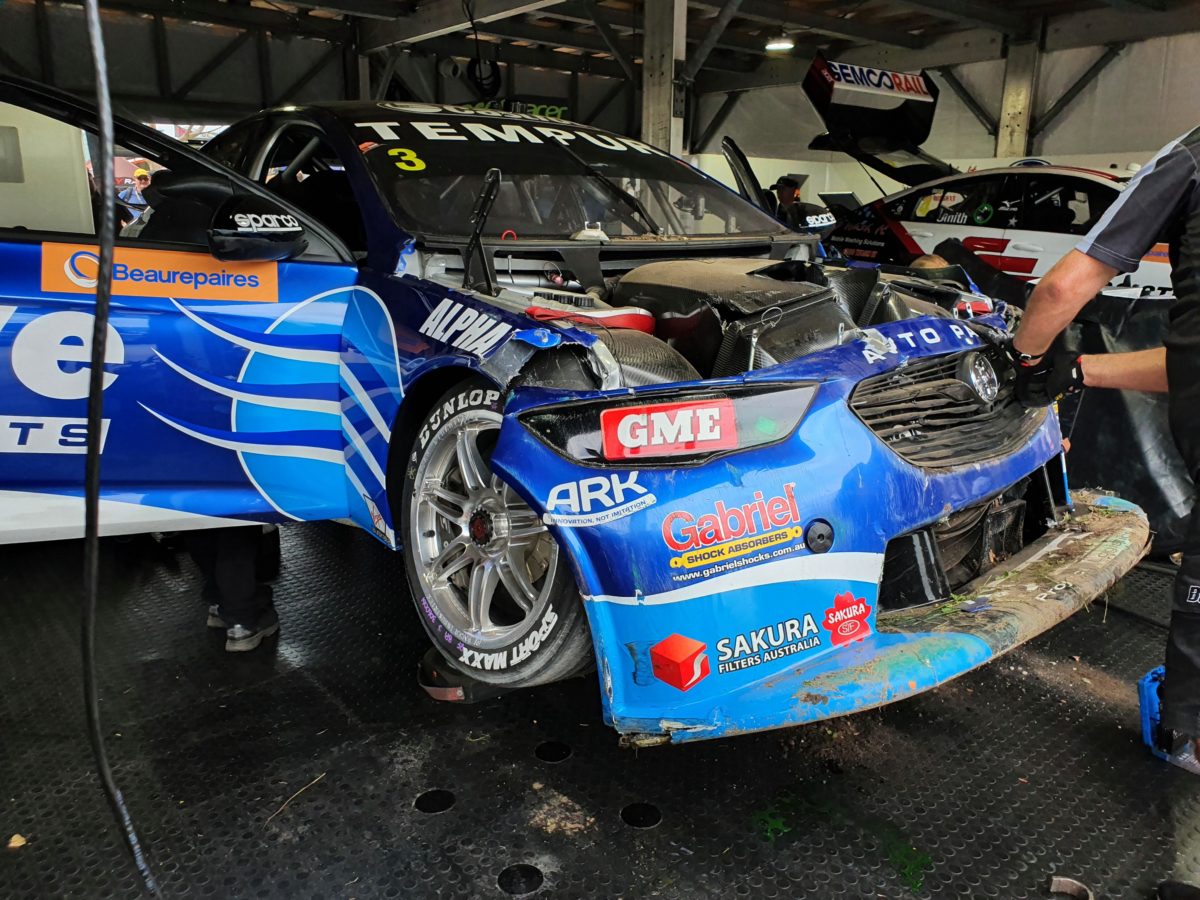 Jones’ car after the Practice 2 crash

Brad Jones Racing driver Macauley Jones will miss the first leg of Qualifying at the Beaurepaires Melbourne 400 due to crash damage sustained in practice.

The front brakes on Jones’ car locked up, but the 25-year-old couldn’t stop his car and hit the tyres barrier at high speed. The datalogger in the Holden ZB Commodore recorded the impact at 16G.

“Hopefully we can assess what’s wrong with it and fix it.”

Brad Jones Racing engineer Julian Stannard said, “It looked like the (pedal) travel went to the floor and there was no pressure.

“The front brakes locked up as he was trying to stop. It looks like he hit the wall at 80 kph at this point. Not quite sure yet.”

A new engine will be fitted to the car after carbon shards were reportedly found to have gone into an intake trumpet. It is expected the car will be ready for Friday’s running.

Qualifying for Race 3 of the Virgin Australia Supercars Championship is scheduled to start at 16:10 AEDT.