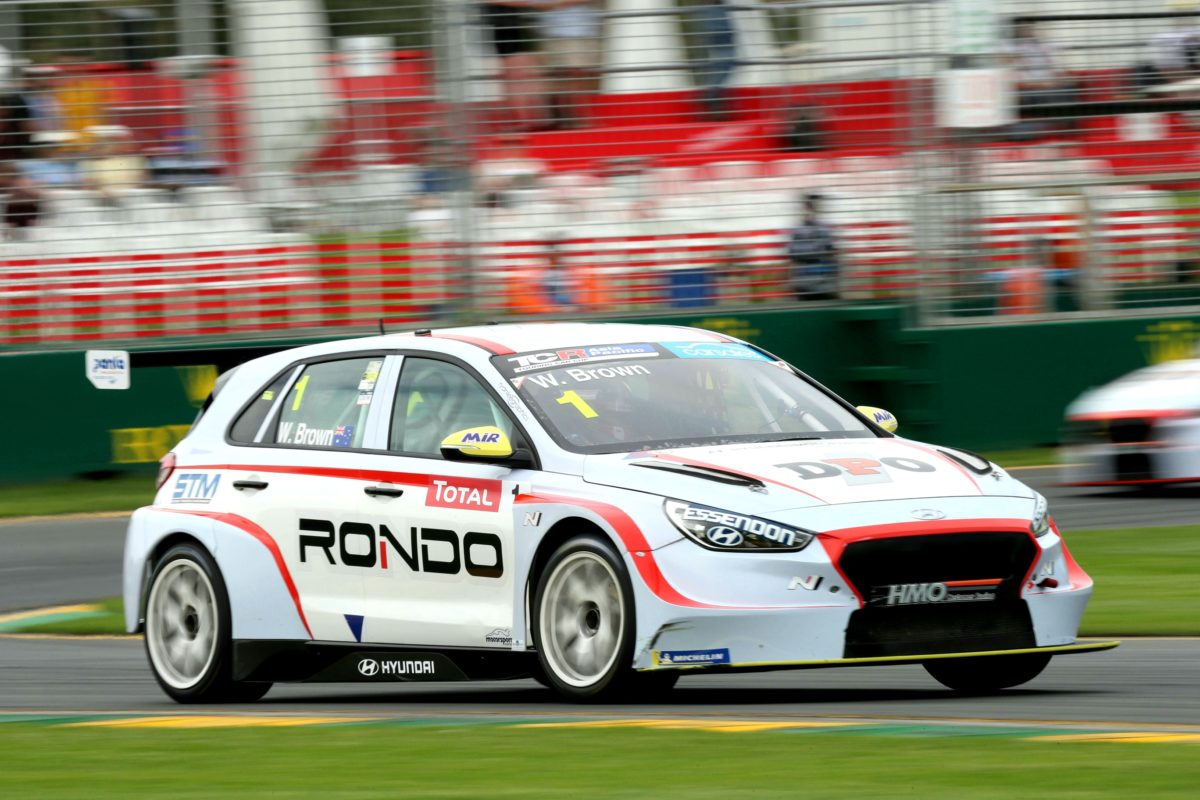 Will Brown has backed up his pace-setting opening effort by going six tenths faster than the field in Practice 2 for the TCR Asia Pacific Cup field at Albert Park.

As was the case in the first 20-minute session of the day at the Formula 1 Rolex Australian Grand Prix, Brown was on top once drivers had got up to speed on their second timed laps and remained there for the duration.

The 2:05.1832s which the HMO Customer Racing driver set on his third flyer in the #1 Hyundai proved to be the fastest lap of the session, despite being over half a second slower than the Practice 1 benchmark.

The next TCR session is Qualifying, this afternoon from 16:50 local time/AEDT.