Dunlop will back Nick Percat at the Beaurepaires Melbourne 400

Percat currently lies 12th in the standings after finishes of 22nd and seventh in the season-opening Superloop Adelaide 500.

The black and yellow scheme was last run by Percat in the Virgin Australia Supercars Championship at Tasmania last year.

It continues a four-year relationship between the team and the tyre manufacturer, which is into its 19th straight year as a supplier of the championship.

“This is the fourth year we’ve been able to showcase a Dunlop Tyres Supercar as part of our livery line-up,” said Percat.

“We always get fantastic support from Supercar fans and importantly the Dunlop dealers when we roll out the yellow and black livery.

“The dealers get so excited seeing this car on track as they’re very connected with the brand and feel like part of the team.”

Percat said he’s looking forward to this weekend’s race, which sees the Supercars field play support to the opening Formula 1 round, the Rolex Australian Grand Prix.

“Everyone looks forward to the Beaurepaires Melbourne 400 event as we share the track with the Formula 1 cars for their season opener,” said Percat.

“It’s a very long and fast track with a lot of tyre deg so the challenge is bringing it all together to get a great lap in. I’m keen to get out there and put on a great show.”

“The car stands out spectacularly on the track and we know our Dunlop Super Dealers get a real kick out of seeing it go around. All the best to Nick and the team.”

Brad Jones Racing has once again paired up with the Dunlop Grid Kids program that sees karting up-and-comers get behind the scenes through garage tours and driver meet and greets.

The Beaurepaires Melbourne 400 takes place at the Albert Park Grand Prix Circuit over March 12-15. Four races are scheduled across the four-day weekend, each lasting 20 laps. 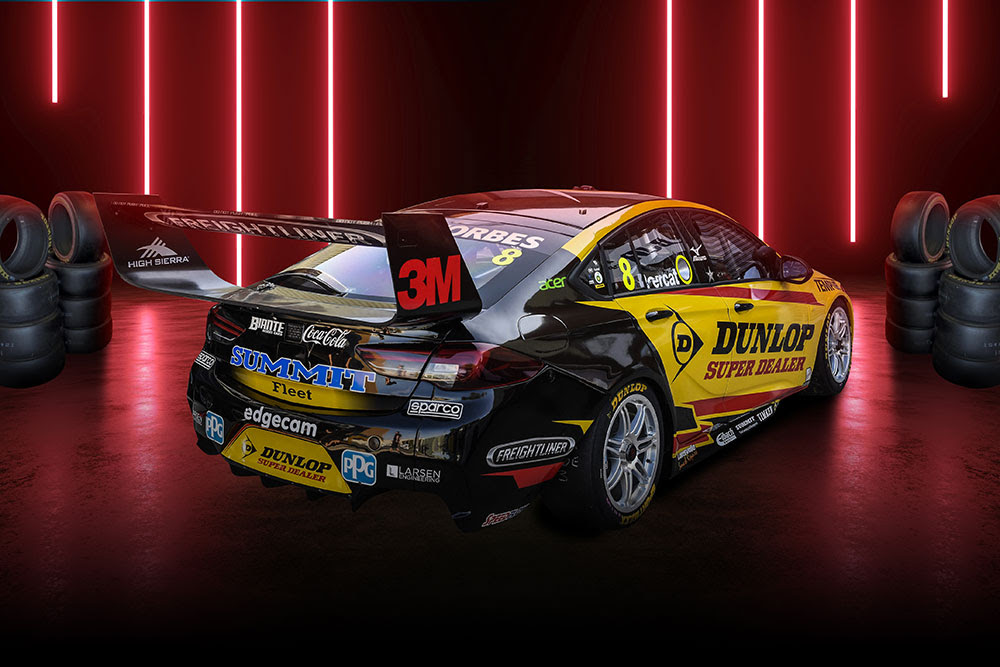