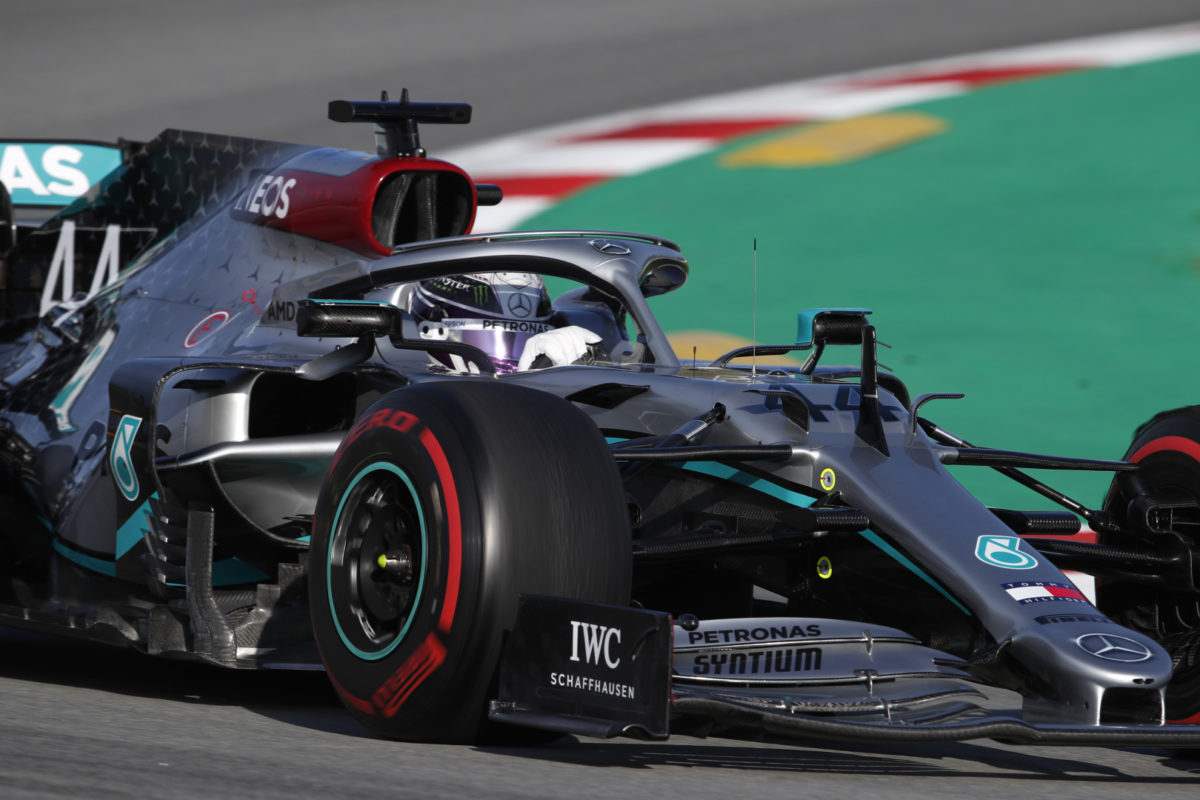 Mark Webber has described the combination of Lewis Hamilton and Mercedes as a frightening proposition’ heading into the 2020 Formula 1 season.

Hamilton stands with six world titles, and this year could equal the tally of Michael Schumacher on seven.

Mercedes was again on form in pre-season testing while rivals Ferrari look to have fallen backwards.

“Hamilton is looking extremely hungry and motivated, as is Mercedes, under the leadership of Toto Wolff,” Webber told Speedcafe.com.

“They’re a great combination and that’s a frightening prospect for the opposition still.

“You never know obviously Melbourne first race, it’s always a little bit of a lottery with preparations, but everyone’s a bit rusty here and there. But I think that Mercedes are certainly hungry, and Merc is as well.”

A veteran of more than 200 grands prix, Webber’s career overlapped with both Schumacher and Hamilton.

Having witness the pair first hand, the Australian believes Hamilton is the more complete driver and will stand as one of the greats of the sport.

“Absolutely, no question about it,” he said when asked if Hamilton was among the all-time best.

“I think he went about those results in a technically cleaner executed way, just by the way of wheel-to-wheel combat and no real trickery in his contracts with the other drivers.

“I think he’s certainly up there. I mean, obviously Alain Prost, where do you go with the (Niki) Laudas, the (Jackie) Stewarts, or (Ayrton) Senna?

“Clearly Michael is absolutely in there, he’s got all the records in terms of championships and race victories, but I’m confident that Lewis can give those a red hot go.”

Like many of the sports premier names, Hamilton has proved a polarizing character, mostly for his high-flying life off track.

“I personally get on with him well, I don’t have any issues with Lewis, but it’s not something for everyone,” Webber reasoned.

“But on the track he is Nadal- and Federer-esque. He just executes, and he does it in a way that is very, very clinical.

“He doesn’t go to the stewards often; when was the last time he was done for speeding in the pit lane?

“He’s got so much mind management, and composure – (he’s an) extraordinary, extraordinary talent now, and he keeps reinventing himself, so deserves everything.”

The 2020 Formula 1 season gets underway at the Australian Grand Prix next weekend, March 12-15.