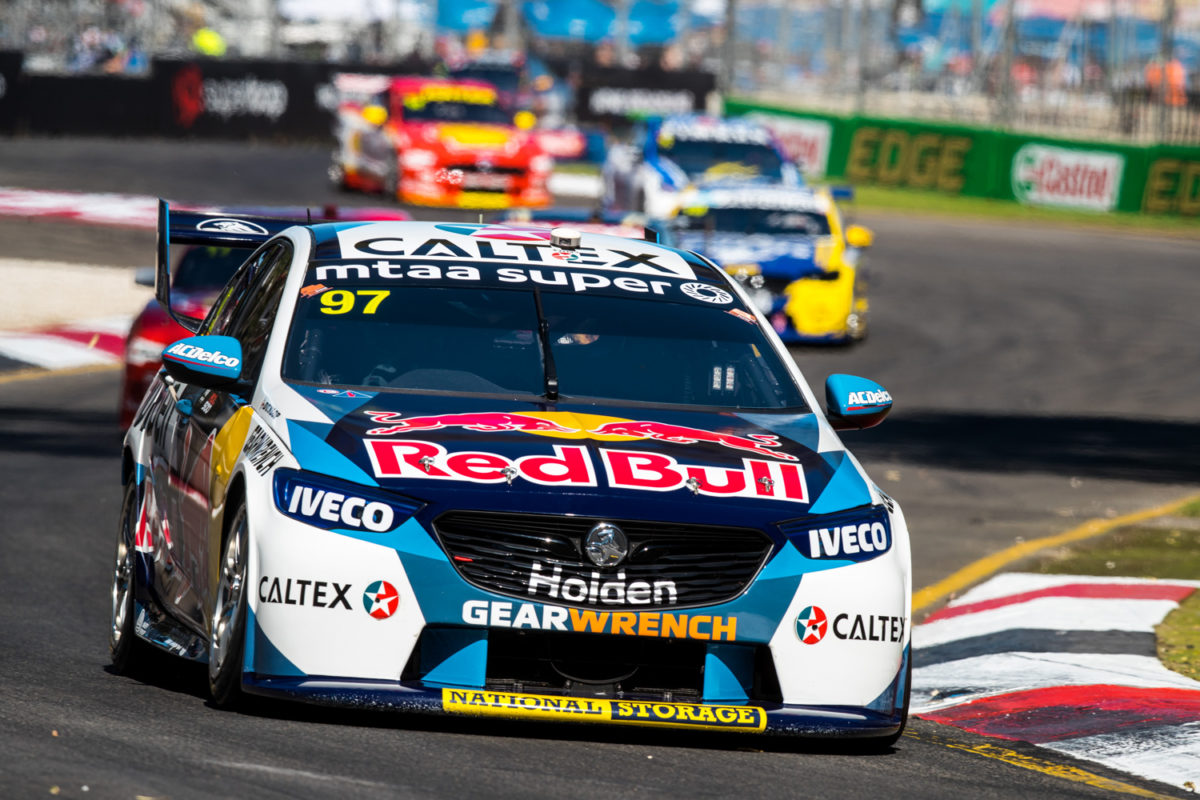 New for this year is the introduction of a Pedders branded Supashock, which is standard across the full Virgin Australia Supercars Championship field.

The move to the new shock package arrived earlier this year in a bid to bridge the performance gap between teams as well as limit research and development costs in the area.

“I think all six of our shocks got sent back after every time we used them, they were all flogged out from the bumps.”

The 2016 champion’s weekend was punctuated by a catastrophic left front control arm failure late in the second race, which ruled him out of a potential podium finish.

After the weekend, team manager Mark Dutton said the new shock wasn’t to blame for the failure.

However, their understanding of how spring rates combine and interact with the shock is an ongoing learning process as they find the limits of the new package.

So far there have been no documented shock failures. However, Holdsworth said it isn’t out of the realms of possibility for teams to set their cars up in a way that would preserve the shock.

“I know that we had to check them for reliability every night, but you’re always going to do that with a new component in the car,” Holdsworth said of the shocks.

“Looking ahead to places like Gold Coast, Townsville where you have massive kerb strikes – there’s only one at Adelaide or a couple at Adelaide where you really put the shock through its paces – I think people will be a little bit concerned about that.

“Whether you have to set your car up to have better reliability for the shock might be something that will happen through the year, people may go down that development path.”

“That’s a bit of a worry having those shock absorbers there. We’ll have to come up with something and hopefully make it reliable there and safe for everyone. That’s the problem.”

The newly introduced shock has largely been well received, especially by the smaller teams in pit lane trying to bridge the gap to the top outfits who have traditionally invested heavily in suspension development.

At the first round of the championship several drivers, including van Gisbergen, said the cars were harder to drive and as a result would hopefully make for better racing.

“I think the biggest thing is that it’s a leveller,” said van Gisbergen.

“When you speak to the BJR (Brad Jones Racing) guys, they didn’t have a very good shock program. They found the (new) shocks to be just the same. So in that respect, I think that’s a good thing.

“The cars are hard and ugly to drive, but it’s the same for everyone. You have to deal with it.

“As long as they’re consistent and everyone has got the same and maintenance keeps up I think it’s a good thing.

“Shocks were a pretty big area of development, especially when the twin-spring got banned. Then you just started developing the shock.

“I think that’s a good thing that (Supercars) started to equalise that.”

Supercars reconvenes over March 12-15 at the Albert Park Street Circuit for the Beaurepaires Melbourne 400 in support of this year’s Formula 1 Rolex Australian Grand Prix.