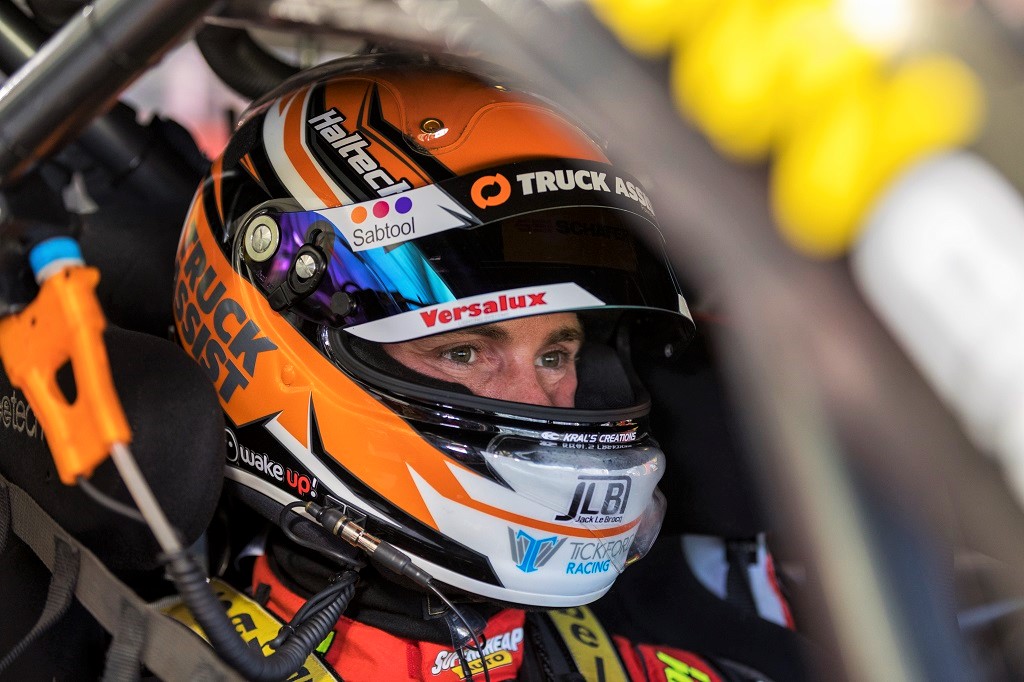 Third-year Supercars driver Jack Le Brocq believes it won’t be long before he’s challenging near the front for Tickford Racing.

The 27-year-old moved to the Melbourne-based team in 2020 after two years at Gold Coast outfit Tekno Autosports, now known as Team Sydney.

This year marks a return of sorts for Le Brocq who competed for Tickford Racing (then Prodrive Racing Australia) in the Dunlop Super2 Series.

Success was forthcoming with the team, claiming second overall in the 2016 title race behind fellow Supercars graduate Garry Jacobson.

Now he’s back in the Tickford fold and keen to be running with the likes of Cameron Waters and Will Davison, who were standouts at the Superloop Adelaide 500.

“It’s awesome to see those boys up and challenging for poles and race wins,” Le Brocq said of his team-mate’s strong start.

“It gives me confidence knowing that I’ve got the equipment underneath me. When I get all my ducks in a row, hopefully we’ll be out there as well doing the same thing as those boys.

“The guys in the workshop have been doing an awesome job in making sure we’re getting the cars to where they are.

“I’m trying to get back up to speed and get some confidence back in my driving, that’s the biggest thing.

“The guys at Tickford have been unreal in trying to fast track that. I think it’s just going to get better and better with every round we get to.

Asked about the transition from a Triple Eight Commodore to a Mustang, Le Brocq said driving the two cars requires a fundamentally different approach.

“The Triple Eight driving style compared to what Tickford has got is very different,” Le Brocq explained.

“That’s something to me that I’m learning to understand, even though I drove the cars back in 2016.

“For me, it’s just understanding how I’m meant to drive these cars and maximise what the engineers give us.”

“Sunday was a tough one. We made a big change overnight in terms of making the car a little bit angrier and a bit more towards the driving style I was meant to be driving the car with it.

“That definitely helped my race a lot. It’s just something that’s opened my eyes in terms of that I have to actually make sure I drive the car the way that it needs to be driven, otherwise we’d sort of be stuck in no man’s land.

“I made a couple of silly mistakes on Sunday, which dropped us back and may have cost us a few spots. There was more potential there on Sunday than what we had.

“I’ll take 12th every day of the week. It’s a lot better than what we’ve had for the last 12 months. I know (Adelaide) is probably not my strongest circuit and that never has been, so I know it’s only going to improve as well as the year goes on, we get to smaller places on the calendar.”

The second round of the Virgin Australia Supercars Championship is the Beaurepaires Melbourne 400 over March 12-15 at the Albert Park Grand Prix Circuit.