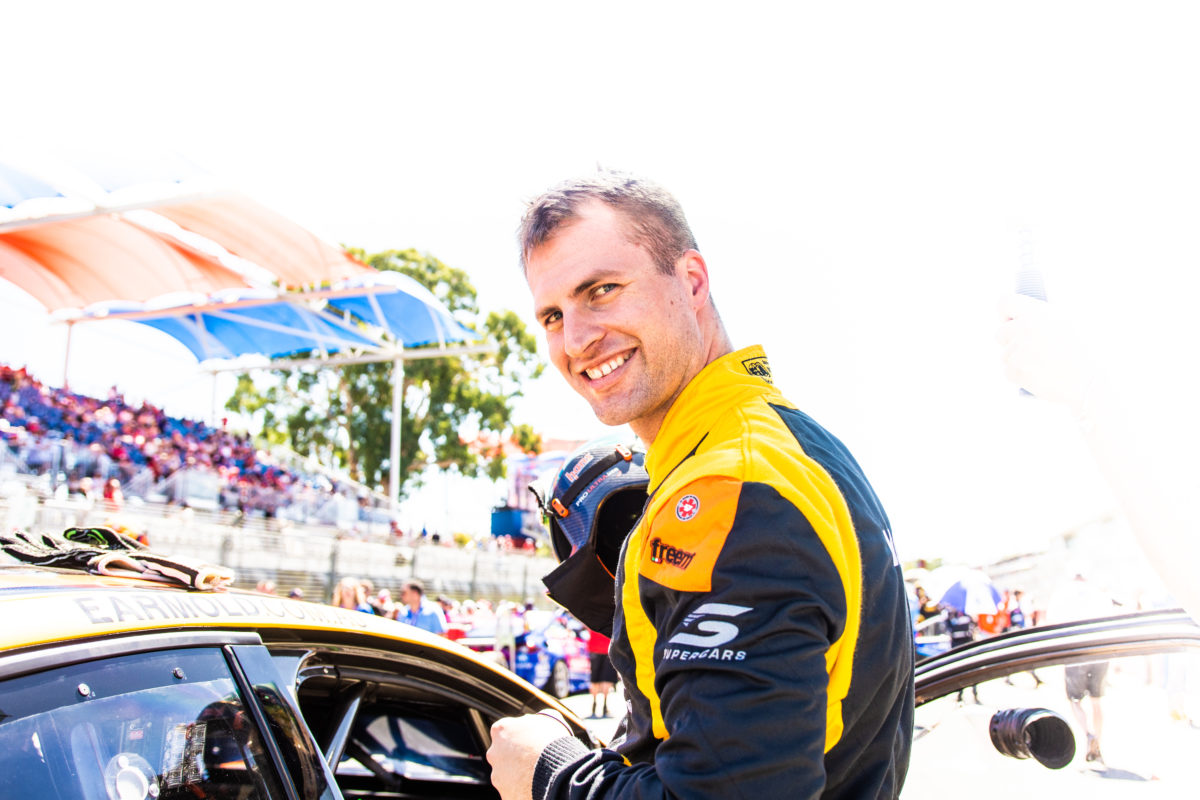 Garry Jacobson expects he’ll be fit for the Beaurepaires Melbourne 400 after ankle surgery but may adapt his driving style if need be.

The Matt Stone Racing driver discovered a ganglion cyst on his left ankle late last year and has tried to mitigate the problem since.

However, the infection gave him grief during pre-season testing and the Superloop Adelaide 500, which resulted in sharp pain running up his leg and into his hip.

A decision was quickly made to organise surgery in the week following the race weekend to remove the non-cancerous growth.

Jacobson said the surgery was a success and he is now in the process of trying to stay as fit as possible while not being able to bear weight on his ankle.

He’s also staying down in Melbourne with family in his home town of Shepparton. The surgery means he’s not allowed to fly back to the Gold Coast where his team is based.

“I’m just in high spirits and trying to maintain a positive attitude, it’s not ideal, but it’s one of those things,” Jacobson told Speedcafe.com.

“You’ve just gotta stay patient and have your foot up in the air as much as you can, and ice it, and try and keep the inflammation down.

“In terms of my training, it’s just basically a bit of Pilates and upper-body work at the gym (…) just training twice a day with what I can to stay in shape.

“You just try and keep as fit as you can, and get around on your crutches, and train your arms and your core, and just see how the leg feels on the day in the car at the Grand Prix.”

For most drivers, the surgery wouldn’t be an issue, but Jacobson is a left-foot braker. He’s conscious putting high loads through his ankle won’t be beneficial for his long-term recovery.

If he has to, he’ll change his driving style to right-foot braking, something that he’s practiced before. He’s also aware that keeping his ankle clean may be just as important.

“It’s just a matter of a hygiene thing, you’ve got a scar that’s healing as quickly as possible,” he explained.

“It’s not only the loads of what goes through the body, but also the sweating, and the risk of infection is something that also needs to be considered.

“I can right foot brake if that’s what I need to do. I’ve been assured from the sidelines with the surgeon and Dr Carl (Le, Supercars Medical Delegate) that in two weeks I should be able to drive the car properly.”

Jacobson will reconvene with his surgeon on Tuesday before the Formula 1 Rolex Australian Grand Prix where he expects to get the all-clear.

He’ll also only be on his feet when he needs to be next weekend, using a scooter to get around the paddock. In the meantime, he is largely limited to getting around on crutches.

“We’ll go through how the wound looks. At the moment it’s all infection-free and it’s recovering nicely,” he said.

“But I’ve just got to start being able to bear some weight on it then I can start using the brake pedal in the car. That’s the biggest concern at the moment obviously.

“All you can do is just rest up and have your fingers crossed that the recovery from the surgery will be ready by the time I’m driving the car on Thursday.”

Ultimately, Jacobson isn’t worried about his ankle and doesn’t believe it will have any bearing on his performance come Melbourne.

“I’ll put the helmet on, I’ll be professional about it, I’ll jump in the car, and I’ll drive the car as fast as I can,” he said.

“I can guarantee you by the time you turn the engine on and you’re racing against, door to door against your competitors, the last thing you’re thinking about is your foot.

“I’m a no excuses driver. I’ll drive the car to the best of my ability and I won’t use it as an excuse for poor results.

“It’s my job to drive the car and I’m sure with the support of Dr Carl and the Matt Stone Racing Team, we’ll handle the injury as best as we can, and work with Phil Young, my trainer from GP Human Performance, about how we can manage the pain.”