Weel off to damaging start in practice for Mint 400

Weel off to damaging start in practice for Mint 400 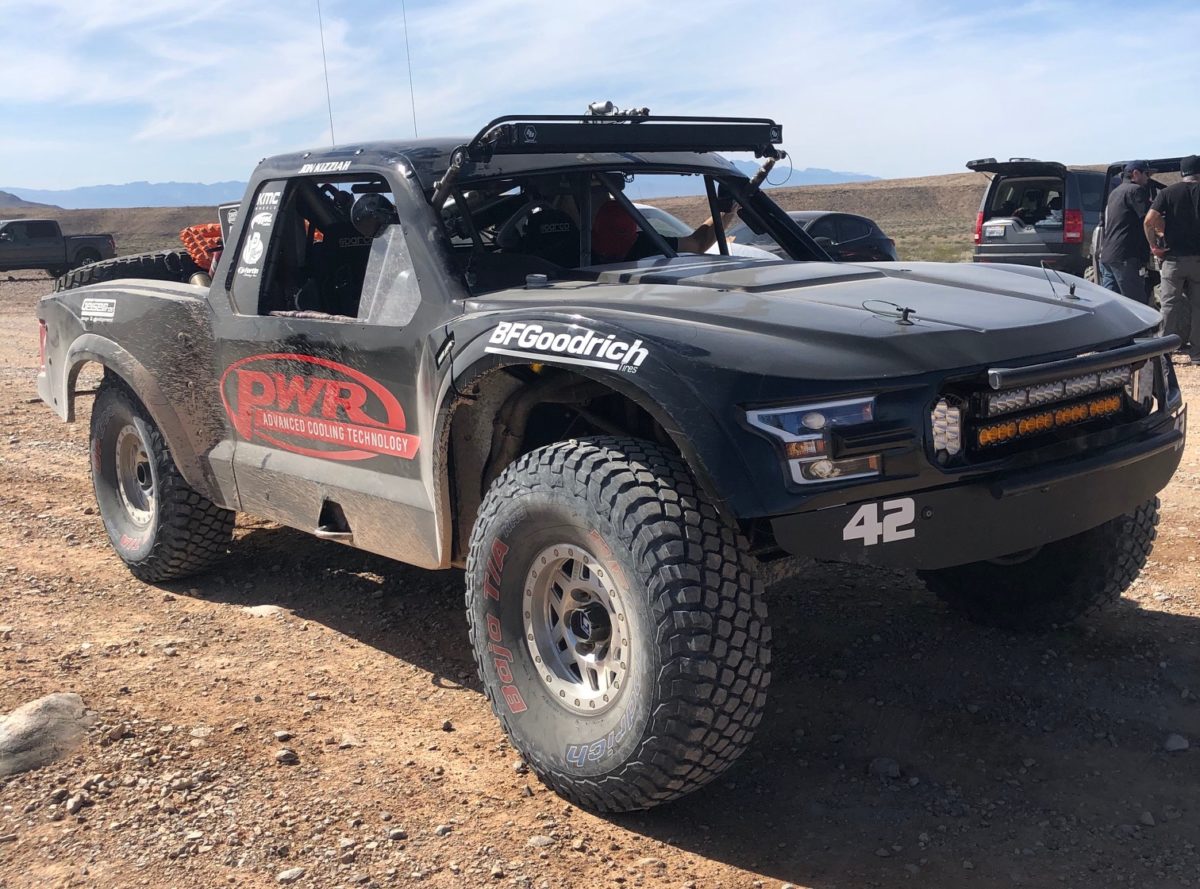 The return to offroad competition by former Supercars driver Paul Weel got off to a damaging start when he hit a rock and destroyed the drivetrain on his unlimited truck during qualifying for this weekend’s BF Goodrich Mint 400 in Las Vegas.

It was a baptism of fire for Weel, who is having his first competitive start back on dirt in 10 years and who is making his first appearance in a North American desert race.

The session started with an observation lap behind a pace truck on a special 12.8km qualifying course before the 23-truck unlimited field went out to qualify one by one.

This year 550 entries from 30 US states and 17 different countries will compete at the event with the unlimited trucks looking to complete four laps of a 192km (120 mile) course on Saturday (local time).

“It was gutting,” Weel told Speedcafe.com after getting back to the pits.

“An earlier truck had thrown a massive rock into the middle of the course and we were left with nowhere to go.

“It was on a fast smooth section of the track which made it worse. The rock hit the driveshaft back towards the diff housing.

“We tried to limp around to record a lap, but we just couldn’t make it and now we will start at the back of the unlimited class.”

Weel, who turned 40 last year, raced 11 seasons in Supercars and had a best result of third in Race 2 of the Adelaide 500 in 2003, a best enduro result of fifth with Stone Brothers Racing and Marcos Ambrose in the 2002 Queensland 500 and a best Bathurst 1000 finish of eighth in 1999 with Greg Crick and in 2006 with Nathan Pretty.

Weel made a return to competitive racing in the Stadium Super Trucks in Adelaide two weeks ago and despite today’s run of bad luck, is looking forward to starting one of the world’s most prestigious offroad events in two days time.

“The run was the first time I had driven this truck in anger so to finish the way it did was disappointing,” said Weel, who is driving a newly-built PWR-backed Geiser Brothers truck.

“It is all a learning experience for me as I get back into competitive driving and I cannot wait to get out there.

“The race is a long one on Saturday (Sunday morning in Australia) and everyone says take it easy and look after the truck because the Mint 400 is probably the toughest event on the calendar.

“Hopefully we get a bit of wind kick up and reduce the dust to make it a bit easier starting back where we are.”

Weel has also purchased a Geiser Brothers machine from Toby Price and is currently rebuilding it in preparation for this year’s Tatts Finke Desert Race (June 5-8) and possibly other rounds of the Motorsport Australia Off Road Championship.

Ironically Geddes will drive a UTV Rally entry in a race tomorrow to get a good look at the course while Comisky and McKenzine will share a UTV Turbo Pro class rig to also improve their knowledge of the course.

Giru’s Michael Marson has entered Class 10 with his co-driver Chris Colborne from The Leap in Queensland and they will be competing in a field of 19.

Other Australians competing in separate lead-up events tomorrow will include seven-year-old South Australian Dexter Warren in the youth 170 UTV class while Melbourne’s Jack Simpson will ride a Suzuki in the pro motorcycle class.

Speedcafe.com will carry live streaming of the BF Goodrich Mint 400 from 06:00 on Sunday AEDT.