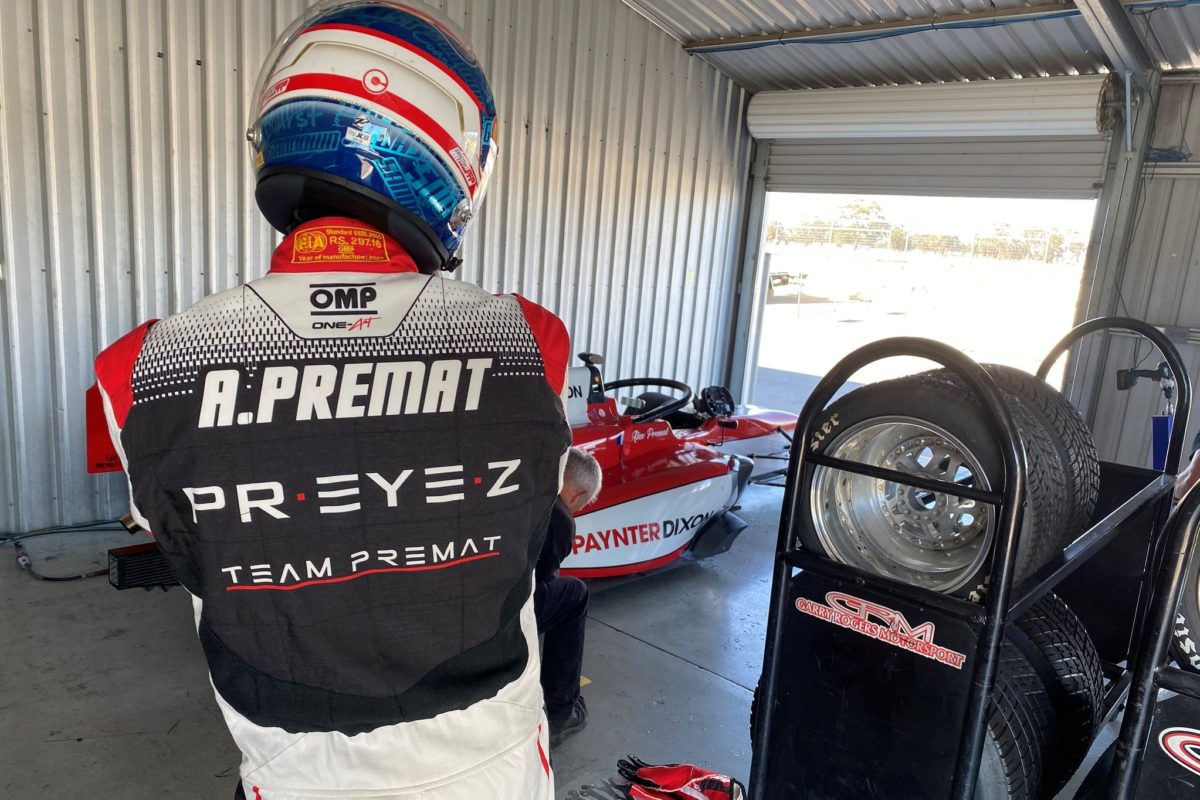 Alexandre Premat has described the S5000 as ‘awesome’ after completing a test at Winton this afternoon.

“It’s fantastic. The car is awesome,” said Premat, who landed in the country this morning ahead of his cameo in S5000 at next weekend’s Formula 1 Rolex Australian Grand Prix.

“A lot of sliding, not a lot of downforce for an open wheeler and the power of the car is pretty fun.

Luis Leeds also got seat time ahead of his own debut in S5000 at Albert Park, where the V8-powered open-wheeler category is first on-track for practice and qualifying on Thursday, March 12.