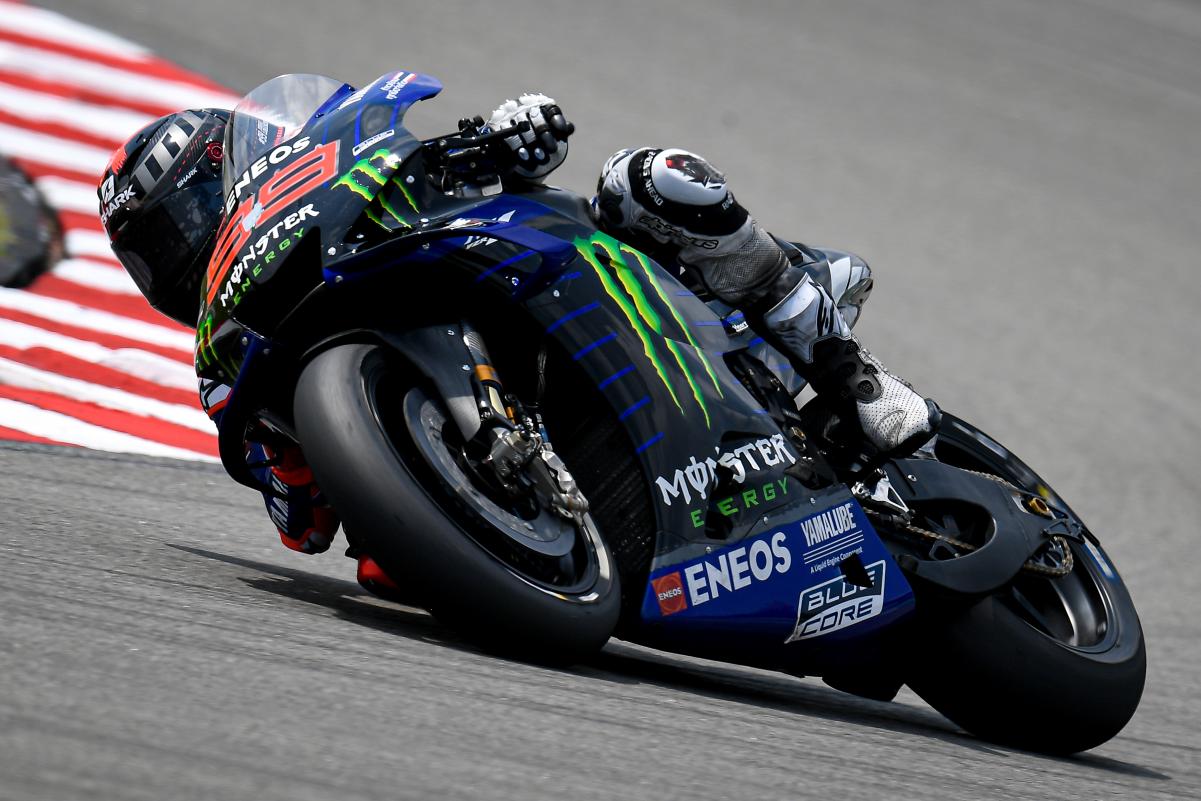 Jorge Lorenzo will make a return to racing on a wildcard Yamaha entry in June’s Catalunya MotoGP.

The Spaniard retired from racing after a torrid year with Honda in 2019 before returning to Yamaha ranks, where he won all three of his premier class titles, as a test rider.

At the time of that announcement in late-January, Yamaha also stated that it was “open to the possibility” of wildcard race starts for Lorenzo although none were said to be planned then.

Both parties took to social media to advise that a wildcard entry had indeed now been signed off on.

Back in the saddle again 💪@lorenzo99 will be riding aboard the Yamaha YZR-M1 as a @MotoGP Wild Card at the Catalunya GP 🤩#MonsterYamaha | #MotoGP | #CatalanGP pic.twitter.com/N7DgXV18rN

Lorenzo said, “After some weeks thinking about it, yesterday I decided I will compete at the Catalan GP.

“I’m really looking forward to it and I’ll see you all there.”

I HAVE AN IMPORTANT THING TO ANNOUNCE… 💣💥#MotoGP #Yamaha pic.twitter.com/P5knxYsFK3

The 32-year-old has already completed two days aboard a YZR-M1 in 2020, at the Sepang shakedown test and again at the Malaysian MotoGP venue for the first full official test of the calendar year.

Valentino Rossi revealed between those two outings that he “pushed a lot” for the Iwata factory to sign Lorenzo as a test rider despite their frosty relationship as team-mates during two stints together at Yamaha’s works team.

The Catalunya MotoGP takes place from June 5-7, while only Moto2 and Moto3 will start their seasons this weekend in Qatar due to coronavirus-related travel restrictions into the Middle Eastern nation.