Kostecki gets guidance from SVG ahead of SuperLite debut

Kostecki gets guidance from SVG ahead of SuperLite debut 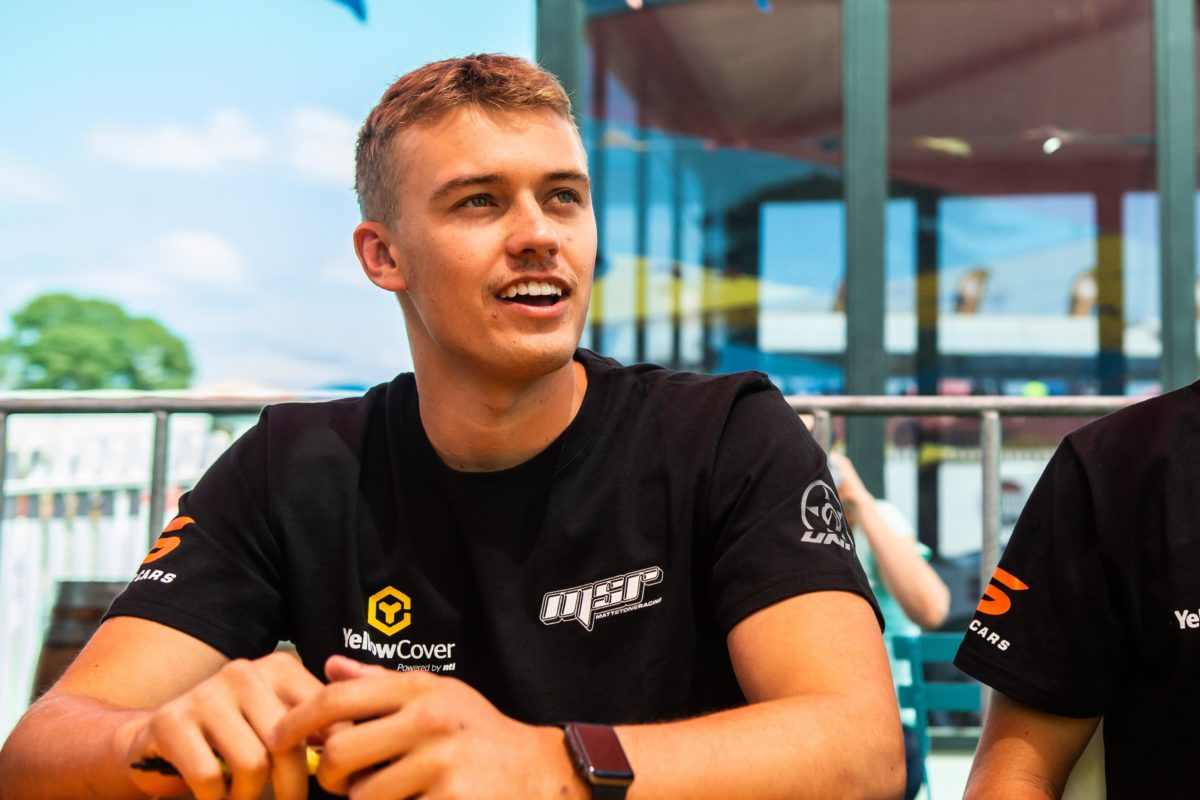 Since then the 20-year-old has graduated from the Dunlop Super2 Series ranks to form a shared SuperLite program alongside Zane Goddard at Matt Stone Racing.

Having sat out the Superloop Adelaide 500, next weekend’s Beaurepaires Melbourne 400 will mark Kostecki’s first drive in the Supercars ranks as a solo entry.

To maximise seat time and keep match fit between races, Kostecki has been training at the Paul Morris-owned and -operated Norwell Motorplex.

Supercars champion Shane van Gisbergen is a regular at the training facility where he’s been giving Kostecki guidance.

“I’ve known him since 2016, we started hanging out and he’s started trying to help me out as much as he can,” Kostecki told Speedcafe.com.

“It’s good for me because he’s done it for a while, he’s at the top and has won a lot of races. To be learning off him is the best thing I could do.

“We went to Norwell a few days ago, Shane asked me to come just to help get my eye in and get focused for the Grand Prix.

“It’s better to cut some laps there than none at all.”

While getting behind the wheel of a fully fledged Supercar would be ideal for Kostecki, the opportunities to do that are few and far between.

Instead, Kostecki has been piloting a road-going Toyota 86. A far cry from the Holden ZB Commodore, Kostecki said it’s still a good training tool.

“The car is obviously not as fast as a Supercar, but it magnifies what you’re doing with your throttle application, your braking, your steering, it puts a lot of emphasis on what you’re doing.

“If I’m on the throttle too early you really feel the nose of the car pick up and you just understeer off the track. The main thing is getting consistent.”

Kostecki’s return to the championship will come at the Formula 1 Rolex Australian Grand Prix at the Albert Park Street Circuit, a facility he hasn’t raced on before.

Part of the challenge for Kostecki will be the relatively limited track time.

He’ll have just two 30-minute practice sessions on Thursday before getting straight into back-to-back 10-minute qualifying sessions later that afternoon.

Similarly, on Friday morning he’ll have another pair of qualifying sessions before his first race soon after midday. All four races will last just 20 laps.

“We did a few shootout qualifying runs as well. That’s going to help me at the Grand Prix in qualifying where we basically get one-lap runs for qualifying,” added Kostecki.

“For sure, going to Norwell has helped with that.”

Kostecki said sitting on the sidelines at the Superloop Adelaide 500 was tough. While he said he’s not a full-time driver, he’s approaching the season as if he were.

“Adelaide was tough. Because it was the first round of the year, not in the car and thinking I should be in the car and not on the sidelines. I’ll get used to that throughout the year,” he explained.

“After the Grand Prix I’ll be happy to have just done my first race, then I can start focusing on my next one. But at the moment I haven’t done any yet so I’ve got itchy feet to get into the car.

“It’s a good learning curve not going straight into full time. To me, it feels a bit like a full time drive because it’s a full year. It’s still more races than Super2.”

Supercars heads to the Albert Park Street Circuit on March 12-15 in support of Formula 1.