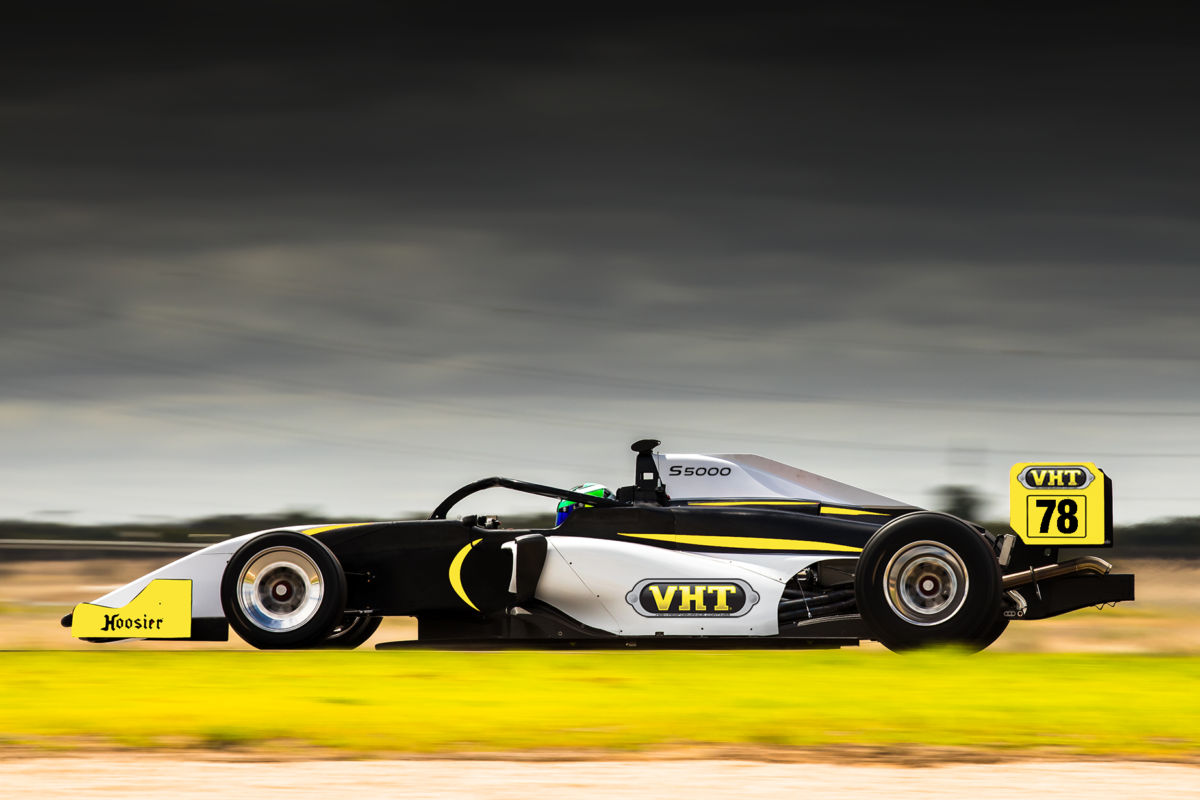 S5000 has landed a naming rights sponsor for its first season proper in the form of VHT Australia.

VHT, which stands for ‘Very High Temperature’, is a producer of flameproof coatings for automotive, hardware, and household applications, with the capability to withstand temperatures of over 1000°C.

Its branding will feature on the upper nosecone area and rear wing endplates of each car in what will become known as the VHT Australian S5000 Championship.

The company has a racing heritage of sorts in Australia, having been first imported to its shores by Brian Sampson in 1970.

Sampson won the 1975 Bathurst 1000 with Peter Brock and was also a highly accomplished open-wheel racer.

“VHT is thrilled to be the first-ever naming rights sponsor of the Australian S5000 Championship,” said Brendan Jones, Director at VHT Australia.

“S5000 is a category unlike anything Australian motorsport has seen since Formula 5000, so it is an honour for VHT to be associated with this great racing formula.

“2020 also marks 50 years since Brian Sampson acquired the distribution rights to the VHT brand in Australia, and to this day Speco Thomas remains its sole distributor.

“In that time VHT has also been associated with numerous forms of Australian open wheel racing, so our partnership with S5000 continues that great tradition.

“With S5000 being the fastest open wheel category in Australia and VHT being renowned for high performance coatings, this partnership fits on every level.”

“S5000 is a category that captures the spirit of Australian open wheel racing’s halcyon years in the present, and into the future.

“Through Brian Sampson who is a legend of Australian motorsport, VHT has a rich connection to ‘pure racing cars’ in this country. In S5000, the VHT flag will be flying proudly into the next chapter of Australian open wheel racing.

“A large part of the trade and performance motoring industries rely on VHT coatings for a wide range of uses, and we hope they continue to support the brand that supports S5000.”

S5000 drivers including Rubens Barrichello, Giancarlo Fisichella, and Alexandre Premat will race for the Alan Jones Cup when the first ever points-paying round takes place later this month at the Formula 1 Rolex Australian Grand Prix.

Action commences with Practice and Qualifying on Thursday, March 12, and culminates with the Feature Race on Sunday, March 15.