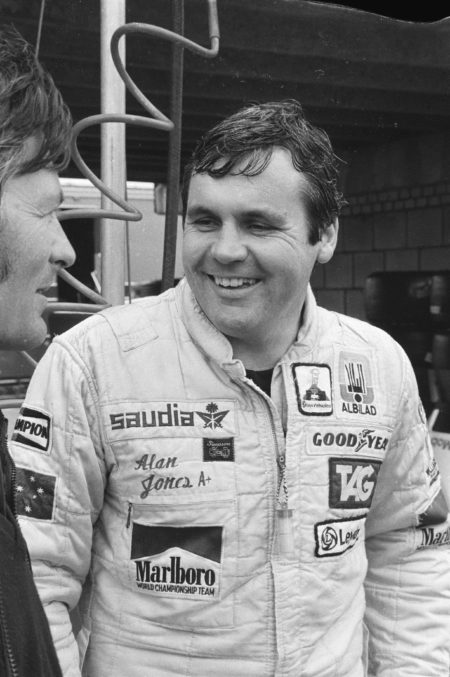 Formula 1 world champion Alan Jones is set to present the winning S5000 driver in Albert Park with a trophy bearing his name.

The winner of Sunday’s feature race at the opening round of the Australian S5000 Championship will be awarded the Alan Jones Cup, with the 1980 world champion on hand to present it.

Organisers have confirmed all S5000 rounds will sport a trophy named in honour of one of the sport’s icons.

“AJ has been a great supporter of the S5000 concept from the start, and has been there to run ideas past all the way,” said S5000 category manager Chris Lambden.

“It’s terrific that he is the first of the legends linked to our events this year.”

Jones added: “Yes, I’m a strong supporter – it’s something that’s been lacking from Australian motorsport for a while.

“S5000 will provide a terrific challenge for young Australian open-wheeler drivers, and provide the environment in which to show what they’ve got in terms of serious open-wheeler credentials.

“I reckon Australia’s next world champion will come from S5000.”

Preceding his success in Formula 1, Jones cut his teeth in Formula 5000 racing in Europe, the USA, and Australia.

He drove a Theodore Racing Lola T332 owned by Hong Kong businessman Teddy Yip to two race wins in the 1976 SCCA/USAC Formula 5000 Championship, and victory in the 1977 Rothmans International Series (the successor to the Tasman Series).

The category will confirm the identity of those it will honour at future events at a later date.

The S5000 season gets underway at the Formula 1 Rolex Australian Grand Prix on March 12-15.