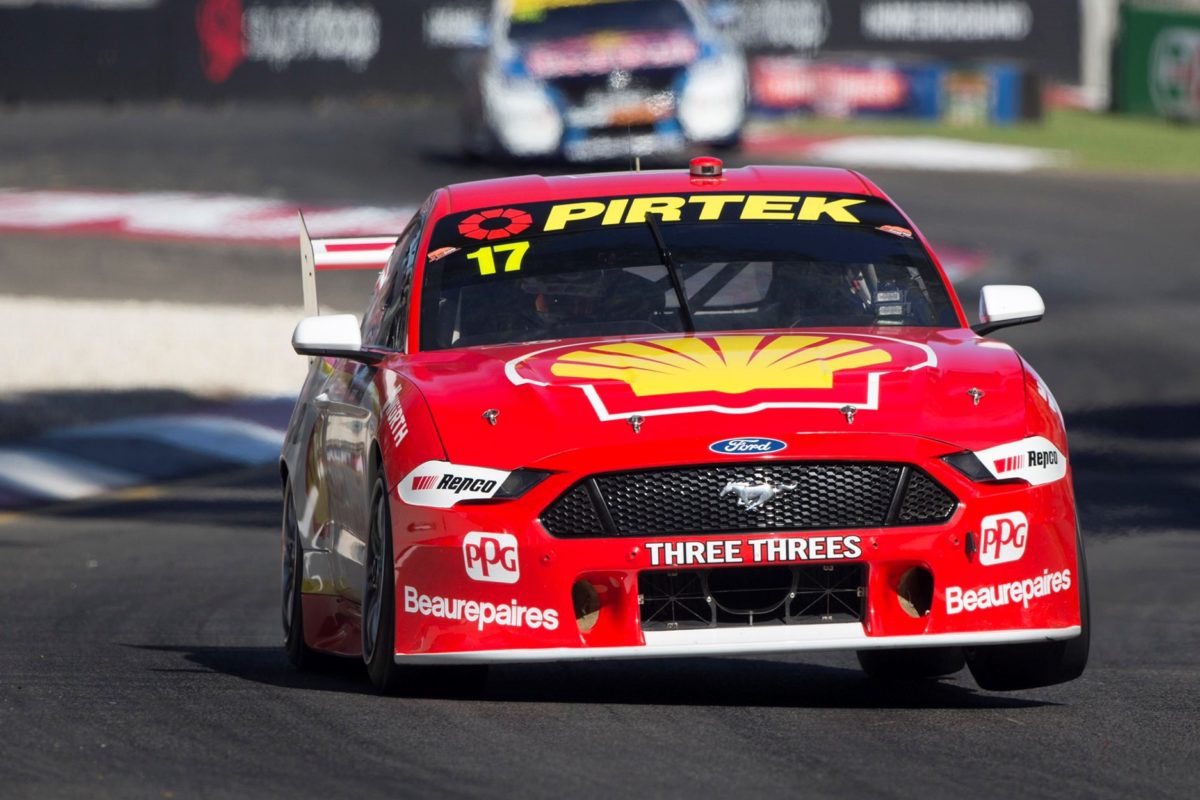 The racing boss attended this year’s Superloop Adelaide 500 to ‘continue discussions’ with the championship about ‘where its future is going’.

“That’s what we want to do we want to compete against other manufacturers, the best in the world,” Rushbrook told Speedcafe.com.

“That will vary by series and by region, but that’s why we’re here.”

In Adelaide, Rushbrook was joined by a swag of Ford support that included Kay Hart, president and CEO of Ford Australia and New Zealand.

Their presence at the event comes at an important time for the Virgin Australia Supercars Championship.

Discussion has escalated in recent weeks about the Gen3 regulation set amid the demise of Holden.

While it is expected the Holden Commodore will still be raced in 2021 even after the marque has been folded, talks have turned to finding more manufacturer involvement for Gen3.

Asked by Speedcafe.com about what manufacturers need to commit to the championship, Rushbrook said there are ‘a lot of different elements’ that determine whether they join.

“The body, as it needs to fit over the chassis, is an important element as it is in all series,” Rushbrook explained.

“(That includes) Supercars so that OEMs can bring their streetcars in a race version on the track that is representative of the street version.

“That’s important as well as what’s underneath the car, the chassis architecture, the power train architecture, and the driveline.”

As the championship looks to the future, Rushbrook said he’s had good discussions with Supercars to date courtesy of the Manufacturers’ Commission.

“The Manufacturers’ Commission, our OEM council, started a year ago after (the Adelaide 500),” said Rushbrook.

“That’s been really good for two-way dialogue between the series and current and prospective OEMs.

“As well as OEMs hearing each other in terms of what is important to us. It’s proven to be a very good forum for communication.”

Supercars peaked at five manufacturers during the Car of the Future era.

Nissan and Volvo arrived with factory support, though the Erebus Motorsport deal with Mercedes-Benz was only as a customer of the German marque.

Since then, all three badges have left the sport leaving only Ford and Holden with a factory presence.

Supercars sought to attract more manufacturer interest in the championship via Gen2, which allowed for turbocharged four-cylinder and six-cylinder engines to be used.

Triple Eight Race Engineering was the only team to explore engine alternatives via their Cadillac-based twin-turbocharged V6. However, that project was shelved in 2018.