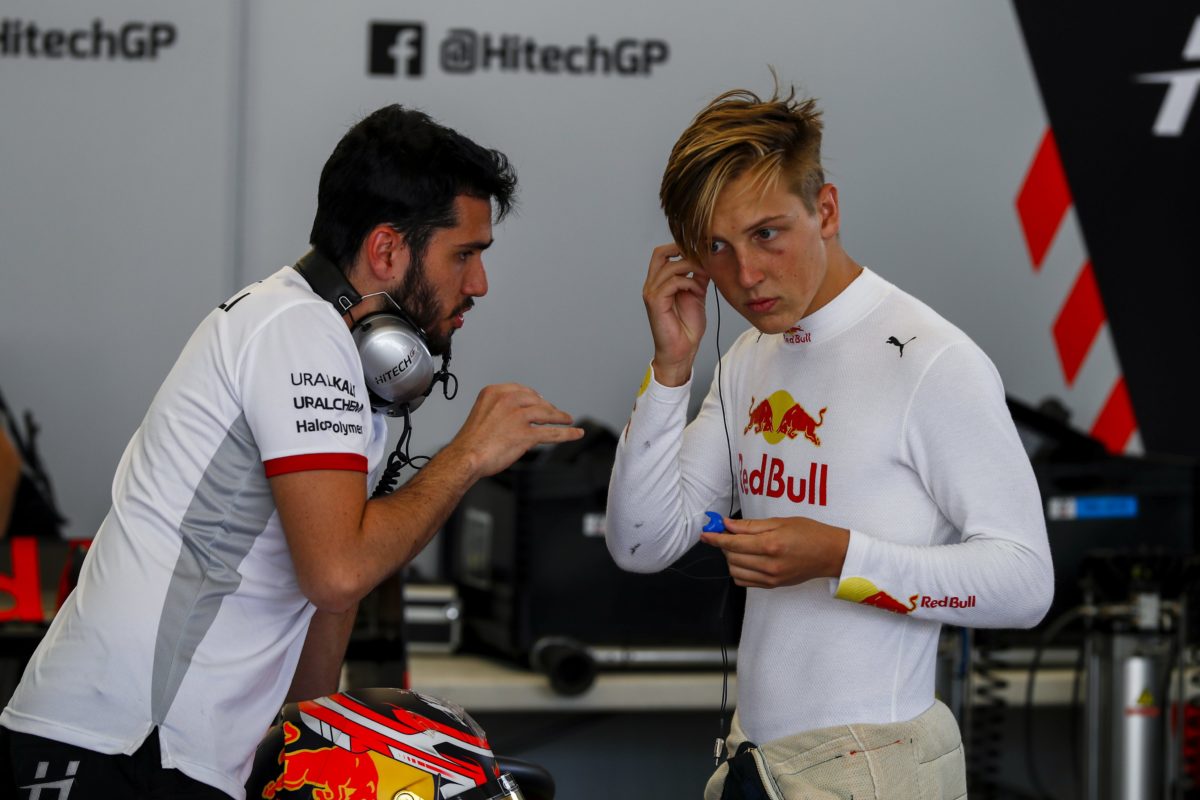 Kiwi Liam Lawson has set the pace on Day 2 of the FIA Formula 3 Championship’s pre-season test at the Bahrain International Circuit.

Lawson was 11th quickest in the morning session before he and Hitech Grand Prix team-mate Max Fewtrell jumped to the top of the timing screen when they set out for their initial afternoon flyers.

Once the typical flurry of late fast laps came in, Lawson had re-established himself in first position with a 1:46.365s, 0.519s up on Clement Novalak (Carlin).

Alex Peroni (Campos Racing), who was second quickest on Day 1, wound up third on the second day with a best time of 1:46.902s.