Holdsworth: Tickford ‘knocking on the door’ of RBHRT, DJRTP

Holdsworth: Tickford ‘knocking on the door’ of RBHRT, DJRTP 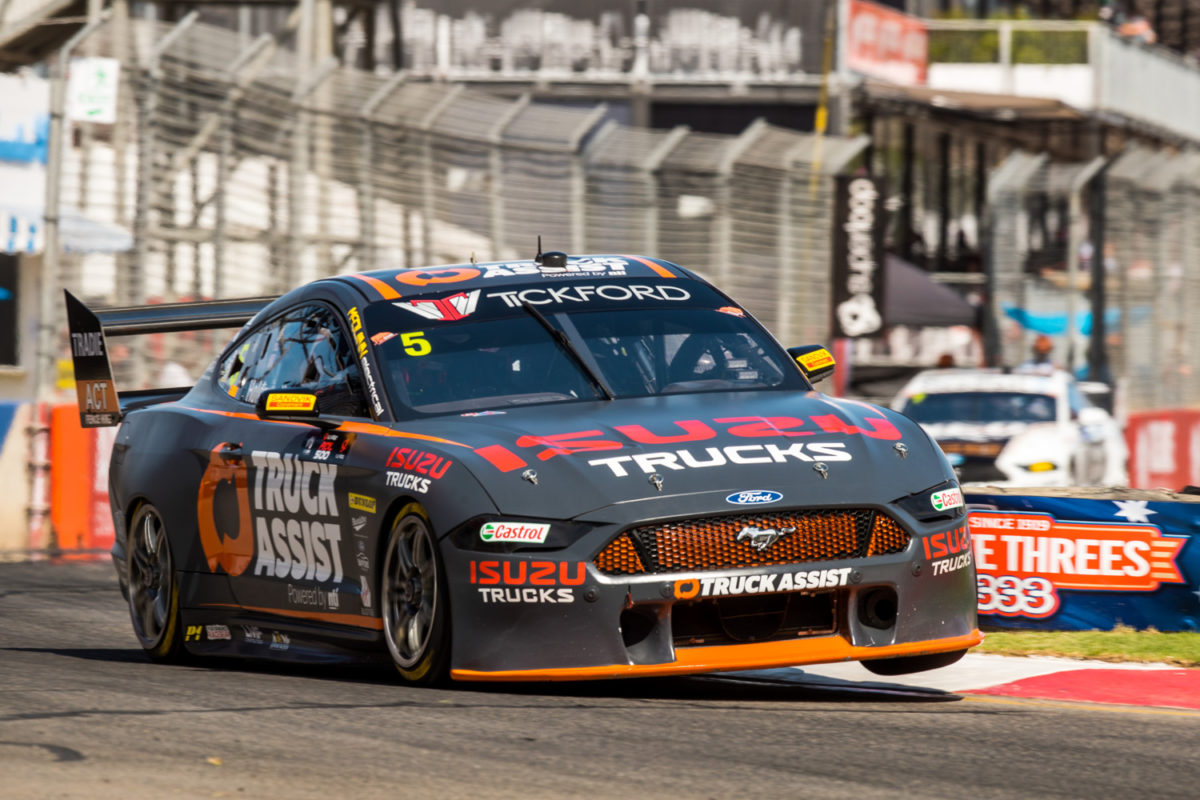 Holdsworth has high hopes for wins in 2020

Lee Holdsworth is confident Tickford Racing can be regular race winners and podium finishers in Supercars this season.

A series veteran of 14 seasons, Holdsworth said parity changes to the cars in the off-season have made a significant difference to the competition.

“I think everyone has a better opportunity to be closer to the front at the moment,” Holdsworth told Speedcafe.com.

“We saw how close the times were, probably closer than ever in Adelaide. There’s plenty of positives to take from the changes that have been implemented.

“They’ve done a good job with the parity of aero, the engine stuff hasn’t affected anyone greatly, and the shock I think has been the big equaliser.”

Red Bull Holden Racing Team and the Shell V-Power Racing Team shared the spoils in the opening round, with Jamie Whincup and Scott McLaughlin taking one win apiece.

Cameron Waters was the best of the Tickford Racing-run cars with a podium in the second race, but Holdsowrth doesn’t believe it will be long before the team is back on the top step.

“Just taking it up to DJR Team Penske and Triple Eight is the big challenge. That’s what everyone is chasing,” Holdsworth said.

“(The parity changes) certainly gives us a better opportunity to get on top of those guys. I think we’re not far away. We’ll be knocking on the door throughout the year, no doubt.”

“It’s an exciting time for Tickford to capitalise on the car we had in ‘19 and shoot for podiums and wins in 2020.”

Holdworth finished 12th and sixth in the opening two races of the season to end the weekend seventh in the points.

By contrast, team-mates Cameron Waters and Will Davison ended the weekend tied for fourth in the standings.

It wasn’t an entirely trouble-free run for Holdsworth, who had a ‘frustrating’ lead up to the season-opener.

He and the team struggled to get his car dialed in at the BP Ultimate SuperTest. However, by Sunday’s race in Adelaide he was feeling comfortable.

“We had a couple of things not exactly how we would have liked in the car. We probably didn’t have our heads around it until Saturday night at Adelaide with set-up.

“We were a fair way behind the eight ball even just rolling out on Sunday morning. Once we worked out where we were going wrong then everything made sense.

“To get on top of those things and confirm the thoughts and the direction we were heading, it was refreshing to know the car was quite quick.

“My aim was to come away with a solid points haul and be top 10 in the championship because you just want to get through that round.

“To get away from there with a quick car and a solid points haul is always the first thing to tick off and we did that.”

Holdsworth said his strong start will put him in good stead for the forthcoming Formula 1 Rolex Australian Grand Prix.

Held at the Albert Park Street Circuit, the format will see four races with individual qualifying sessions for each of them.

Holdsworth said he and the team have got their heads around the car and know what to do to be fast.

As a result, he heads to the Beaurepaires Melbourne 400 with high hopes and plenty of confidence.

‘I’ve got no doubt that we’ll roll out there with a pretty speedy car and hopefully capitalise on the speed throughout the weekend because that’s one round that is very important,” he said.

“Every round is important to qualify, but especially at the AGP because it’s such a high speed and fast flowing track.

“Sitting behind someone, you lose the downforce on the front and that’s very difficult to pass. It’s going to be very important for us to roll out there with a good base set-up and capitalise.

“I think we’re in a position now rolling out of Adelaide where we know our car is in the window.”

The Australian Grand Prix is set to run across the March 12-15 weekend.