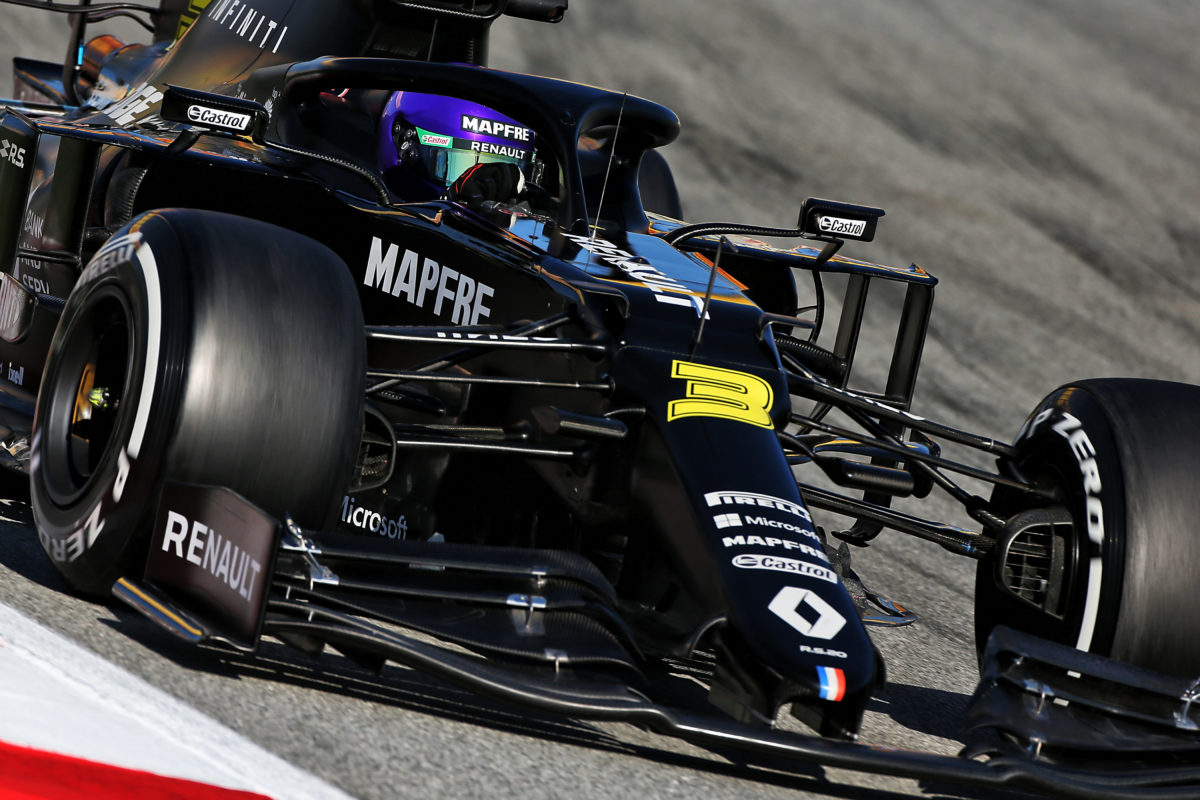 Renault briefly appeared at the top of the timesheets on the final day of running in pre-season testing courtesy of Ricciardo.

The Australian shot to the top on Friday morning in Barcelona and would ultimately end proceedings with the third best lap.

After six days of running split across two tests, Ricciardo was left feeling that his new car was an improvement, but is still off the pace of Mercedes.

“I think we have improved the overall balance of our car,” he said.

“I feel the rear for now is better, and in medium-speed corners, we’re able to get off the corner a bit harder.

“There are certainly improvements. So far, on reliability and stuff we’re strong.

“That was something I know Renault were really pushing on improving this year.”

Ricciardo’s best time of 1:16.276s was less than a tenth away from that set by Valtteri Bottas on the same C5 compound rubber on the final day of running.

However, the Finn had managed to dip below the 1:16s bracket earlier in winter testing.

Teams are typically secretive of the programmes they run during testing to mask any gains from their rivals while gathering the necessary data they need for the forthcoming season.

“We know that we’re not as quick as Mercedes now, so I don’t know what they were doing, but I don’t want to get that ahead of ourselves,” he said.

“I don’t necessarily get excited about the P1 but in saying that, if I put the C5 on and we were P6, for sure I would be disappointed.

“It is nice, at least we put in a good lap. We were able to use a good tyre relatively well. So there’s positives for sure.

“We’ve been doing this long enough to know that’s not necessarily what we’re going to qualify in Melbourne, but it’s still positive for us to see that we extracted a quick time.

“I made a good step from the first C5 to the second, I think I found two or three-tenths. Maybe I could find another couple with another set (but) we did okay for what we have.”

Formula 1 is now set to head to Melbourne for the season-opening Formula 1 Rolex Australian Grand Prix on March 12-15.