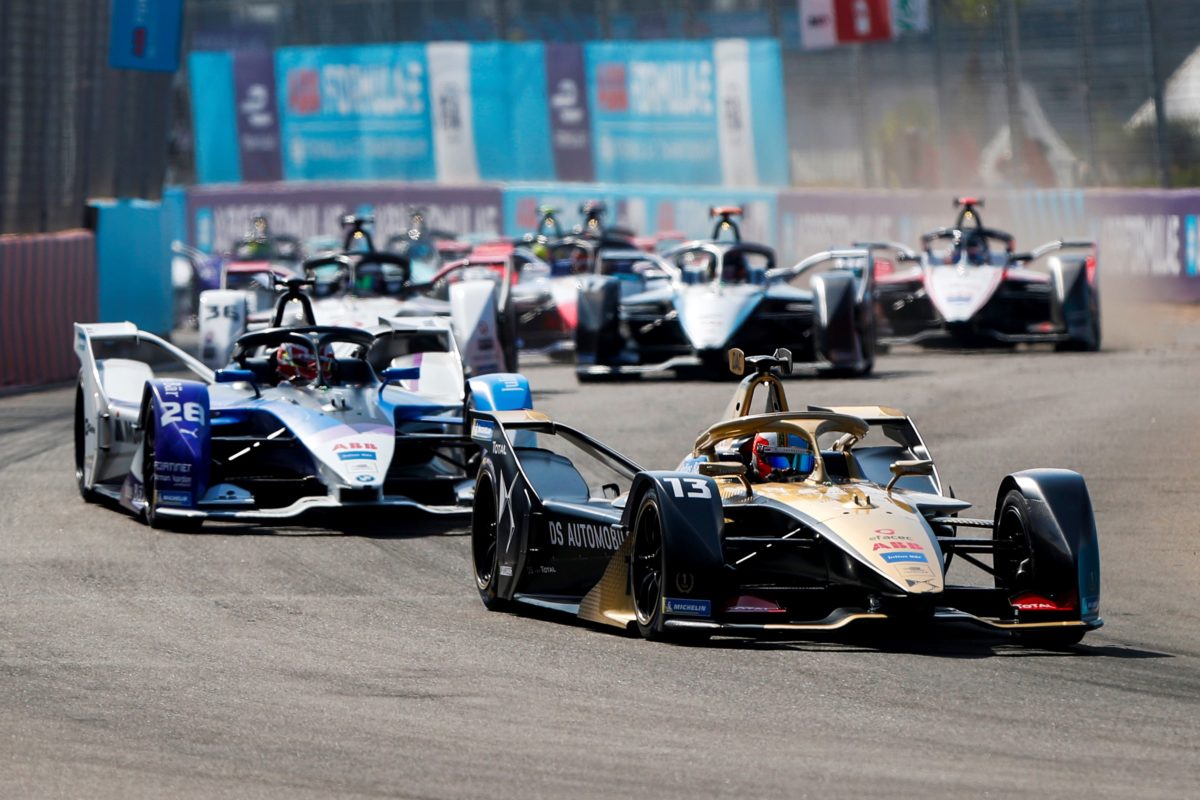 António Félix da Costa has moved into the lead of the ABB FIA Formula E Championship with a dominant display in the Marrakesh E-Prix.

The DS Techeetah driver began the race from pole position and immediately stretched his legs on the field.

Second placed Maximillian Günther of BMW i Andretti Motorsport managed to keep da Costa in his sights and at the end of Lap 1 was only eight tenths off the lead.

The opening few laps were largely kept clean. Rowland and Vergne were the big movers, both up three places.

Drama struck on Lap 7 when de Vries was handed a drive-through penalty for overpowering during regeneration. He duly dropped 23rd in the order.

After a relatively quiet start, Günther began to shadow da Costa for the lead. With a little under 25 minutes to go the German driver swept around the outside into Turn 1 to take the lead.

However, da Costa kept pace with Günther, seemingly content to stay in his slipstream and use less power.

The tide soon changed as da Costa took his second Attack Mode to surge through with 19 laps in the book. Moments later, Günther used his Attack Mode, but the BMW driver couldn’t reply.

Having started from 11th, Vergne hustled his way through the field to be challenging for the podium. With less than 10 minutes to go, Vergne got past Günther to make it a one-two for DS Techeetah.

Günther fought back but Vergne defended hard and blocked heavily on approach to the first turn. However, hopes of a DS Techeetah one-two were dashed when Günther got through on the last lap as Vergne’s power faded.

Further ahead, da Costa cruised across the line to claim his third Formula E career win and his first for DS Techeetah.

“The win today was down to the team,” said da Costa.

‘They gave me an amazing car and we are working together to improve. The race was actually much harder than it looked.

“I had to be very brave and clever when making any moves.

“At one point, I had to let Max get really close and push him into using extra energy, while with the second Attack Mode I was preventing Andre from getting within touching distance.

“In the end, it worked out perfectly. We planned the race very well and all the work back in Paris paid off.

“Hats off to JEV today who, despite having a tough week, pulled through with a podium finish for the team.”

Günther got second while Vergne was third. Buemi and Mortara completed the top five running order.

Having started 24th on the grid, Mitch Evans stormed through to claim sixth place. As a result, he dropped to second place in the standings.

The championship is led by da Costa on 67 points with Evans second on 56 points and Sims third on 46 points.

The ABB FIA Formula E Championship moves to Italy for the Rome E-Prix on April 4.