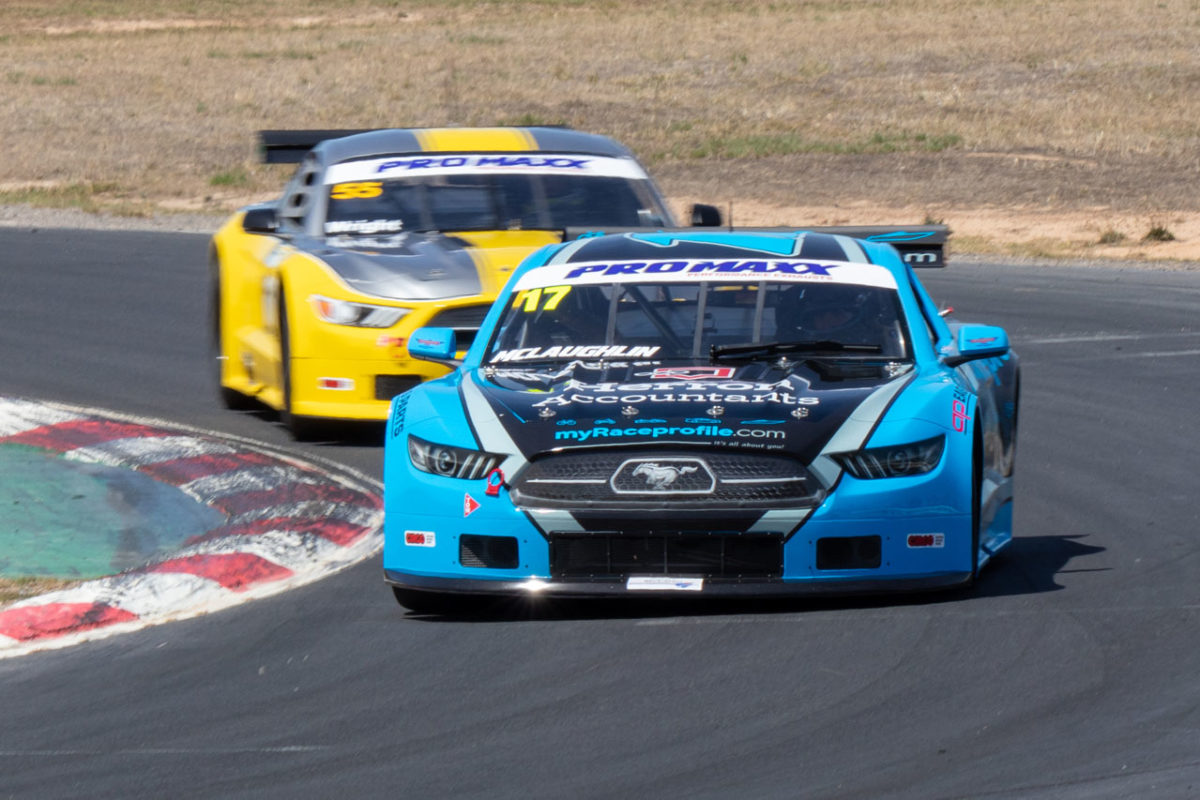 John McLaughlin has secured an overall round win on debut in the TA2 Muscle Car Series, finishing second and first in today’s two races. McLaughlin was second behind a fast-starting Murray Kent in Race 3, but powered past Kent early in Race 4 before driving to an unchallenged victory.

Kent finished second overall ahead of Michael Kulig, with Michael Coulter fourth overall despite slipping down the order with a power steering problem, and Brett Niall completing the top five for the weekend. 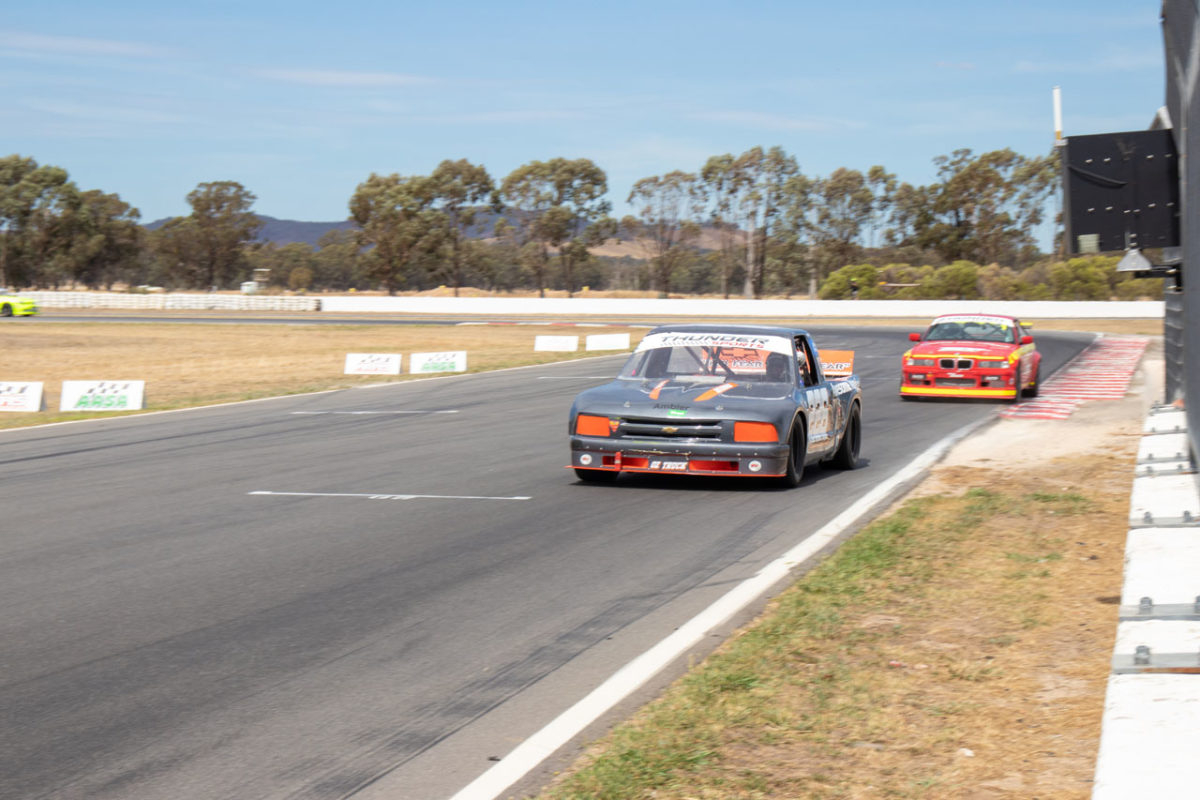 Stephen Chilby completed a clean sweep of the Thunder Sports with victories in all three of today’s races in his OzTruck, including a rapid charge to the front in the final race, which featured a reverse-grid format.

Last year’s champion Mark Tracey was second overall ahead of Queensland Sam Collins, while Damien Hunter completed a clean sweep in Class B in his Renault Clio. 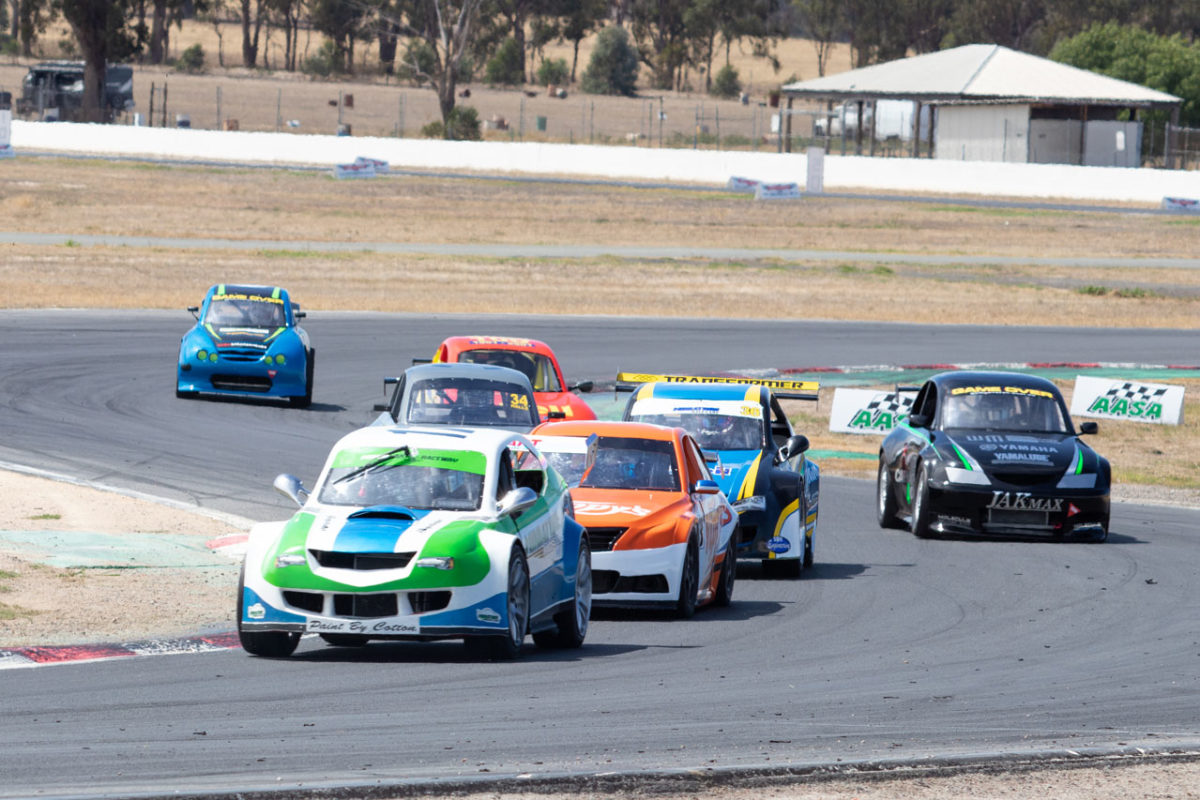 Consistency paid dividends for Blake Purdie, who backed up his race win yesterday with a trio of top-three finishes today, to secure his first Miniature Race Cars round win aboard his Aussie Racing Car.

The similarly consistent BJ Lemon finished second overall in his Future Racer, and Craig White bounced back from his Race 2 DNF with a trio of victories in today’s races to score third place overall. 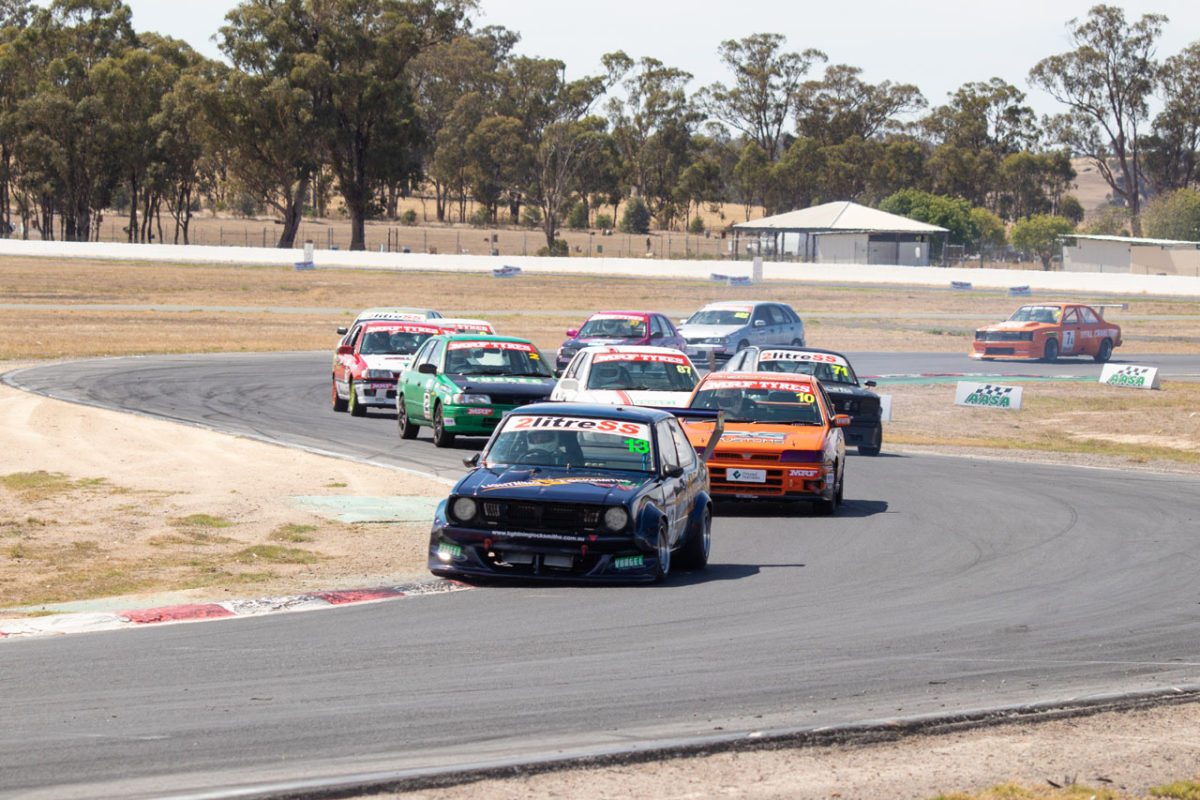 There were three different winners from today’s three 2 Litre Sports Sedan races, but it was the experienced Steve Howard (Toyota Corolla) who emerged as the overall victor.

One of the other race winners, Craig Lindsell, suffered overheating problems in his Mini but still finished second overall ahead of Iain McDougall; the other race win went to Luke McPherson in his Ford Escort. 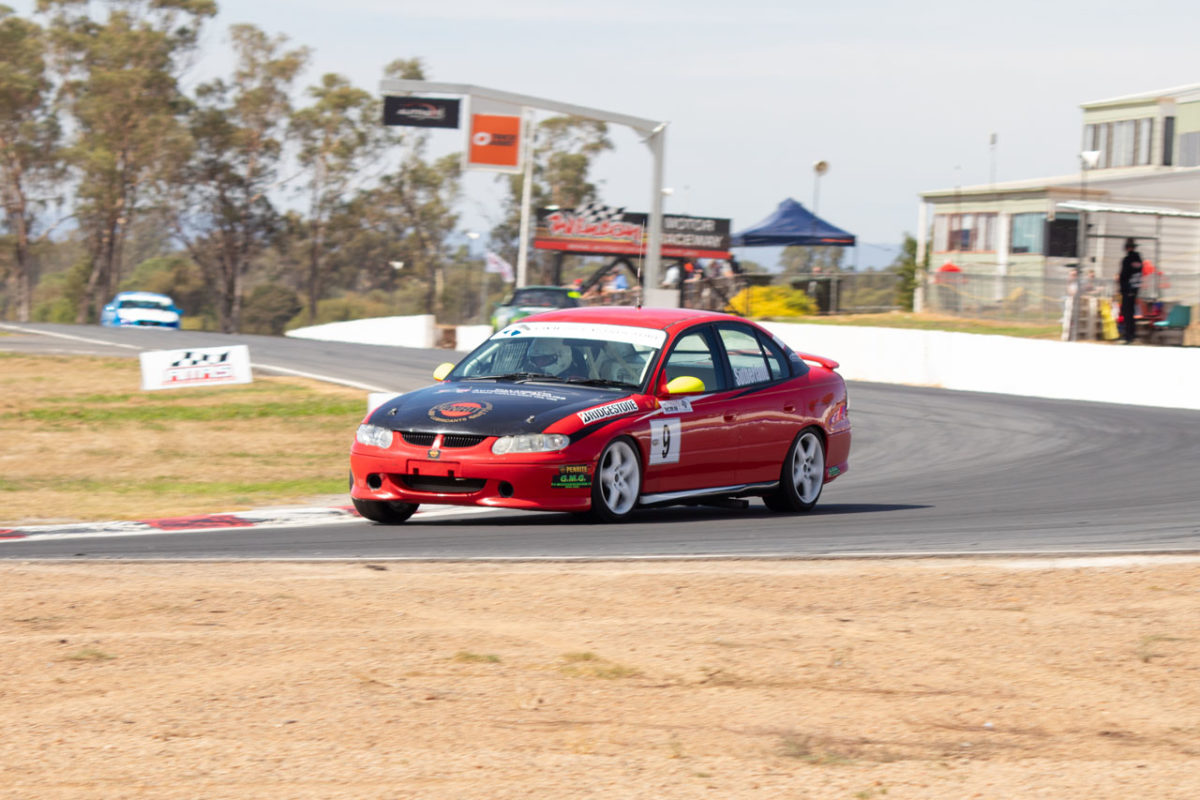 Despite a DNF, Ranald Maclurkin was the overall winner of the Super Class, Sutherland took honours in the Sports Class and Falcon driver Mick Pettit was victorious in the Standard Class.