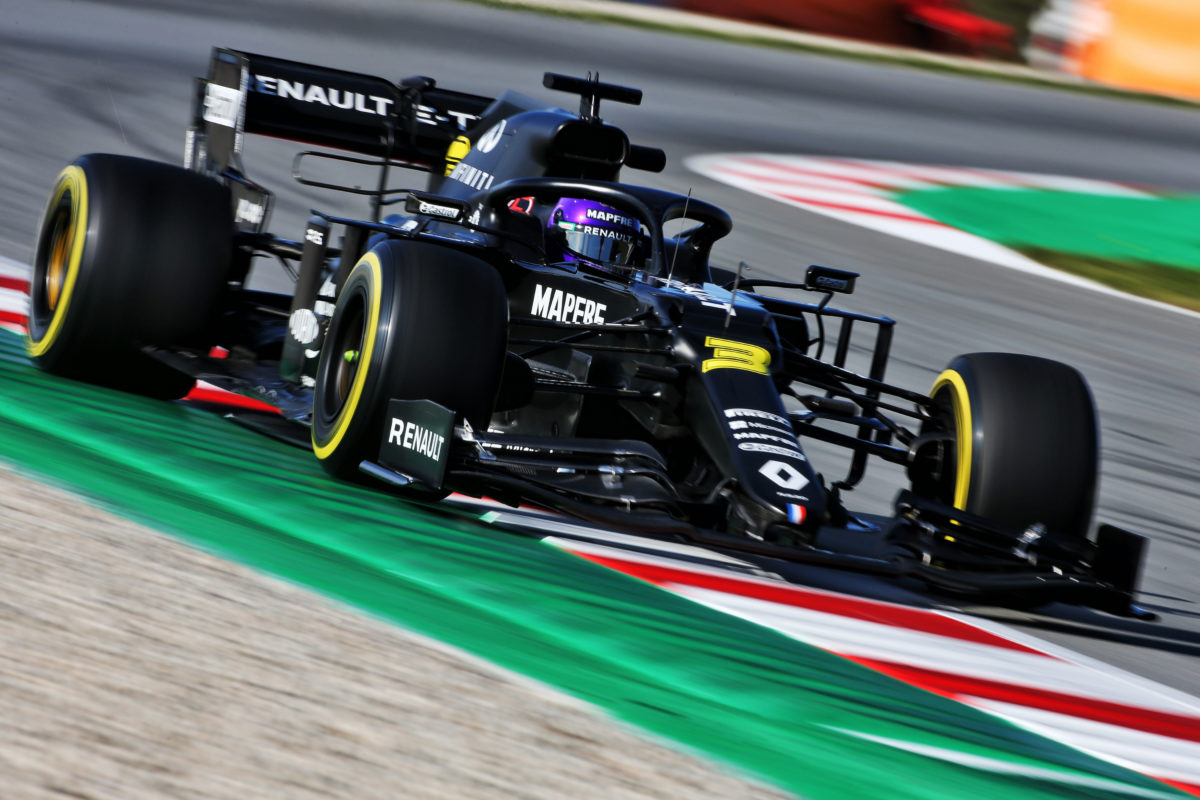 The Renault driver recorded a best of 1:16.276s to be less than a tenth of a second slower than Valtteri Bottas’ Mercedes.

The Australian set the fastest of his 65 laps on the softest compound tyre during the morning’s four hours of running in Barcelona.

A lap midway through the afternoon promoted Bottas to top spot, initially besting the Renault by half a tenth before marginally extending that to end the day 0.08s ahead.

Sitting second was Max Verstappen who used a set of C4 tyres to record his best in the closing minutes of the test.

With no further running before teams head out for opening practice in Australia it proved a busy day.

Ferrari racked up 181 laps courtesy of Charles Leclerc which equates to almost 850 kilometres of running.

At the other end of the spectrum was Kevin Magnussen who banked just 29 laps for Haas after spending a stretch in the garage with mechanical dramas.

Alexander Albon propped up the timesheets  with a 1:17.803, performing duties in the morning session for Red Bull.

Albon took a a tour of the gravel at Turn 12 as the day approached the lunch break, while there was a spin for Kimi Raikkonen too, and Romain Grosjean briefly left the road at Turn 7.

Formula 1 teams will now return to their bases ahead of their departure for Melbourne and the Australian Grand Prix on March 12-15.