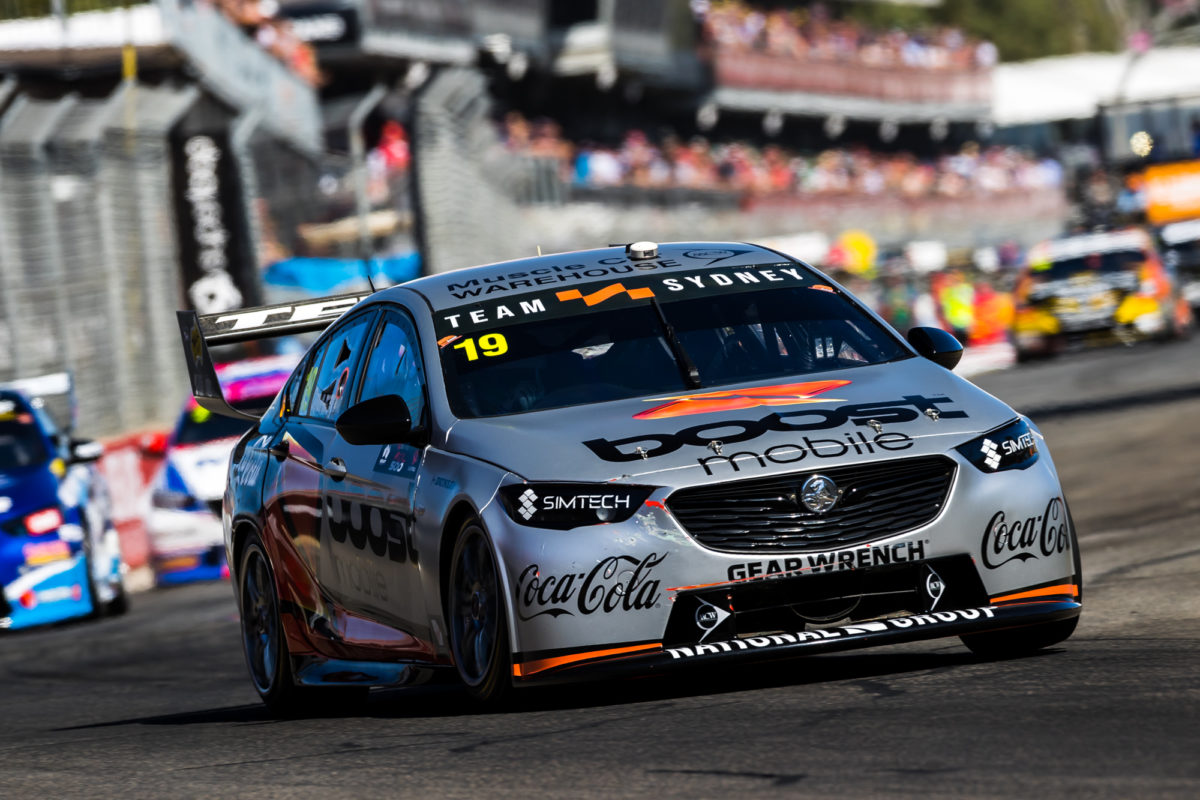 Just one week after the season-opening Superloop Adelaide 500, Courtney confirmed he would no longer work with Team Sydney.

Courtney advised Adderton of his decision this morning, which the telecommunications mogul said he was fully supportive of.

“We advised him that we’re supporting him and whatever he wants to do,” Adderton told Speedcafe.com.

“This is a James Courtney sponsorship, it’s not a Team Sydney sponsorship. If James wants to go drive something else then, of course, we’ll support our athletes.

“That’s the whole reason why we did it. If James doesn’t want to be there then that is really very little to do with us.

“We’re supporting him. It was a sponsorship that was driven by James, for James, and he just happened to choose Team Sydney as where he wanted to go.”

Adderton has indicated to Courtney where he thinks the 2010 Supercars champion should look to compete for the remainder of 2020.

When asked by Speedcafe.com what those options might be, Adderton wouldn’t divulge the possibilities.

Recently Boost Mobile backed an entry in the Bathurst 12 Hour and has supported James Golding in the burgeoning S5000 single-seater series.

Adderton believes it won’t be long before Courtney is back racing.

“We did advise him that we thought there might be some better options to look at, but he was committed to (Supercars).

“We need to have a sit down with him and decide what he wants to do and where he wants to go.

“We also owe it to Jono (Jonathon Webb) obviously to see what is going to transpire (at Team Sydney).

“With James not in the car, considering our sponsorship is directly with James, then wherever James is going to go we’re going to go.

“Everyone has got to be happy and if he’s not happy and doesn’t think he can get the job done there then I think he’s doing the right decision.

“For us, as a sponsor, I think he’s making the right decision for himself, which is probably the most important thing.

“There are plenty of options out there in the marketplace. James comes with a loyal sponsor, which will be helpful for him.”

“I think you’ve got to think about why James left,” he said.

“I think you’ve got to think about why we left the sport too. The question becomes; does Team Sydney fill the void of those issues?

“Going on the side of the car and putting another driver into a situation that clearly isn’t working the way James would have liked it makes no sense.

“There seems to be a core problem that needs to be fixed. Until that is fixed with Team Sydney it doesn’t matter who you put in the car.

“From our perspective, we did this for James. We had no intent on coming back (to Supercars) this year. We did this because James personally rang me and asked me to do it.

“Everyone knows I’ve been extremely loyal to athletes that have been loyal to us. So we said yes, we’d do it.”