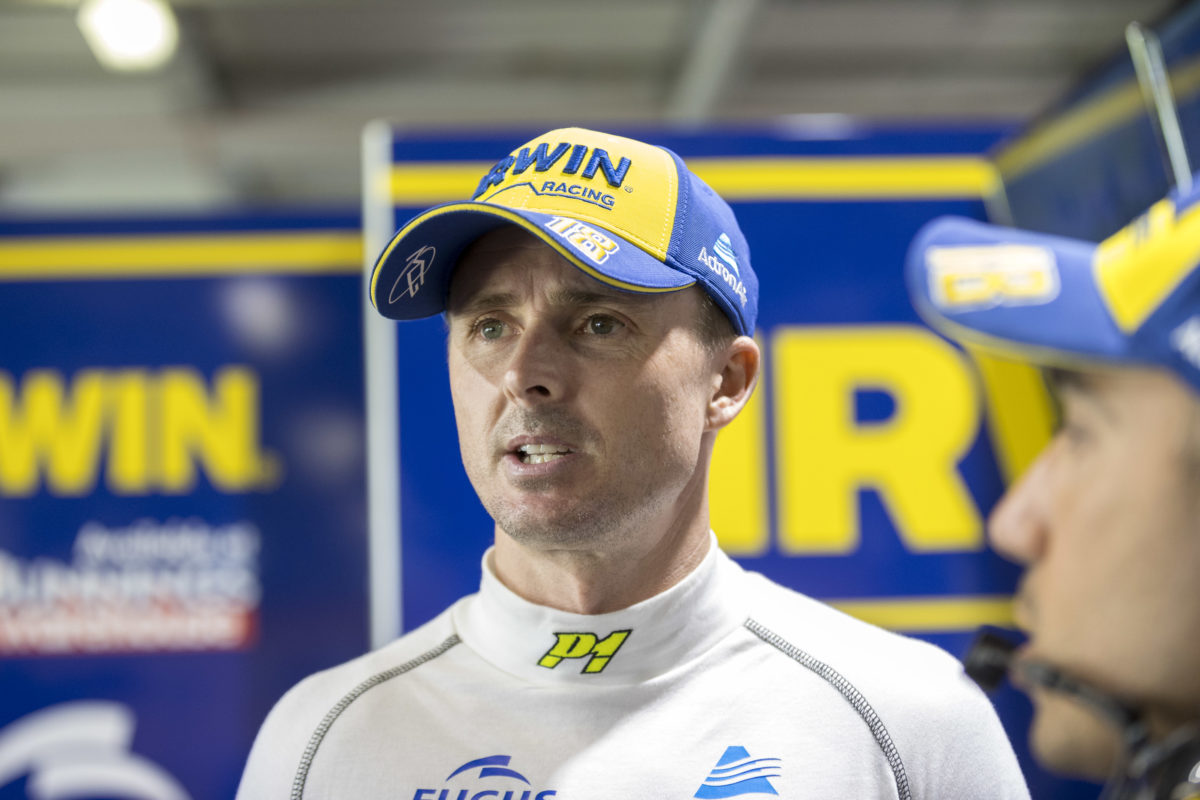 Mark Winterbottom is optimistic about the long-term future of the Virgin Australia Supercars Championship despite Holden’s demise.

The former factory Ford driver, who now races a ZB Commodore for Triple Eight customer Team 18, believes Supercars’ administration can overcome the loss of one of its cornerstone marques.

Asked at a media event for the upcoming Tyrepower Tasmania Super400 if the category could survive in the longer term without Holden, Winterbottom responded, “There’s no doubt it has an impact.

“(It is) One of the biggest most iconic brands and our sport revolved around it; Holden v Ford.

“But, with things come solutions. It’s sad news, but the sport’s already, I’m sure, thinking about what’s next.

“We’re contracted as drivers to the team; they come up with solutions and we move forward.

“Thankfully our sport has gone past the manufacturer days a little bit, but it’s still going to have an impact.”

Although there have been no firm announcements regarding Supercars’ response to Holden’s exit, the ZB Commodore was already being run out of showrooms for good and championship CEO Sean Seamer had already indicated two-door, sportscar-style vehicles would be a “core part” of Gen3.

Supercars could, however, introduce aspects of Gen3 prior to the most recently slated 2022 introduction due to the General Motors decision.

Winterbottom’s comments follow those earlier this week of two-time champion Scott McLaughlin, who said he is ‘nervous’ about Supercars’ future in the wake of Holden’s axing.

While holding a different position about the implications for the category, Winterbottom broadly agreed with McLaughlin’s sentiments about the cultural impact of Holden on motorsport, but also pointed to the significance of it to Australia in general.

“We’ve all got history with (Holden), whether you’ve owned one, worked on one, looked at one, whatever it is… (even) hated one,” said the 2013 Supercheap Auto Bathurst 1000 winner.

“Whatever it is, we’ve all got history.

“It was a progression; manufacturing slows, and then to where they are now, so it’s a sad day, it’s still quite fresh, but it’s bigger than the sport; that’s probably the main thing.”

Winterbottom also reiterated a desire to continue for a number of years and ultimately retire at the Charlie Schwerkolt-owned squad that he joined last year.

“I’ll finish my career there. It’s a few more years to go but that will be where I finish and whatever he backs, I support.

“You race for the team and you’re contracted to them. For us, moving forward, the sport seems healthy.

“There’s a lot going on. Other than the negative of the Holden story, but plenty of good to come. The sport is looking quite healthy, so we’ll see what happens.”

Schwerkolt has been a customer of a number of teams in recent years and would assess his options should the Holden exit trigger significant changes to the landscape, but is also upbeat about Supercars.

The boss of his supplier, Triple Eight Race Engineering’s boss Roland Dane, has thus far been tight-lipped on the implications for the organisation which is currently Holden’s homologation and factory team.

Winterbottom is currently eighth in the championship with the Beaureapaires Melbourne 400 next on March 12-15, followed by the Tasmania event at Symmons Plains on April 3-5.