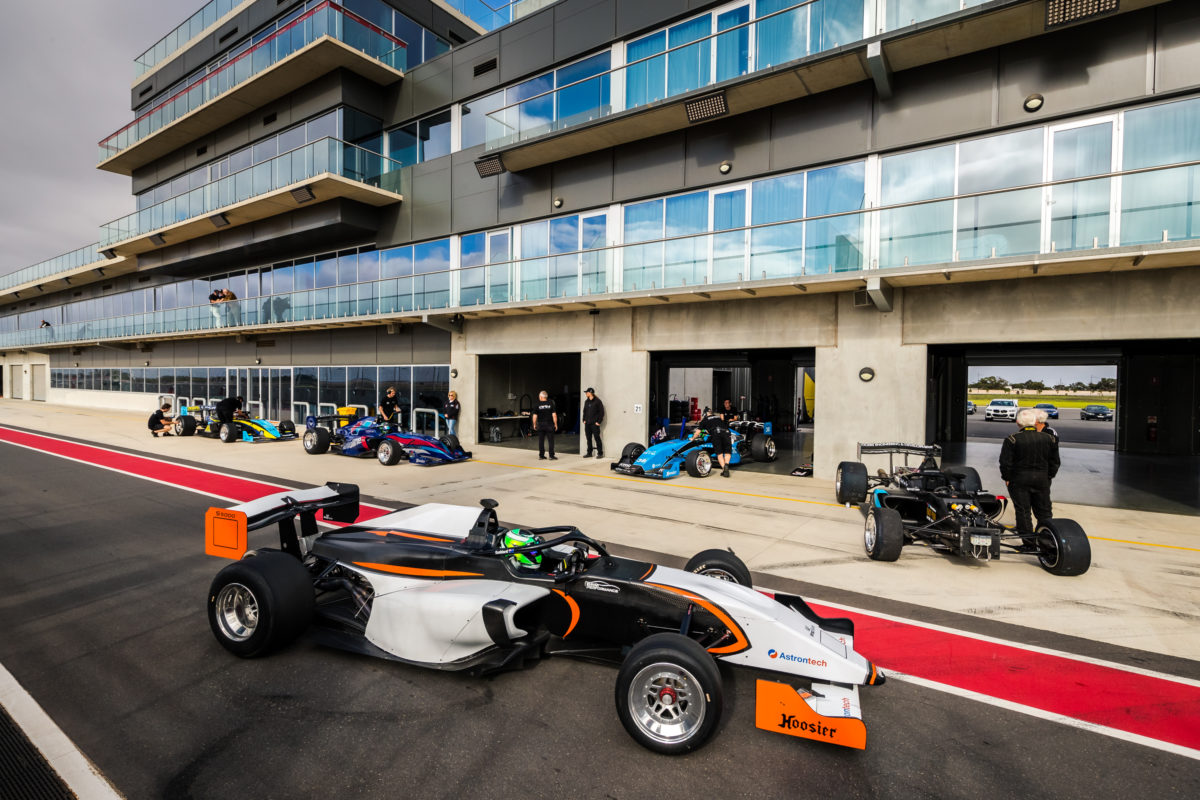 Almost a dozen drivers have taken to The Bend Motorsport Park as part of the official S5000 pre-season test.

The S5000 Series officially gets underway as part of the Formula 1 Rolex Australian Grand Prix next month.

Eleven drivers have today taken to the The Bend leading into the event with a number gaining their first laps in S5000 machinery.

Among those present, Luis Leeds, Antonio Astuti, and Thomas Maxwell are all gaining their first S5000 laps.

For Leeds the opportunity to test the car is a bonus ahead of his first event in the series.

“The Grand Prix is a real special place for me. I live close by, my dad works there and I’ve been there and every year I’ve been at the event,” said Leeds.

“To actually drive around the circuit, in one of these loud, fast S5000 cars, it’s an amazing opportunity.

“As a driver, all I want to do is go as fast as I can. I’m going there with the expectation to back up my performance from Formula 4 last season where I qualified on pole and won the event.

“S5000 has a tough field and a tough competition, and against the likes of Rubens Barrichello and Alex Premat, it will be special to be on the grid with those guys.

“I’m only 19, so I grew up watching them. They were the icons, so to be on the same track, same race, it’s something no many people get to do in their lifetime and I’m very grateful for it.”

A strong field is expected to line up in Albert Park for the first official round of the series, headlined by Rubens Barrichello and Supercheap Auto Bathurst 1000 winner Alex Premat.

The S5000 Series will support the Australian Grand Prix at the Albert Park street track on March 12-15.