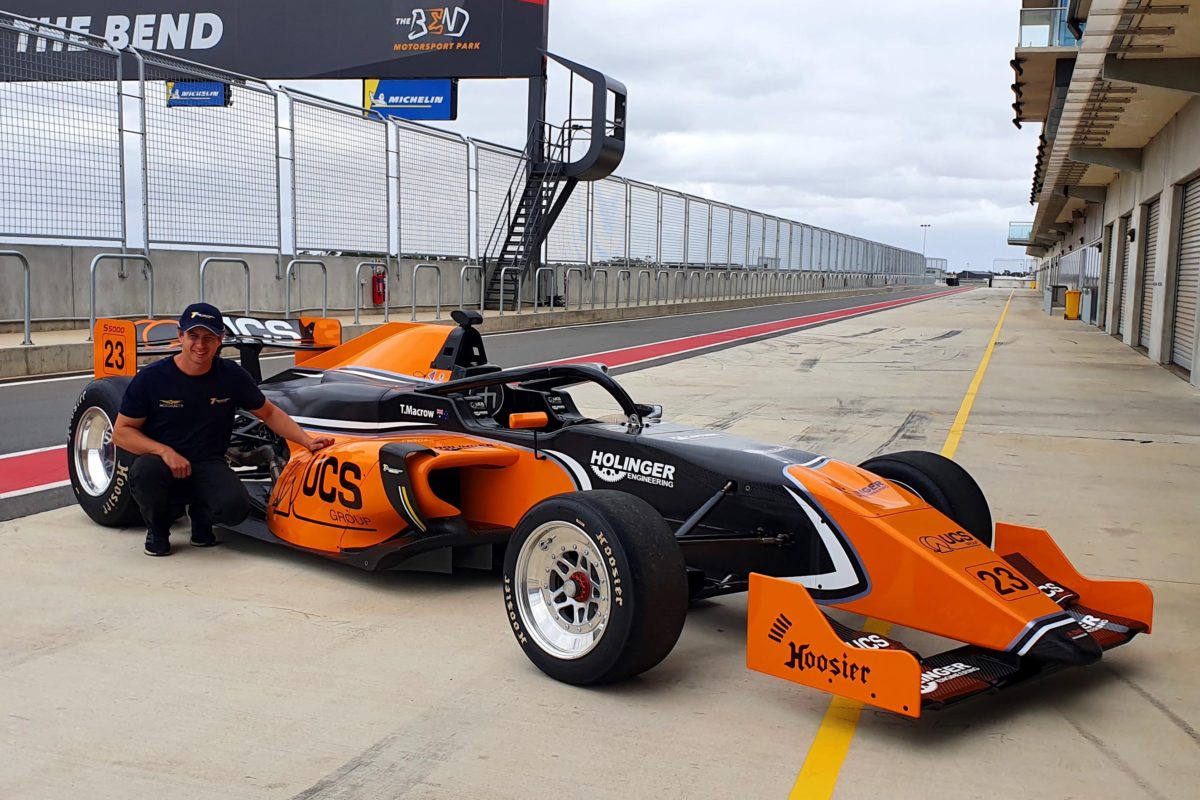 Tim Macrow with the S5000 he will race this year

Macrow was heavily involved in the development of the S5000 prototype as a test driver and entered both of last year’s exhibition rounds.

In that time, he won the first ever qualifying heat at Sandown and another at The Bend.

“Having UCS on board makes all the difference for us in terms of attacking the championship full-on,” said Macrow.

“Holinger, as everyone knows, provides the bullet-proof gearboxes for S5000, so it’s a privilege to also represent their brand in the championship.”

Stephen Ellich, CEO of UCS Group, added, “We saw Tim’s S5000 in action last year and we appreciate the positive impact that this new category will have on the Australian motorsport industry, so we’re pleased to partner with Tim and his team to promote UCS Group.

“UCS Group specialises in designing and constructing HV/LV electrical services and solar services. The S5000 series is Australia-wide, like UCS, and we’re excited to be part of it.”

According to Category Manager Chris Lambden, Macrow will be one of 16 drivers on the grid when the inaugural full season of S5000 kicks off at the Formula 1 Rolex Australian Grand Prix next month.

“It’s great news that Tim has assembled a strong challenge for 2020, introducing a new sponsor to the sport. Congratulations to UCS on choosing to back not only Tim and his team, but S5000 in its first full-on year,” said Lambden.

“And having Holinger, so integral to the S5000 car, looking to further promote their product through their continuing their support for Tim is terrific.

“Tim’s confirmation, along with a host of other driver confirmations and announcements expected over the next few days, adds up to not only a full 16-car grid for the opening round of the 2020 championship, at the AGP, but a grid oozing with quality.

Macrow will be on track today when 12 S5000 cars run at The Bend for a pre-season test day, while the Australian Grand Prix weekend takes place from March 12-15.