Ricciardo wants to ‘make it work’ with Renault

Ricciardo wants to ‘make it work’ with Renault 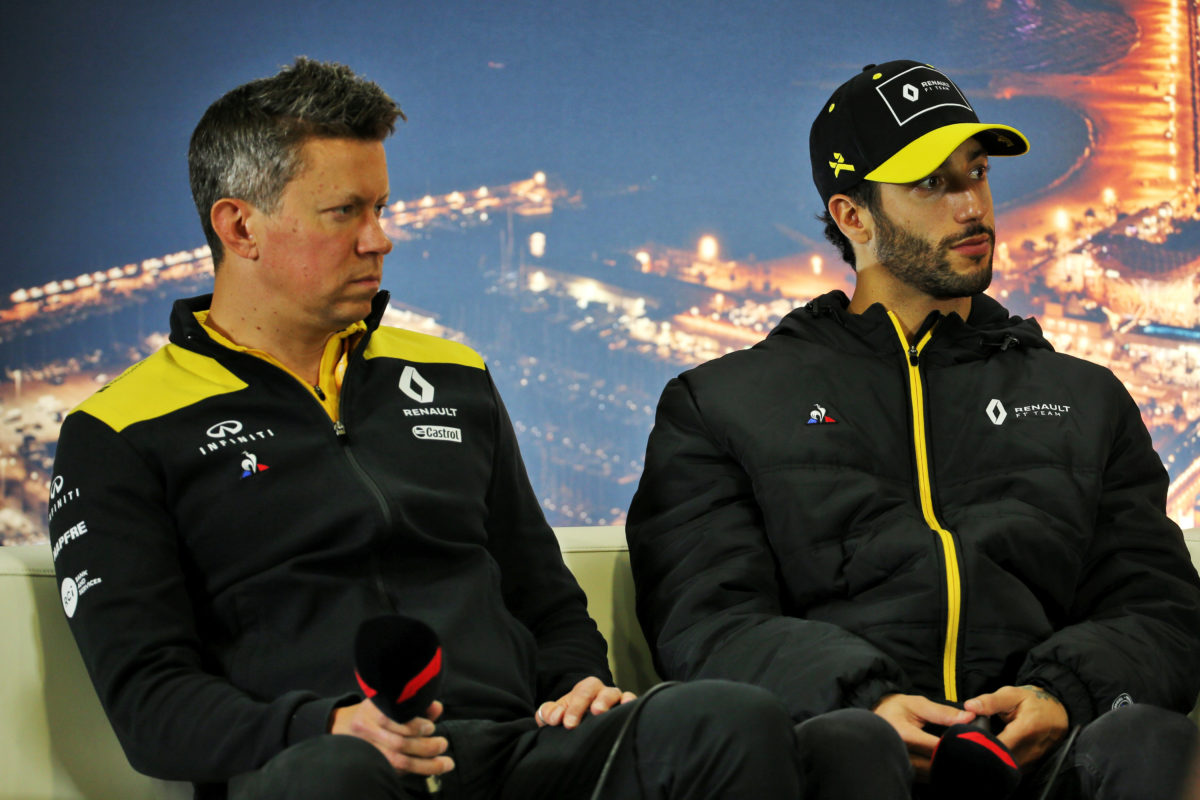 Daniel Ricciardo has expressed a desire to stay with Renault beyond the end of 2020 despite saying he would “answer calls” from other teams.

This season is the latter of a two-year deal which the former Red Bull Racing driver signed to join the Renault F1 Team, a relationship which is yet to yield a podium.

According to a report from earlier in the month, Ricciardo declared he was “answering all calls” from potential suitors for 2021.

Pressed on those comments during Formula 1’s second pre-season test, and whether he had eyes on the Ferrari seat currently occupied by Sebastian Vettel, the West Australian responded, “Sebastian is a nice guy, and he was born two days after me but two years earlier.

However, he then moved to qualify his earlier remarks by stating that his first preference is to remain with Renault if it can improve its competitiveness.

“I reiterated afterwards probably in the second part of that sentence, I will answer calls for sure, but most importantly I want this to work,” said Ricciardo.

“I don’t want it to feel like I’ve just come to Renault and just got away from Red Bull, and then I’m looking for the next best thing. I really want to make this happen and make it work.

“Obviously the step to that is getting more out of this year than we did last year and hopefully getting enough out of it, that the journey continues beyond my two-year contract. That’s the ideal scenario.

“To talk about other what-ifs and future here and there, it’s still too early.

“You don’t want to rock the boat obviously as well, but we haven’t even started this year, so to already start thinking about ’21. I can’t think about it yet.”

Ricciardo was 11th fastest on the opening day of the second test at the Circuit de Barcelona-Catalunya, having spent the morning session in the R.S.20.