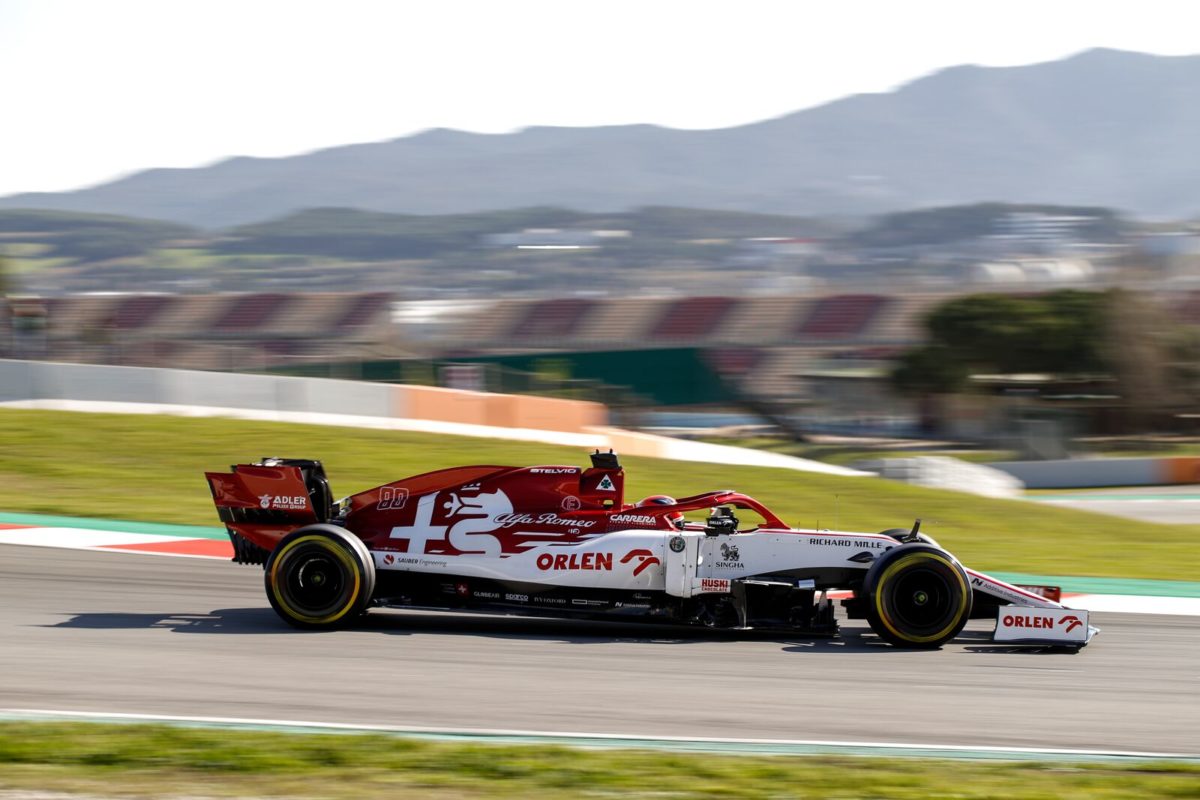 Robert Kubica has set the pace on the opening day of Formula 1’s second pre-season test in Barcelona as Max Verstappen spun after setting a time good enough for second.

Kubica, Alfa Romeo Racing’s new reserve driver, clocked a 1:16.976s on the softest, C5 compound of tyres during the morning session at the Circuit de Barcelona-Catalunya.

Red Bull Racing’s Verstappen ended up 0.405s adrift and Racing Point’s Sergio Perez was third at another 0.081s behind, while Daniel Ricciardo wound up 11th on a day that he shared with Renault team-mate Esteban Ocon.

Verstappen’s best time came on the C3 compound of tyres during the afternoon session, when long runs were in vogue.

The Dutchman was also responsible for a red flag which brought an end to the day’s running five minutes ahead of time when he spun at Turn 10 and did not get going again.

Perez’s best effort, also on C3s, occurred inside the final 25 minutes while fourth placed Daniil Kvyat stopped at Turn 4 at around the same time that Verstappen halted proceedings.

Kvyat’s team-mate, Pierra Gasly, had been in the AlphaTauri AT01 in the morning session and set a 1:17.540s which left him fifth, having only got 25 laps in due to what the team reported was a loose pipe.

Between Hamilton’s 89 laps in the morning and Bottas’ 90 in the afternoon, Mercedes completed the most kilometres of any team.

Vettel triggered one of the day’s three red flags when he spun in the morning, while Williams’ Nicholas Latifi drew another when he came to a halt on track.

Ricciardo’s fastest lap of 1:18.214s was set in the morning, with the Australian set to run in the afternoon on Day 2 and the morning again on Day 3 as he alternates with Ocon, whose personal best time was slowest of the 19 drivers on Day 1.