SuperUtes delay to allow teams to ‘make sure it’s right’

SuperUtes delay to allow teams to ‘make sure it’s right’ 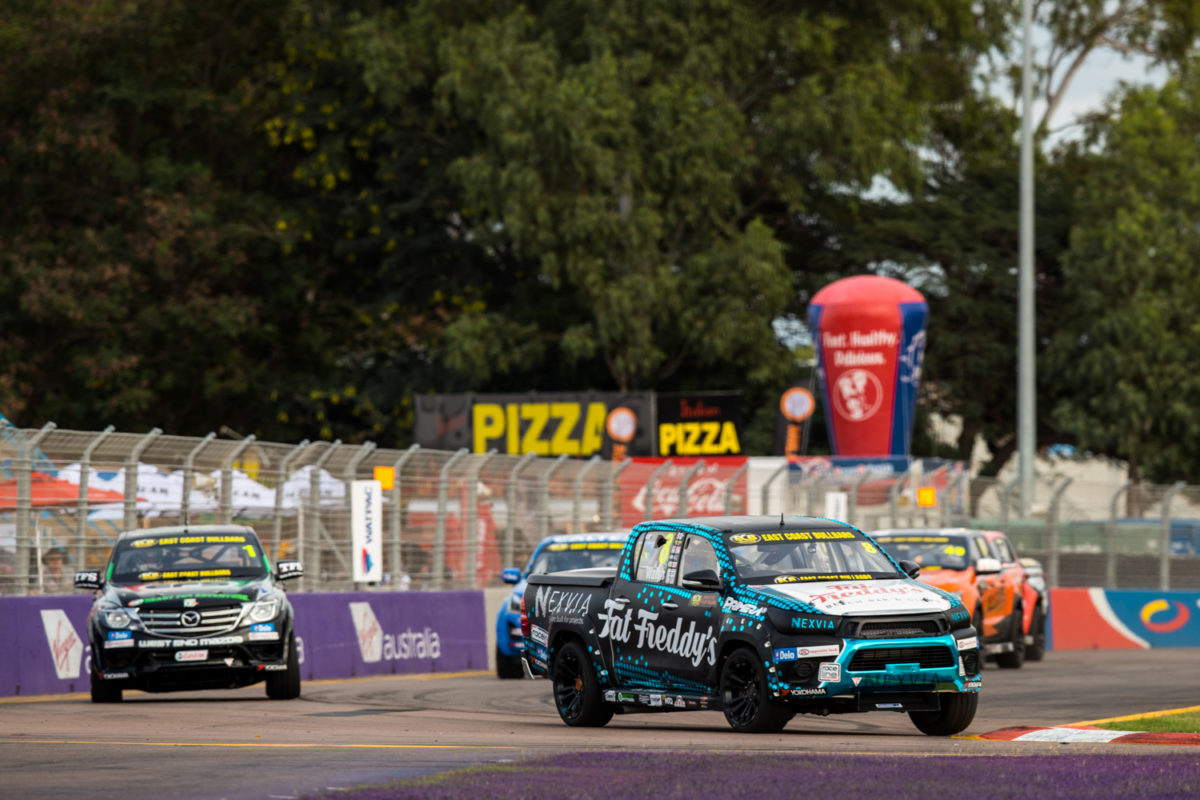 SuperUtes team owner Luke Sieders says that a delay in the category’s return provides an opportunity to properly redevelop the cars in the “one more crack” that competitors have.

The formerly turbo diesel series was to have transitioned to crate V8 power in 2020 with a mid-year start to racing, but that has now been pushed back to 2021.

While an unfavourable economic climate and tight timeframes to arrange drives is understood to have played a part, Sieders, whose operation has run around half the field since the inception of SuperUtes in 2018, is bullish about the category’s prospects.

His Sieders Racing Team will proceed with the installation of new V8 engines, having previously slotted a used engine into a Mitsubishi Triton to determine fitting requirements, with development to take place throughout 2020.

“We’re not going to push ahead with the full Supercar calendar that we had on the table because of a few factors,” Sieders told Speedcafe.com.

“But, mainly (because) we got one more crack at this and we want to make sure it’s right.

“The utes are still getting converted; I’ve got pretty much all seven of my cars 70 percent of the way through the conversion process now.

“(I am) Just waiting for some engines, which I’ve just got the email to get the ordering process underway for that, so we’ll get that happening.

“In the meantime now, we’ll probably do a lot of testing.

“I’ve got seven drivers that wanted to race this year and they’re all keen to still do stuff this year in those utes to get ready for 2021, so that’s our plan.”

Another major sticking point was the stipulation that SuperUtes produce a grid of at least 14 cars, a figure which it only reached once during the two years of Supercars ownership and turbo diesel engines.

At Peters Motorsport, the other consistent multi-car outfit, team manager Brett Peters told Speedcafe.com regarding the Queensland-based squad that, “effectively we’re out of utes”.

Of the two Mazdas and the Holden Colorado which it ran last year, the BT-50 which Peters Motorsport actually owned and installed an experimental V8 in has been leased out to be raced by Mitch Pullen alongside the old V8 Utes on the Australian Motor Racing Series program.

Team owner Rod Dawson, however, says that Peters Motorsport is “definitely” interested in a potential return to SuperUtes, as demonstrated by the fact that it has retained ownership of the series-winning Mazda.

“From my perspective, if Mitch and a few others can get to AMRS and have a run, and showcase what we’ve got, then there’s a good possibility of a deal being done going forwards to do something in 2021,” he told Speedcafe.com.

“Young Mitch is a good steerer. He’s a drifter trying his hand at circuit racing, and he can have a run and hopefully, if there’s a (SuperUtes) series, we can go and find a sponsor for him and help him to fund it and run it.

“I still think it could be a great category. They’re not going over jumps or that sort of thing, but with a V8 in them, they’ll create some excitement and entertainment, and they’ll make the right noises.”

Other teams, however, are working on conversions to V8 SuperUtes already, according to Sieders.

“All the car owners are investing in the conversion themselves, and there are multiple car owners,” he noted.

“Steve Wilson, who owns the Isuzu that Ross Stone ran (last year), is full steam ahead – he’s doing the conversion on that car to run himself – and the Formosas’ two Ford Rangers are nearly done.”

At this point, the three Sieders Tritons and the four Western Sydney Motorsport-owned Toyota Hiluxes that it runs will not join the Peters BT-50 at AMRS, but could do so in future.

“We won’t be doing that (now), but look, there’s a high probability we’ll do something like that ourselves to get some race miles under them before we hit the ground running early next year,” explained Sieders.

“We’ll (also) do some testing all over the place to get a good feel and engage in what they’re like and what’s good, bad and indifferent, and if we need to develop any other aspects of the utes as well.

“We need to make sure that we get this right when we come in because we don’t want any half-baked, negative process to what we’re doing.

“(We want to) just get the things having a good platform and a good following again.”

On the question of Supercars’ position and if that championship’s organisers are happy to wait on SuperUtes, Sieders responded, “They’re very proactively engaged with what we need and what we’re asking.”

Both Sieders Racing Team and Peters Motorsport had a presence at last weekend’s Superloop Adelaide 500, with the former supplying some of the crew for Team Sydney in the Virgin Australia Supercars Championship and the latter contesting the Gulf Western Oils Touring Car Masters.