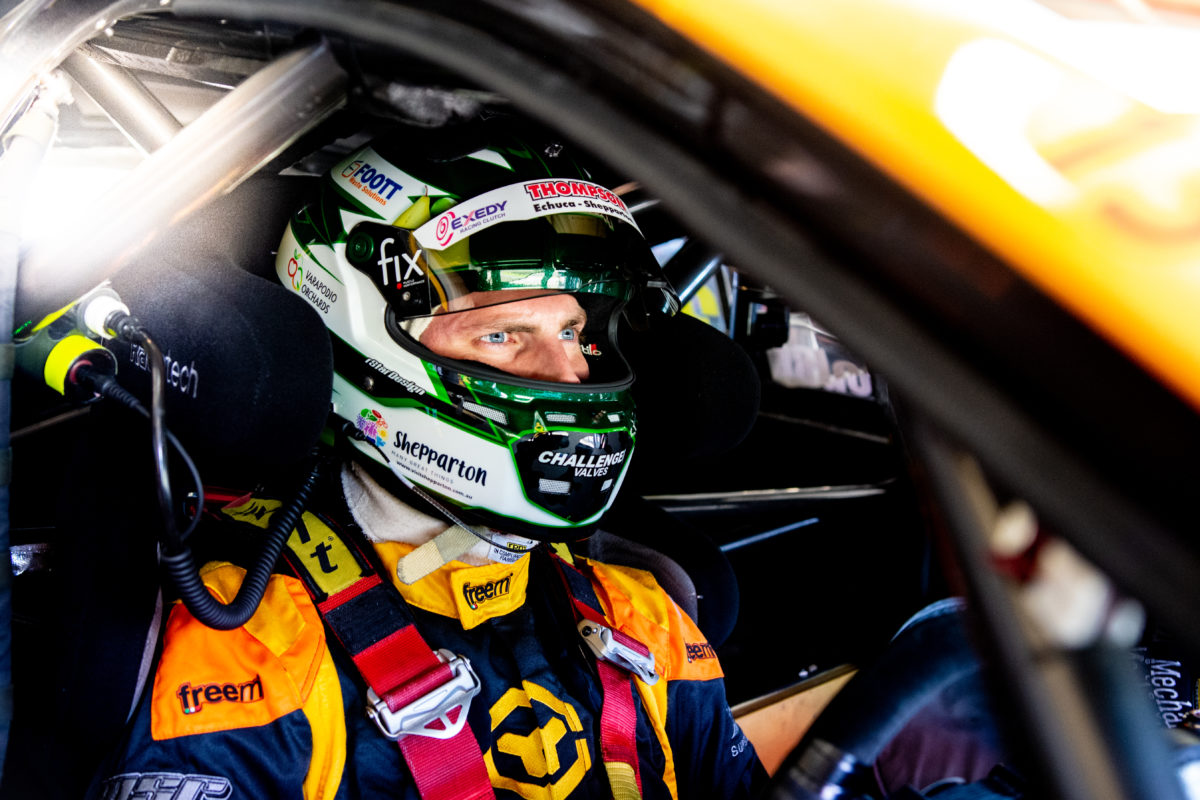 Matt Stone Racing driver Garry Jacobson will undergo surgery this week to remedy a ganglion cyst on his left ankle.

At the final round of the Virgin Australia Supercars Championship in Newcastle last year Jacobson discovered a ‘golf ball’ on the side of his foot.

The non-cancerous lump was subsequently drained, a fix that he had hoped would be permanent at the time.

However, the infection returned last week at the BP Ultimate SuperTest prior to the season-opening Superloop Adelaide 500.

Jacobson said he was shocked to see the cyst had come back almost immediately after his first day back in the car at The Bend Motorsport Park.

“I jumped out of the car, and I was like, ‘Oh crap, what’s going on with my foot?’ I pulled my shoe off, and then the golf ball had reappeared,” he told Speedcafe.com.

“I thought that I’d fixed the issue in the off-season. I had gone to get medical advice and attention to that ankle. It appeared to be only a bandaid fix and I needed a more permanent fix.

“I would’ve liked to have had everything handled by December, because that’s the off-season, where if you have any injuries you can get them fixed and ready for the next season ahead.”

The cyst proved to be a problem for Jacobson as it put pressure on a nerve, sending pain up his leg and into his hip.

Exacerbating the issue is the fact that Jacobson is a left-foot braker. Most drivers are right foot brakers.

Jacobson contacted Supercars Medical Delegate Dr Carl Le soon after the pre-season test to try find a solution and ensure he got through the weekend without drama.

Dr Le arranged for Jacobson to see an orthopaedic surgeon on Wednesday who was an ankle and foot specialist.

Jacobson received local anaesthetic and a procedure to drain the fluid in efforts to reduce the size of the cyst and relieve pain.

“That aspiration was moderately successful and by Thursday he was walking a bit better,” Dr Le told Speedcafe.com.

“We tried a few things to get him through the weekend. Both he and I knew he needed to have definitive management.”

Jacobson added: “It’s basically been a recurring injury repair, after Newcastle, and before this round at Adelaide. But the treatment plan that we’d been using was not fixing the issue.

“After the doctors all had a look at my ankle, and decided that we needed to take a bigger measure, they’ve decided to go the one step again.

“Instead of doing a procedure on it, they wanted to operate on it.”

As a result, Jacobson contested the four-day race meeting largely in pain.

“My goal was to just try and get through the weekend,” said Jacobson, who was a DNF and 20th in the two races.

“We tried some different medications that were all approved by ASADA (Australian Sports Anti-Doping Authority).

“Eventually we found the right thing that just sort of helped reduce the pain symptoms. I just had to get through the weekend, to be honest, it wasn’t ideal.

“It’s not something that you expect to have to deal with, going into your first Supercar event with your first team in a new car. But as I said, some things you just can’t control.

“It wasn’t something that I enjoyed experiencing; coming from a test at Tailem Bend and then having one day off to get my foot operated on, and then jump back in the car again for a race weekend. It was less than ideal.”

Jacobson underwent an MRI scan on Tuesday and is scheduled to have surgery in Melbourne this Thursday.

He’ll have a little under three weeks to recover before the second round of the season, the Beaurepaires Melbourne 400 (March 12-15).

Dr Carl Le expects Jacobson will be fit to race at the Formula 1 Rolex Australian Grand Prix at the Albert Park Street Circuit.

Jacobson said he’s disappointed he won’t be able to train in between the surgery and the next round. However, he’s remained optimistic despite being dealt a blow.

“It’s one of those things. You get dealt the cards you get dealt, and it’s up to the driver to just handle his preparations to the best of his abilities,” he remarked.

“It is what it is. I’m sure I’ll figure out a way to make sure I stay fit through other means of different training techniques.

“When I get to the Grand Prix, I’ll just give it my best, and go from there.”