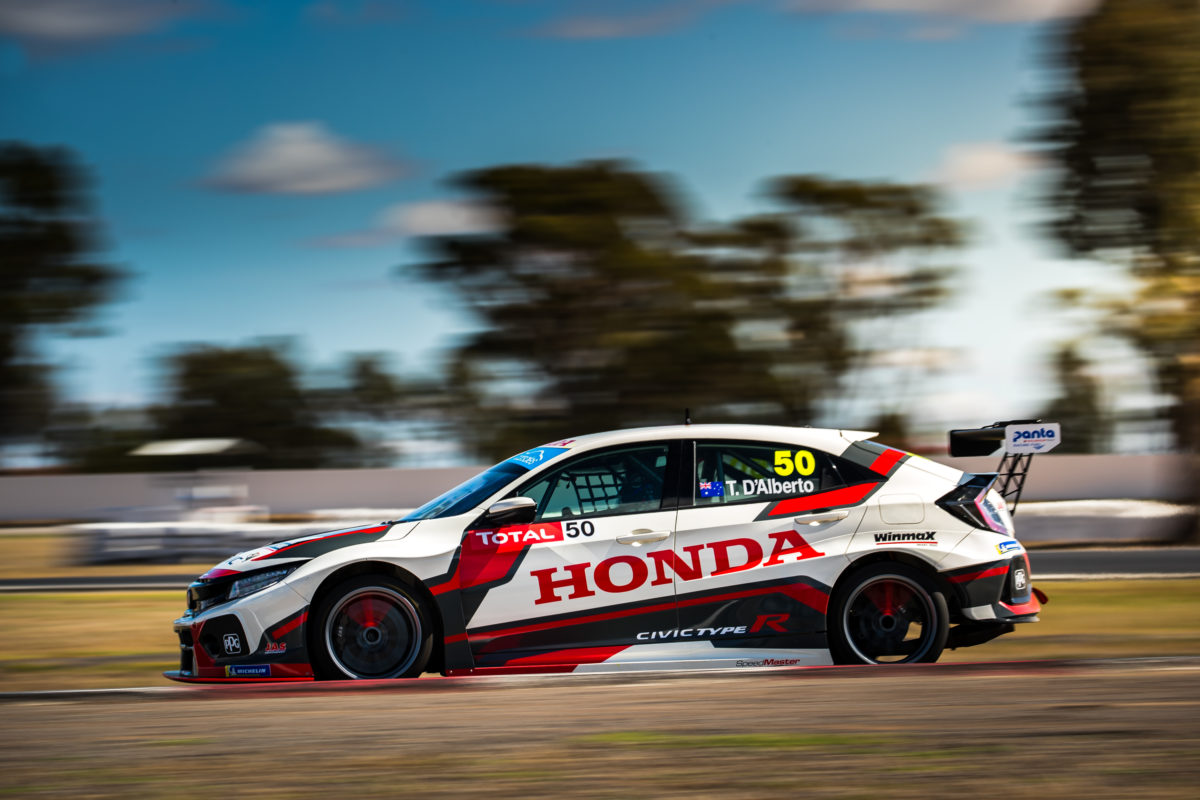 Will Brown, in a second HMO Hyundai, was less than two tenths of a second slower again, ahead of Jordan Cox (Garry Rogers Motorsport Alfa Romeo Giulietta) and John Martin (Wall Honda).

“We had a really good day. We got through quite a few things we wanted to try,” said D’Alberto.

“The car was much better than when we raced here last year. We’ve made a bit of an improvement with the set up and our philosophy.

“With the set-up, it was nice to be the quickest today. It does mean a lot.

“Obviously, we’re happy about it, but we know there’s a huge amount of work to do.”

Today’s test is the most significant track activity at Winton Motor Raceway since work was carried out to replace kerbing at Turns 3 and 4.

“Everybody is impressed with the changes they’ve made to Turns 3 and 4,” added D’Alberto.

“Before in the exit at three, if you dropped a wheel, you’re just toast. It gives you that chance to explore a little bit more, use a bit more road and if you don’t quite get it right, you’re not going to be in the fence.

“I really like those changes they’ve made. It makes Turn 4 allow the car to flow.”