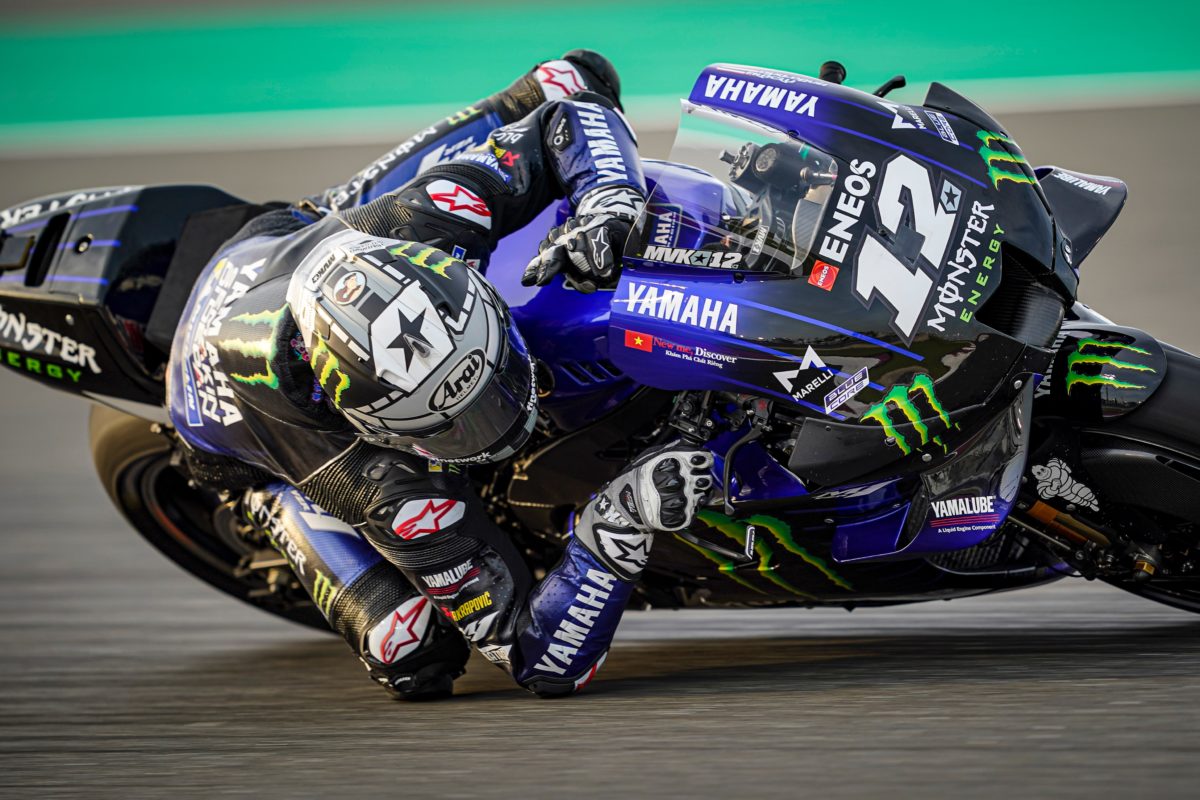 Monster Energy Yamaha’s Maverick Viñales has finished on top of the final day of MotoGP pre-season testing as Jack Miller broke a speed record at the Losail International Circuit.

Viñales hit the front halfway through the seven-hour session in Qatar and later reclaimed top spot with the 1:53.858s which would stand up as the fastest lap of the day and the three-day test overall.

Quartararo, who stopped on track with a technical problem at one point, was third on combined times for the three days, while Suzuki Ecstar’s Alex Rins was again the odd man out as he went third fastest on Day 3 with a 1:54.068s.

Pramac Racing’s Miller finished the day and the test in fifth position at 0.247s off the pace, after a mixture of time attacks and long runs, and set a new top speed record at Losail of 355km/h on his Ducati.

Marquez even spent time on a 2019 RC213V, which would normally be ridden by Nakagami this year, while Team Manager Alberto Puig said that Repsol Honda was testing items “from two or three years ago”.

On the other Hondas, Castrol LCR’s Cal Crutchlow cut 70 laps a day after finishing early due to a crash, putting #35 into 18th on the timesheet on Day 3, while Alex Marquez (Repsol Honda) was 21st of 22 riders at 1.661s off the pace.