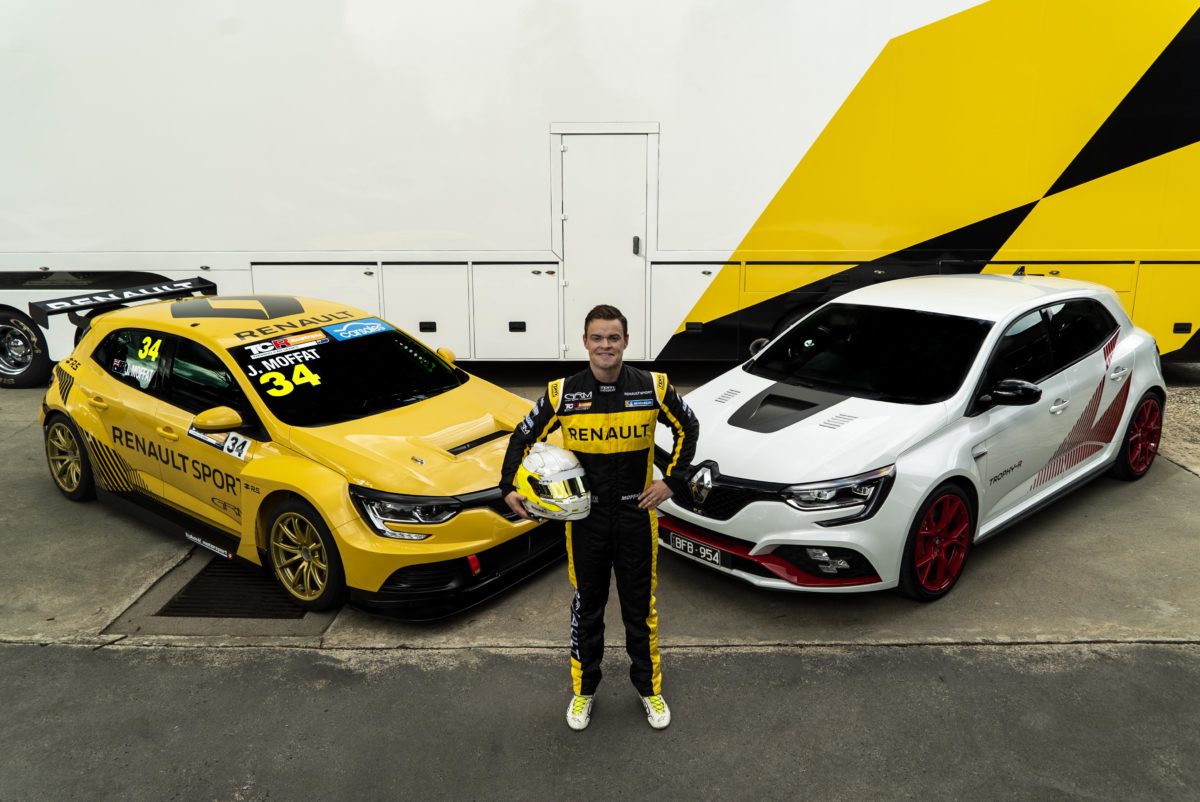 Two more Garry Rogers Motorsport cars have broken cover ahead of the 2020 TCR Australia season, namely the Renault of James Moffat and the Peugeot of Aaron Cameron.

Moffat’s car carries Renault’s trademark black and yellow hues in the style the Renault Sport Megane R.S. Trophy-R, which is said to be the French marque’s most high performance production road car.

“The distinctive Renault yellow is really going to stand out on track and it’s great to pay homage back to the Trophy-R, which is truly a unique offering for Australian customers looking for this type of car.

“The whole team at GRM have been working really hard during the off-season to find new levels performance for both this car, and Dylan O’Keeffe’s Megane and we can’t wait to get started.”

GRM has worked with the constructor of the TCR Renaults, Vukovic Motorsport, over the off-season to improve its competitiveness.

“We learnt a lot from our first campaign with Renault in 2019 and during the off-season we have worked in collaboration with Vukovic to find every possible improvement to the car, from durability to performance,” said team Director, Barry Rogers.

“TCR has really brought a new level of excitement back into our workshop, and our involvements with Renault and the level of interest from Renault owners and fans in 2019 has really inspired us to push our engineering efforts even further in 2020 as we chase Renault’s first ever TCR race win in Australia.”

Renault Australia Marketing Director Felix Boulin commented, “The Renault Sport GRM Megane R.S. TCR livery is designed to be recognisable at first glance with its unique Renault yellow colour and touches of black highlighted by the double lateral diamonds along the side.

“We are proud to continue to build our association with Garry Rogers Motorsport, further expanding our motorsport presence in Australia beyond Formula 1 and continuing to strengthen the connection between Renault’s racing heritage and our everyday road vehicles.”

GRM has also shown off the Peugeot 308 which Cameron will campaign in TCR Australia (See below).

Its Valvoline livery matches that of the Alfa Romeo Giulietta Veloce which Michael Caruso will race for the team under a two-year deal, and makes for three GRM cars carrying the colours of its long-time backer once James Golding’s S5000 is accounted for.

“For in excess of 30 years, GRM has been fortunate to have the support of Valvoline – one of the world’s best lubricant products,” said Garry Rogers.

“We are so excited to announce our new program for the coming season. Our two car TCR program with Michael Caruso and Aaron Cameron, and of course the S5000 with Jimmy Golding.”

Both TCR and S5000 will be in action at this year’s Formula 1 Rolex Australian Grand Prix from March 12-15, the former for the Asia-Pacific Cup and the latter for the first round of its inaugural season proper. 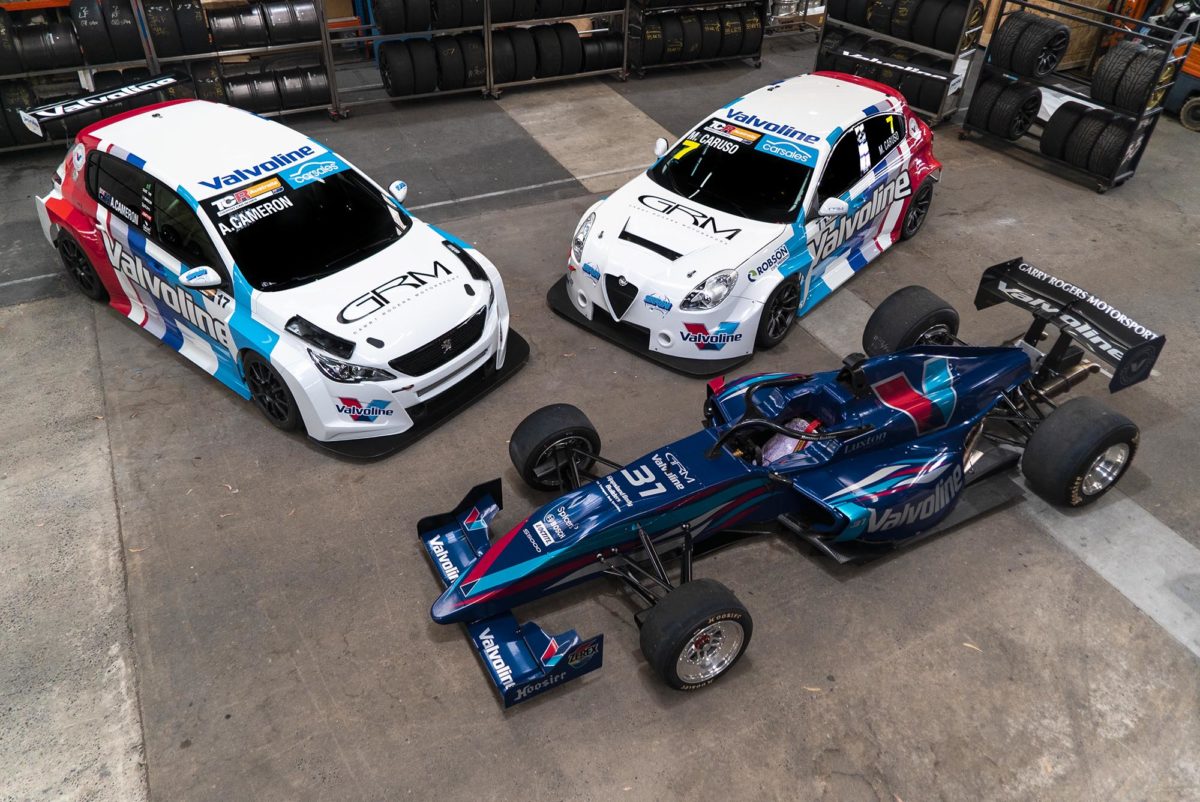