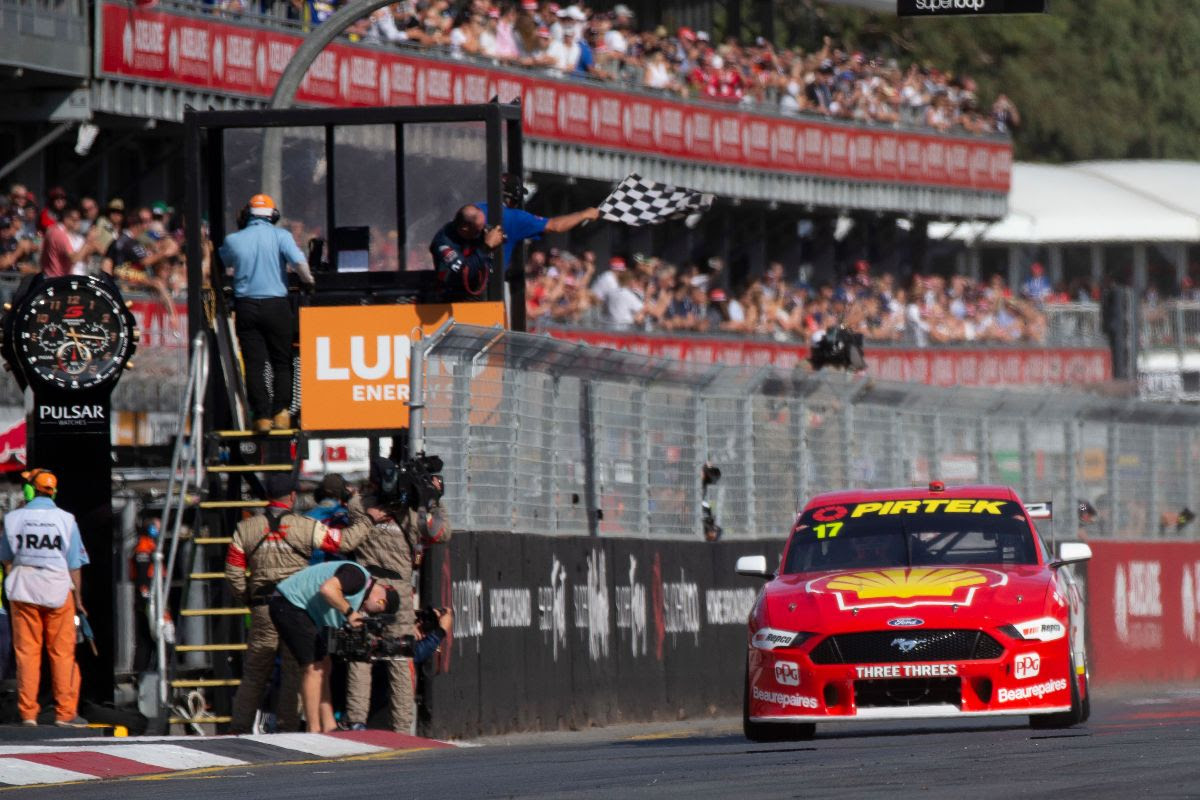 Scott McLaughlin has revealed that he “put a hell of a lot of pressure on myself” at the Superloop Adelaide 500 given it so closely followed his Texas IndyCar tests.

McLaughlin left the Virgin Australia Supercars Championship season-opener atop the standings after a second and then a win in the ‘City of Churches’.

The Adelaide 500 (Thursday, February 20-Sunday 23) was the culmination of almost a full week of on-track activity in South Australia, with the BP Ultimate SuperTest having been held at The Bend on the preceding Tuesday (February 18).

McLaughlin was at Texas Motor Speedway for his first oval IndyCar test on the Friday prior to that (February 14, local time), just days after partaking in Spring Training at the Circuit of the Americas (February 11-12, local time).

Speaking before the oval test was even announced, he told Speedcafe.com that the IndyCar running would be no distraction despite its proximity to the start of the Supercars season due to the planning put into his travel.

The Shell V-Power Racing Team driver explained in his latest Grove Racing Scott’s Corner column that he nevertheless felt under pressure to perform in his main program back in Australia.

“These past few weeks I’ve travelled across the USA – from North Carolina, to both Austin and Dallas in Texas, back to Brisbane, to Tailem Bend, then onto Adelaide, and now I’m back home writing this in Queensland,” wrote McLaughlin.

“There’s been IndyCar seat fittings, IndyCar tests on both a road course and an oval, a Supercars test day at The Bend, plus all of the chaos with the opening to a new season around the Adelaide 500.

“To come out on top and go back to back on the Adelaide streets means so much.

“To start our title defence as well as we did is just huge – I put a hell of a lot of pressure on myself to be right on the pace after the Indy deal – I didn’t want anyone back home thinking I’d dropped the ball.”

McLaughlin also opened up on other matters concerning his state of mind, namely the ongoing impact of ‘mindfulness coach’ Emma Murray.

The New Zealander was referred to Murray by AFL star and friend Jack Riewoldt after falling at the final hurdle in attempting to win a first championship title in 2017.

He gave credit to her for his ability to stay focused when he did seal the deal a year later, and again now for his calmness last Sunday when his crew erred strategically by giving up the race lead, and crucial track position, to Shane van Gisbergen during the first pit stop cycle.

“Ours was a simple mistake which we’ll address this week – the boys made a small error and took their eye off Shane van Gisbergen and his crew while they were stopping,” recalled McLaughlin in the column.

“They leapfrogged us and I knew from that moment the race was probably lost.

“I was surprisingly calm at the time – my boys have been the best in the business in the lane over the years – and that was just a rare off moment.

“In the past, I would have blown up, thrown the toys out of the cot, lost my focus – but my work with mindfulness coach Emma Murray has made me so much more calm behind the wheel.

“If a pair of seconds was the best we could manage, then so be it. “

The Red Bull Holden Racing Team repaid the favour and then some when they failed to sufficiently refuel van Gisbergen’s car at what should have been his final pit stop, prompting McLaughlin to admit post-race that he “got away with one”.

The Mustang driver reaffirmed that he “felt bad for SVG afterward” when he was told what had happened, “But I’ll take their misfortune – you need luck in this game when you can get it”.

McLaughlin’s championship lead is 27 points back to van Gisbergen’s team-mate, Jamie Whincup, ahead of the Beaurepaires Melbourne 400 at Albert Park on March 12-15.

The DJR Team Penske driver is set to make his IndyCar race debut on the Indianapolis ‘roval’ in May.