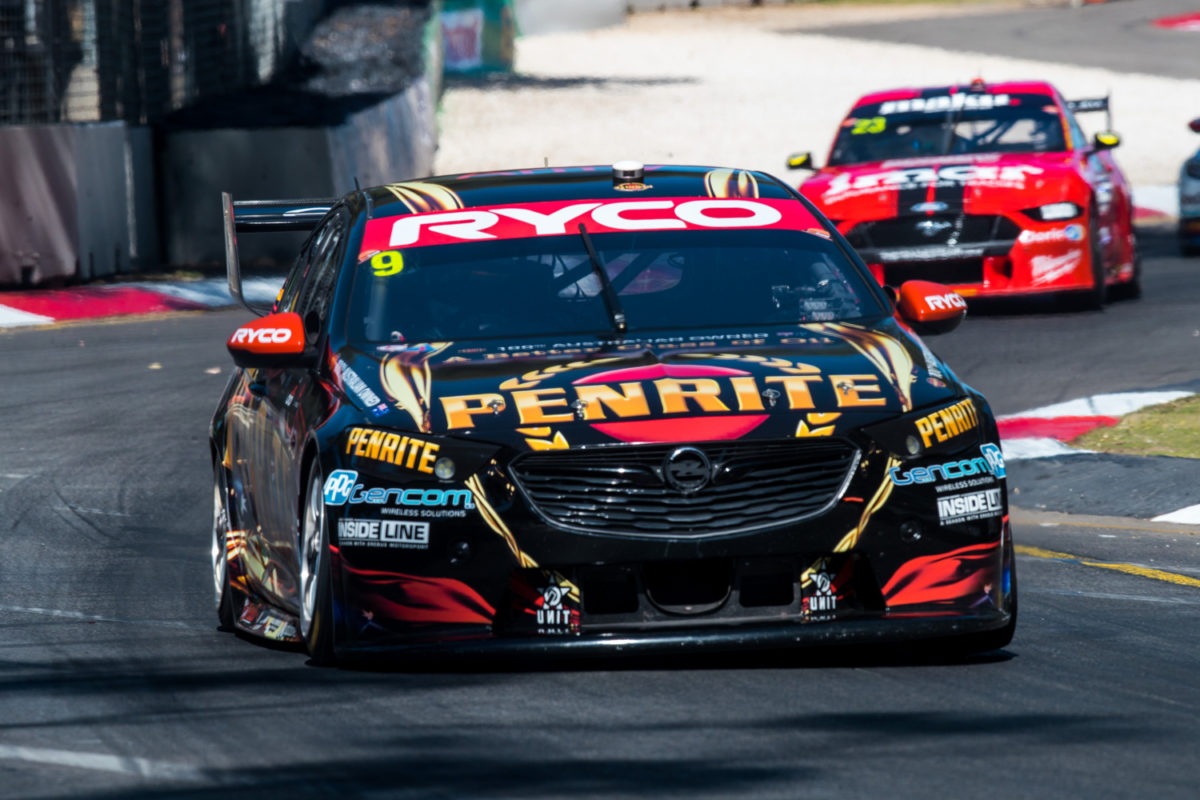 Reynolds was duly given a drive-through penalty for the incident but recovered to finish eighth, fortunate to get a second early Safety Car. Meanwhile, De Pasquale was out of the race instantly after he was hit by Scott Pye as he faced traffic.

A dejected Reynolds spoke with Speedcafe.com following the incident, detailing the mental torment he faced during the 78-lap affair.

“I got a good start from 14th and straight away I felt like my car was good,” said Reynolds.

“I got to Mark Winterbottom and got a run through Turn 8, tried to pass him at Turn 9, ran a little bit longer than normal I suppose trying to make the pass stick, and I just tagged the back of Anton and turned him around.

“Someone crashed into him and ruined his day. That’s disgusting. It’s bad. It’s everything you don’t want it to be, especially when it’s your own team-mate.

“There are 22 other blokes out there I would rather crash into. You carry that guilt and that sadness for the rest of the race. It’s not fun. It was just a shit race.

“The end result was okay. Eighth is not that bad really, just how I got there is not ideal.”

Reynolds apologised to De Pasquale soon after the conclusion of the race, the Supercheap Auto Bathurst 1000 winner keen to affirm his admiration of his young stable-mate.

“He always sees the bigger picture. He’s a smart kid. He’s actually really, really good. He’s got a good head on him. His emotions are in check.”

The 24-year-old lamented the costly mishap by his team-mate, but said the team needs to regroup quickly for the Beaurepaires Melbourne 400.

“These things happen, this is the first time we’ve come together as a team,” said De Pasquale.

“It’s not ideal. We’ve just got to get over it and move to the Grand Prix and worry about the team and getting good results.

“It’s not a great way to start the year. We want as many points as we can early in the year, especially in Adelaide to build momentum not only for my drivers’ championship and his, but the teams’ championship as well.

“That’s something we’re aiming for and it’s not a good start.”

Reynolds and De Pasquale lie sixth and 20th respectively in the championship.

Round 2 of the championship takes place over March 12-15 in support of the Rolex Formula 1 Australian Grand Prix at the Albert Park Grand Prix Circuit.