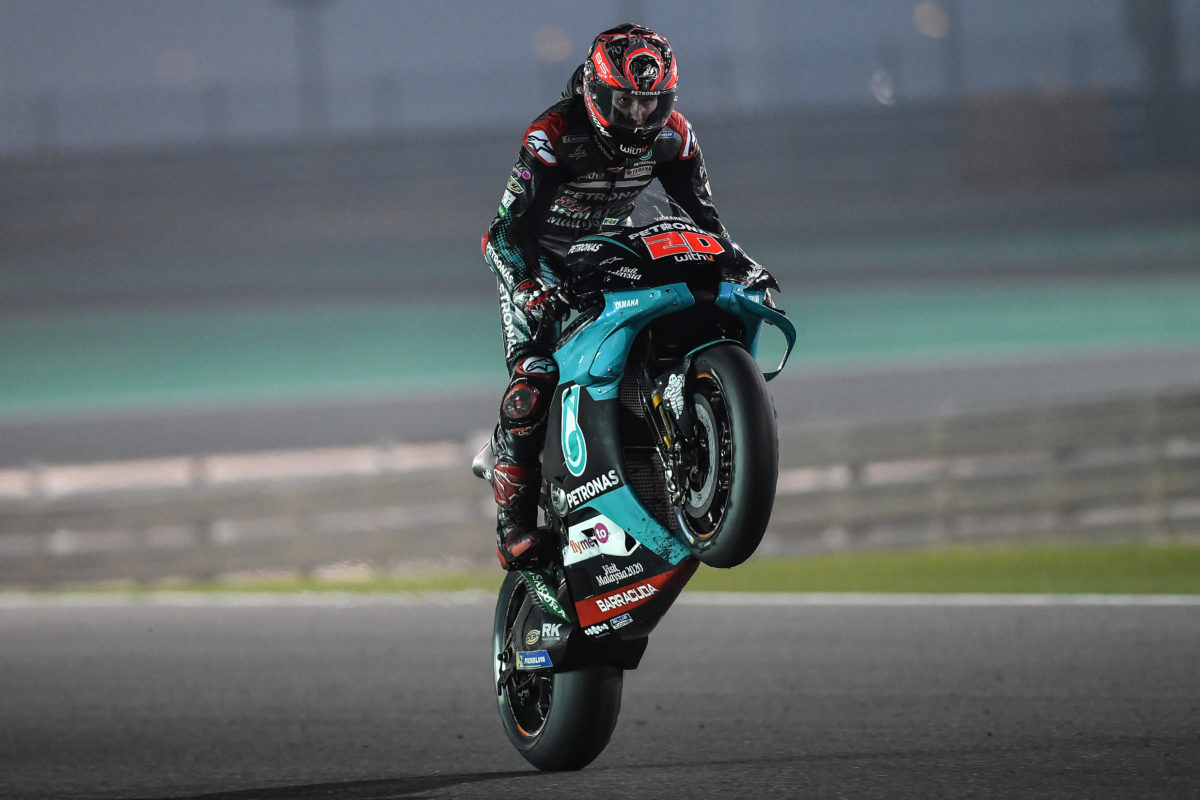 Although still recovering from off-season shoulder surgery, Marquez was uninjured, according to his Repsol Honda team, but the bike incurred significant damage.

“Today I had a crash at Turn 8 in the change of direction,” explained the six-time premier class world champion.

“I’m having to use my legs more with my shoulder still recovering and I pushed a bit too much and lost the front and wasn’t able to save it. Fortunately, I am OK after this.”

Marc Marquez ended the night 14th fastest at 1.055s off the pace, with team-mate and brother Alex 19th at 1.687s away from the fastest lap.

That belonged to Petronas SRT Yamaha’s Quartararo, who fired in a 1:54.038s with around 90 minutes of the seven-hour test day remaining.

The Frenchman was one of three Yamaha riders in the top four, with Maverick Viñales (Monster Energy Yamaha) third at 0.226s back and Quartararo’s team-mate Franco Morbidelli 0.217s slower again.

The Iwata fest was broken up by Day 1 fast man Alex Rins of Suzuki Ecstar, who had a crash on his way to a 1:54.200s on his penultimate of 53 laps.

Pramac Racing’s Francesco Bagnaia was fifth on his Ducati, ahead of Johann Zarco (Reale Avintia Ducati) and Joan Mir (Suzuki Ecstar), the latter of whom also had a tumble.

Cal Crutchlow had an early end to his day due to a crash on his Castrol LCR Honda and was shuffled back to 21st.