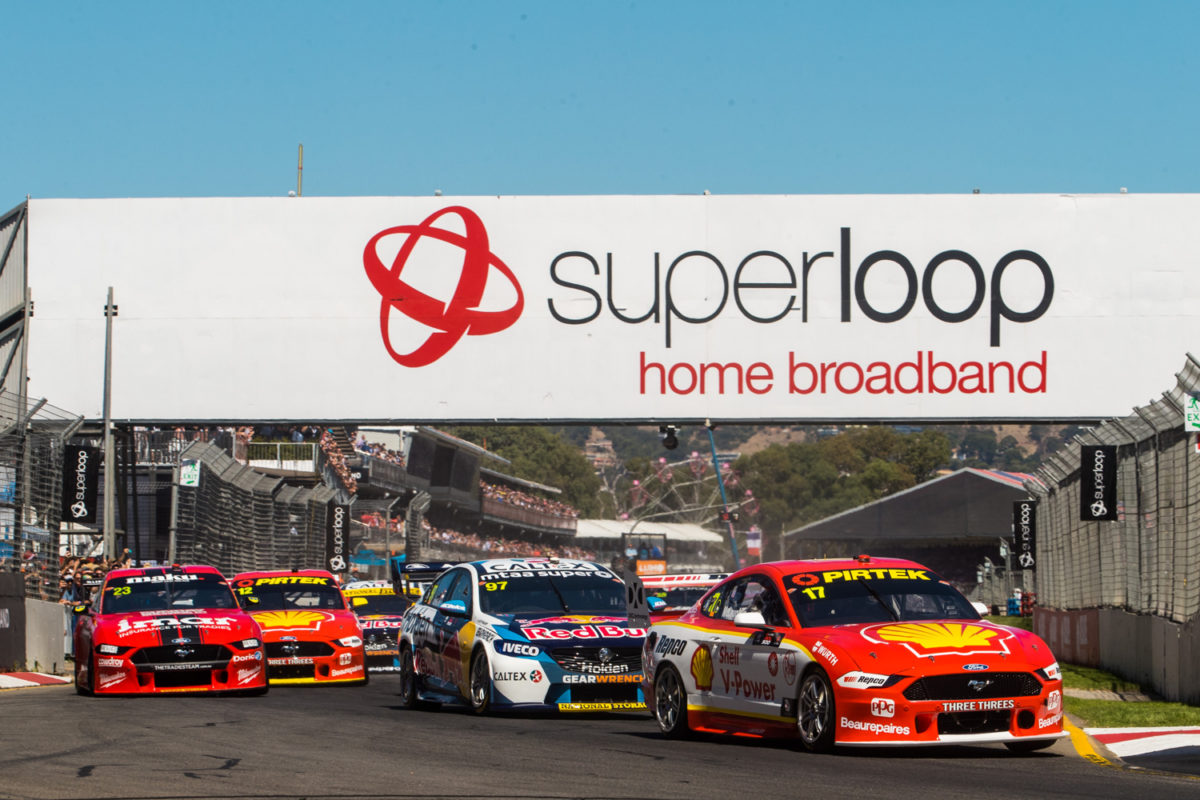 Understanding where Supercars is planning to take the sport with its next set of regulations is important to the promoters behind the Superloop Adelaide 500.

Promoted by South Australian Tourism Commission, the season-opening event has held down the opening slot on the calendar for the past two decades.

Organisers acknowledge that the event has to continue to evolve to attract fans, at a time when Supercars is also undergoing a process of evolution.

That process has been hastened by news that Holden will withdraw from the market by the end of the year.

Discussions internally at Supercars are focused on solidifying the sport’s plan in the short and medium term, which could see aspects of the Gen3 regulations accelerated.

It could see the introduction of some components of that ruleset as soon as 2021 with the remainder to come the following year.

The Adelaide 500 currently holds a contract to host an event in 2021 with negotiations yet to formally begin.

Discussions between promoters and Supercars, however, are frequent.

“I think it’s pretty important,” Hitaf Rasheed, executive director for Events SA, told Speedcafe.com when asked how important it was to understand the new rules ahead of signing a new contract for the event.

“I think it’ll be important for all of us to get some certainty about what the future looks like.

“I think it’s also important to get it done sooner rather than later. And Supercars are very aware of that.”

Though unwilling to be drawn on what the appetite from the South Australian government was like over continuing the event, Rasheed admitted the event was important for the local economy.

“We’ve had a lot of history with this event,” she said.

“It’s important to the state, last year (it injected) more than $40 million into the South Australian economy.

“It’s a big event, great media, it’s all part of what we’ve got to offer.”

Rasheed explained that the event fits in with the ‘Mad March’ concept in Adelaide, which brings together a number of festivals and events.

“It’s not just one event, it’s a combination of many; it offers a lot. We’re passionate about events and the state, we’re proud of how we deliver them.

“We feel like we deliver the best events in the country and this event, alongside Bathurst, is a jewel in the Supercar crown and we’re proud of that.”

The key, however, was to continue to evolve the event to ensure it continues to attract crowds in at a time when factors outside of the motorsport world are presenting a more difficult economic climate.

“Definitely we continue to evolve the product. We try to improve the entertainment offering each year, adding more value around the track so that it’s a bit of a journey for the fans.

“There’s motorsport but there’s entertainment around the park, and then obviously there’s the concerts that form part of the off track entertainment.

“We’re always looking to improve the experience for the fans.

“In recent years, we have also brought in some of our fence lines to reduce the impact on the city during the event time and during the build period.”