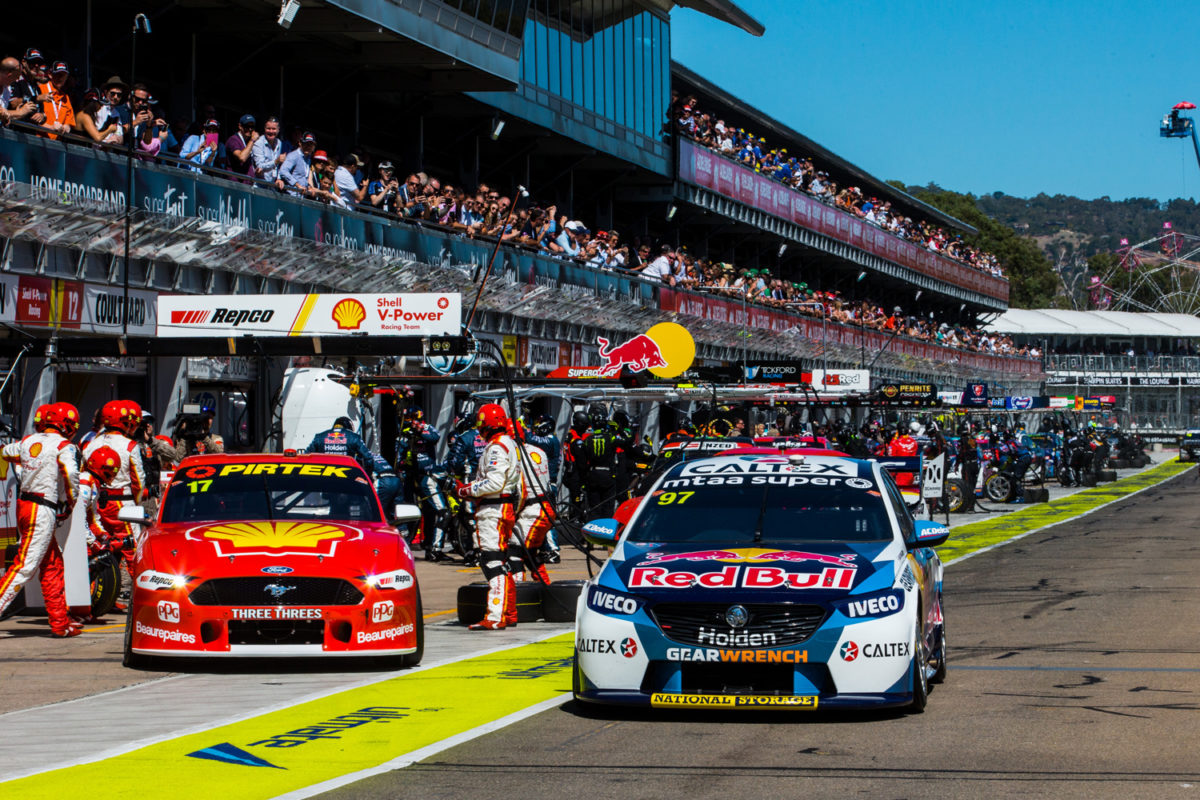 Shane van Gisbergen has detailed the sequence of devastating mishaps which cost him probable victory in the second Supercars race of the season.

Having claimed pole position, van Gisbergen lost the lead to Kiwi countryman Scott McLaughlin at the start of the race.

The first round of pit stops under Safety Car saw the pair switch positions after the Shell V-Power Racing Team failed to release McLaughlin in time.

As a result, van Gisbergen got the lead and stretched his legs until the second round of pit stops. It was at that point that the Triple Eight Race Engineering crew failed to put enough fuel in.

That meant van Gisbergen needed to pit once more to meet the minimum fuel drop requirements.

Amid all of that, van Gisbergen began to feel something wasn’t right with his car early on in the race.

“It was after the first Safety Car (on Lap 2),” van Gisbergen told Speedcafe.com.

“We got (McLaughlin) at the pit stop, which was interesting; I thought they would drop in front. They didn’t react quickly enough.

“I adjusted the rear to suit and sort of (got the car) balanced but obviously not optimal. Somehow the pace was good.”

Despite the drama with his car, van Gisbergen began to extend his lead over McLaughlin to 9.5s in an effort to minimise the impact of having to stop for a third time.

However, he noted his efforts might have been to the detriment of his car.

“It was pretty surprising to be able to drive away,” he said. “Obviously I think that has put more load on the front.”

Once van Gisbergen returned to the race he lay fourth and more than three seconds adrift of Cameron Waters of Tickford Racing. Not far ahead of Waters sat Walkinshaw Andretti United driver Chaz Mostert.

“I was just trying to push harder because of having no front roll bar,” said van Gisbergen.

“It hung onto its tyres.

“I had been pushing quite hard. It got worse after the pit stop and then it stopped getting worse.

“The pace was still good catching those guys. I thought it would be solid to the end of the race, just bent, (and) I got more and more confident then started to attack.

“Once I got to them the front was really bad. It was still driving okay. I passed Cam and as I passed him the front broke.

“I was quite lucky not to hit him. It’s just unfortunate. Maybe it would have happened if we were in the lead, which would have been a lot worse.”

While disappointed not to finish the race and collect a handy haul of points, van Gisbergen was conscious it could have been a lot worse if the part had broken at the Turn 8 kink a corner later.

“If it had happened there, it would have been even worse,” he observed.

“We didn’t hit anything. We’ve got a straight car and a fast car.

“When we came out of the pits the grip was good again. I knew it’s not easy passing Cam and Chaz but it would have been fun to try.

“I’ve got some points to make up, I’ve got a fast car though.”

Van Gisbergen’s DNF leaves him 13th in the championship ahead of the Beaurepaires Melbourne 400 on March 12-15.