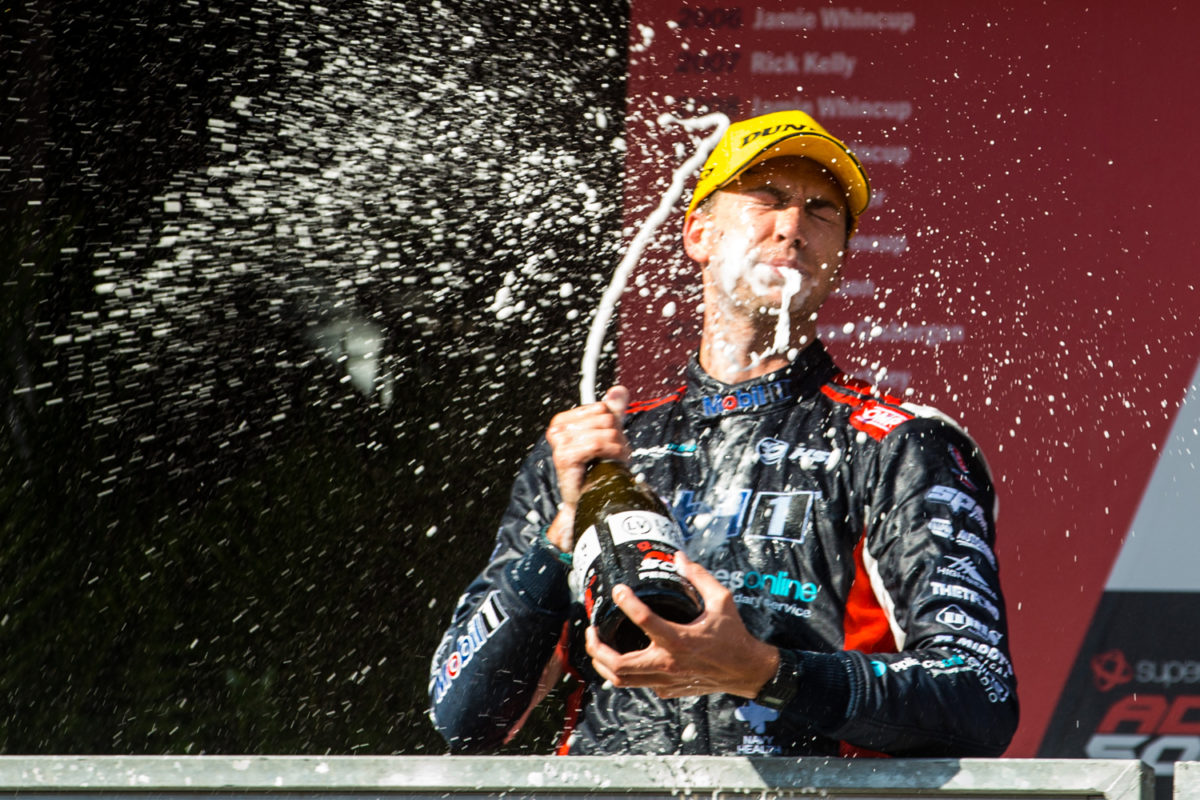 Chaz Mostert on the podium

Chaz Mostert has labelled his performance in Race 2 at the Superloop Adelaide 500 a ‘dream start’ to his Walkinshaw Andretti United tenure.

Having switched teams from Supercheap Auto Racing to the Holden-shod squad during the off-season, Mostert was immediately on the pace at the season opener in Adelaide.

He raced to seventh on debut for the squad in Saturday’s race after qualifying fourth.

That was followed by a second Top 10 Shootout appearance in as many days, and a fifth-place start slot for Sunday’s race.

Mostert held sway in the opening exchanges, taking to the pits under the second Safety Car at the end of Lap 12 when Chris Pither nosed in at Turn 11 where the team long filled him.

The race then came back to the WAU driver who rose to second once Shane van Gisbergen pitted with 10 laps to run.

That saw him pitched in battle with Cam Waters, and the charging van Gisbergen in the latter stages before a suspension failure accounted for the Red Bull Holden Racing Team entry.

“It’s a dream start with a new team,” said the second placed finisher.

“We had our challenges this weekend, we were pretty fast in Practice, had a lot of new tools in the toolbox.

“These cars are pretty different to where I’ve come from so a little bit on the back foot with my engineer (Adam De Borre) trying to work out the processes and what the car’s capable of doing but we learnt from yesterday and we made the car a little bit better today.

“We’re still a little bit behind Scotty (McLaughlin, race winner) and T8, even Cam had my measure in that race but it was just good to maximise for a podium today.”

Mostert added that his early experience at WAU has left him in a happier mental state, and is enjoying the concept of leading the team and mentoring his young team-mate.

“For me, off track, mentally, way happier,” he said.

“The team’s really behind me and to see the emotion in there for getting that podium is pretty amazing.

“Even the practice, they’re living every lap with me and it’s pretty awesome.

“Bryce (Fullwood) is an awesome young dude, very passionate about his motor racing and this is a tough event for a Development Series (Super2) guy to step up to,” he added.

“I love the idea of a rookie coming in. I was very lucky when I first came into the main game to be partnered up with Frosty (Mark Winterbottom) and I learnt a lot from him.

“It’s good when you’ve got an older guy and a young guy coming through and there’s so much more to this game than driving.

“There’s a lot of off-track stuff and you need a lot of help with that. I’m here to help him as much as I can.”

Mostert hold down third in the championship after the opening weekend of the season with 234 points, 54 down on leader McLaughlin.