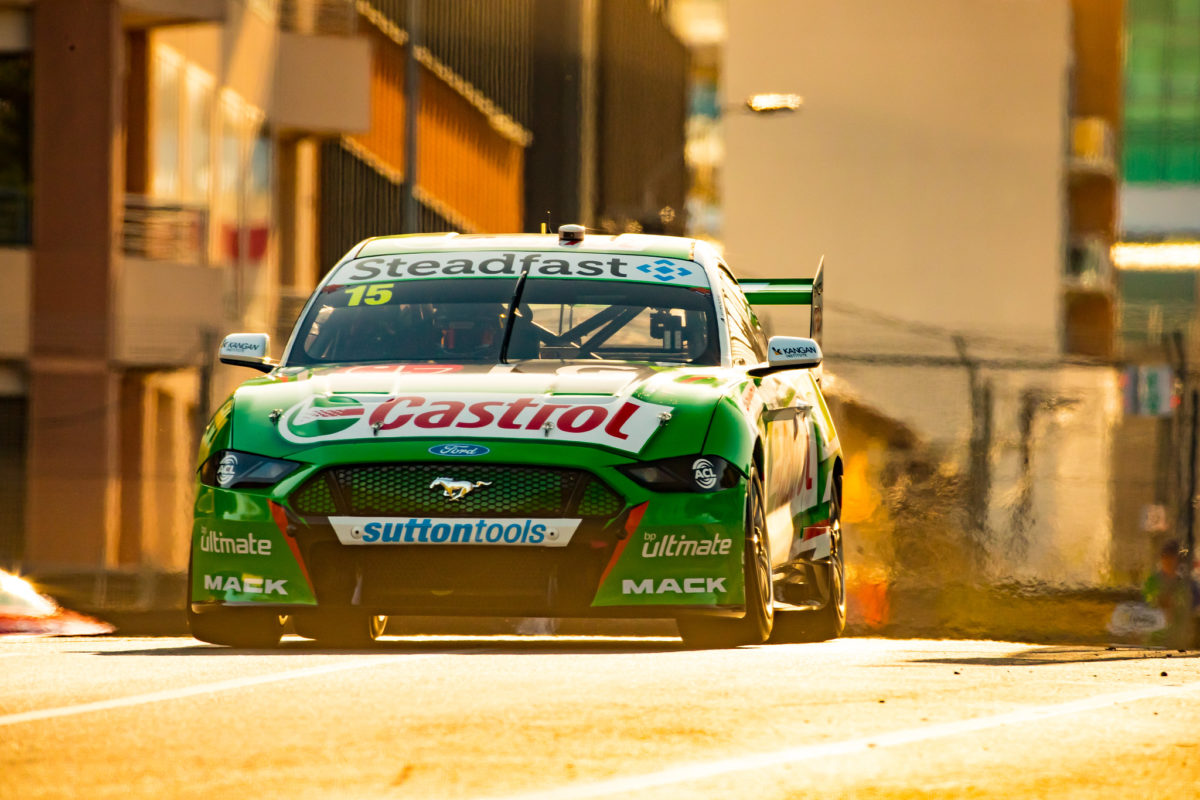 Todd Kelly says he was blown away by his team’s performance in the opening leg of the Superloop Adelaide 500.

Having switched from Nissan Altimas to Ford Mustangs since the 2019 Supercars Championship, Saturday’s race marked its first with the new machinery.

The team recorded ninth and 11th place finishes with Rick Kelly and Andre Heimgartner respectively, the duo having moved forward from 16th and 13th qualifying positions.

“It’s just been a dream run to start from scratch and have so many unknowns. There’s thousands of unknowns in that car.

“We did our best with every single aspect of it, so to be rewarded with how the cars ran is outstanding.

“We’ve also had quite a lot of structural changes, obviously going from four cars to two, but the also management of the whole team is completely different, so it’s almost like we’ve started an entire team from scratch in a few months,” he added.

“It actually ran, in the garage, as if we’d been doing it for years as a group and as a team.

“All in all, if we could achieve what we have today (Race 1) with all of those things going on, we’re quite excited for the rest of the year.”

Kelly was especially enthused by the prospect of the as yet unsorted Mustang’s potential, given the hurried lead up to the event.

The team battled against the clock to convert one of its Altimas into a Mustang and build an all new chassis for the 2020 season, alongside developing its own engine.

“We’re quite excited for the rest of the year,” Kelly said.

“It’s not going to be a five minute exercise getting from where we are to competitive.

“We haven’t got the car right, and we haven’t even begun to understand the set-up of the car either,” he added.

“The way you set each of these cars up, a Ford or a Holden or a Nissan, is a lot different to maximise the aerodynamic ability of the car.

“So we’re heading down a set-up window where we’ve never been before to try and get this car to work.